“81 Bowery is their home and their only choice for a place to live.” 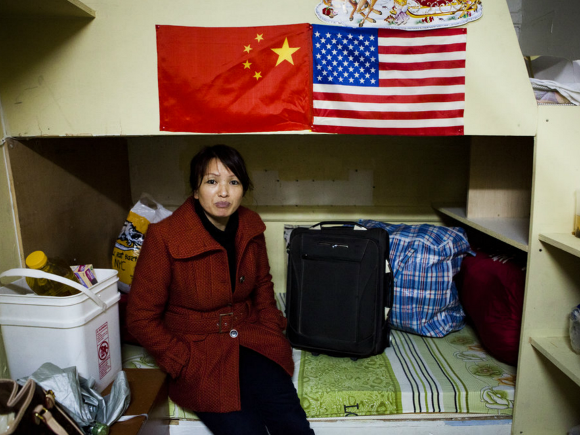 “Truly, the bed is all there is room for.” – Jacob Riis

Once described by documentary photographer Jacob Riis as the “great democratic highway of the city,” the Bowery teemed with lodging houses in the late 19th century that charged seven to twenty-five cents a night to waves of newcomers, mostly young and male hailing from Central or Eastern Europe, rushing into New York City. Many of the young men were just starting out in the city, workers who were poor and didn’t yet have families.

These lodging houses that took them in, which Riis documented in his photography book, How the Other Half Lives, merely provided what he called at the time “the pretense of a bedroom” and “an apology for a bed,” which often didn’t amount to more than a spot on the ground or a strip of canvas hanging between two wooden planks.

How the Other Half Lives was published in 1890, and since, Riis’s reputation has become tinged with charges of sensationalism and insensitivity. However the Bowery still remains the site of one of the most inexpensive (and well-known) Single Room Occupancy buildings, or SROs, in Chinatown: 81 Bowery. A room there—a 64 square foot cubicle—can cost between $100 and $250 a month, or $3 to $9 a night.

81 Bowery has been the subject of coverage by the Village Voice, the New York Times and CNN. The segment aired by CNN this past March on living conditions there led a concerned viewer from Arizona to call the FDNY, which then issued a vacate order citing “fire egress” and “sprinkler issues.” Ten minutes of interviews and footage left the approximately fifty residents of 81 Bowery scrambling to find a bed with friends, relatives, the Red Cross, or the Housing Preservation and Development (HPD). Most were Chinese immigrant workers, some undocumented.

When they lived there, life was communal. Annie Ling, a photographer who chronicled the stories at 81 Bowery in photos she took in 2011, which were subsequently published by the New York Times, told Forward Magazine, “The community of immigrant workers functions like a family.”

With little to insulate the sounds and smells of neighbors’ lives, the residents had to learn to trust each other—meals were shared, family photos passed around, and bunk beds constructed, scaling DIY partitions extending the cubicle walls. Yet it was these DIY partitions that the city cited as fire hazards when residents were forced out in November of 2008.

In 2009, Elizabeth Dworskin wrote a feature for the Village Voice on 81 Bowery, in which she argued that landlord Donald Lee had “resisted” pulling down the offending partitions for eight months after the eviction, leaving doubt as to whether it was Lee’s resistance or the partitions that kept the residents from returning to their homes.

“I will never get them out,” Dworskin quotes Lee saying. In 2005, he had already filed a suit against the tenants to evict them, but the case was dismissed by a Manhattan judge, and Lee has already paid thousands in legal fees and a $10,000 fine. Lee refused to allow the 81 Bowery tenants back in after their 2008 eviction, even after the Department of Buildings lifted its vacate order.

In 2009, nine months after their eviction and following a lawsuit filed on behalf of the tenants, the residents were finally able to return to their former homes. That is, until they were kicked out last month. They have not been allowed back since.

Why would the residents of 81 Bowery fight to return to such bare and crowded accommodations? Ling explains that they remain partially because of the cheap rent and its location. “They struggle to operate outside of Chinatown because of language and cultural barriers,” she says. Many have families in China they have not seen for years, and 81 Bowery, for the residents, is where they feel a sense of community. Some of them have been living there for decades.

The Committee Against Anti-Asian Violence (CAAAV) has stated that the newly evicted residents plan to demand a return: “81 Bowery is their home and their only choice for a place to live.”