This October, join the AAWW for an event celebrating Eugene Lim‘s highly anticipated new book, Search History. With the use of brilliant prose, this uniquely inventive novel explores American culture, technology, artmaking, and storytelling through the eyes of a grieving narrator. Eugene will be joined in conversation by writer Gina Apostol.

Purchase a copy of Search History by Eugene Lim from our friends at Books Are Magic! 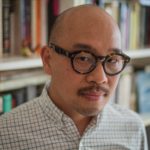 EUGENE LIM is the author of the novels Fog & Car (Ellipsis Press, 2008), The Strangers (Black Square Editions, 2013), and Dear Cyborgs (FSG Originals, 2017). His writings have appeared in The Brooklyn Rail, The Baffler, Dazed, Fence, Little Star, Granta, and elsewhere. He is a high school librarian, runs Ellipsis Press, and lives in Queens, New York, with Joanna and Felix. 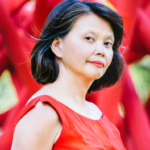 GINA APOSTOL‘s fourth novel, Insurrecto, was named by Publishers’ Weekly one of the Ten Best Books of 2018. Her third book, Gun Dealers’ Daughter, won the 2013 PEN/Open Book Award. Her first two novels, Bibliolepsy and The Revolution According to Raymundo Mata, both won the Juan Laya Prize for the Novel (Philippine National Book Award). She was a fellow at Civitella Ranieri in Umbria, Italy, and Emily Harvey Foundation, among others. Her essays and stories have appeared in The New York Times, Los Angeles Review of Books, Foreign Policy, Gettysburg Review, Massachusetts Review, and others. She lives in New York City and western Massachusetts and grew up in Tacloban, Leyte, in the Philippines. She teaches at the Fieldston School in New York City. Photo by Margarita Corporan.