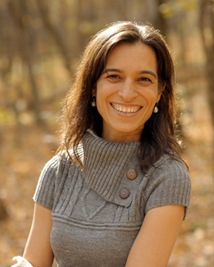 Are you in dire need of a bon voyage? Come hear three acclaimed writers read works set in the places usually at the periphery of the map. Alice Albinia re-imagines the Mahabharata in urban Delhi in her debut novel of manners, Leela’s Book. A character-packed page-turner, Leela’s Book is a fable about family and storytelling and a “rollercoaster romp through the centuries, accompanied by a disgruntled Ganesh” (Kishwar Desai, India Today). PEN Faulkner winner Sabina Murray chronicles four thousand years of the bravest and most sadistic men who ever lived: the colonial pioneers of the Age of Exploration. Her short story collection Tales of the New World is jam-packed with “Italian noblemen, African chiefs, Russian prisoners, Australian Aborigines, even Aztec kings” and talks of “times and places, horrors and joys; of oceans, deserts, starvation—of quite simply everything—very beautifully, bringing it all close to us, to here, to now” (New York Times Book Review). American Book Award winner Neela Vaswani offers her readers a glimpse into what it is to live–and be–“in-between” in her mixed-genre work You Have Given Me a Country. The work, which is “part history, part memoir, and part social commentary,” is at its heart, “the story of family, and how love can hold it together in the face of obstacles.” (ForeWord)

Alice Albinia is the author of Empires of the Indus, which won the Somerset Maugham Award, the Authors’ Club Dolman Travel Award, and the Jerwood/Royal Society of Literature Prize. Her writing has appeared in The Guardian and the Financial Times. She lives in England.

At the age of two, Sabina Murray and her family moved from Lancaster, Pennsylvania to Perth, Australia and in 1980, the family moved again to Manila. She did not return to live in the States until she attended college. She “is an explorer – someone with a hankering to visit places others tend to avoid” (New York Times). She is the author of Slow Burn, A Carnivore’s Inquiry, Forgery and The Caprices. She is also writer of the screenplay for the film Beautiful Country, released in 2005. Murray is professor of English and teaches in the MFA/Creative Writing Program at the University of Massachusetts in Amherst.

Neela Vaswani is author of the short story collection Where the Long Grass Bends, and a memoir, You Have Given Me a Country. She is also co-author of the Young Adult novel in letters, Same Sun Here. Her work has received the American Book Award, an O. Henry Prize, the ForeWord Book of the Year gold medal, an Asian/Pacific American Award for Literature, and many other honors. She has a Ph.D. in Cultural Studies, lives in New York City, and teaches at Spalding University’s brief-residency MFA in Writing Program. She is founder and curator of the Storylines Project with the New York Public Library.

Off the Beaten Path: Fiction Writers