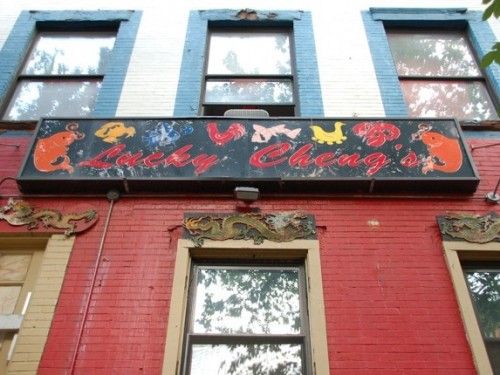 As for dragging Lucky’s to Times Square, manager Youri Benoiston is excited. “The act is going to be more glitz, more feathers, more costumes, more show. More of everything,” Benoiston told Open City. Mermaid Inn chef Richard Krause is said to be helping the restaurant improve its menu, which Zagat once gave a very unlucky score of 9.

In anticipation of the big move, Open City sat with the restaurant’s cross-dressing waitstaff to discuss feathers, Mac vs. PC, and why drag queens are actually proctologists. Let the phallic balloon-filled fun continue! 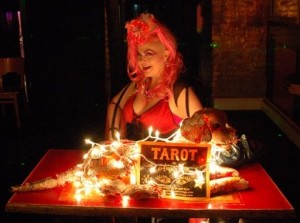 At Lucky Cheng’s for 15 years

I’m a singer and performance artist. But here I do tarot cards. I’m also a comedian. I’m a funny bitch, as you can tell. If you can make people laugh, they relax a little bit. Oh, what’s that? That’s the stick falling out of their ass. And that’s our job basically. We’re proctologists, us here at Lucky Cheng’s, because we pull the stick out of your ass. We’ll kick you in the head and pull that stick out because the world has become very conservative, especially young people—they’re the most conservative people in the world. It’s shocking. Not just with fashion and art, but with everything. Because people are scared. They’re scared of the economy. They’re scared to have sex. They’re scared of World War III. They’re just scared. So we’re here to offer a valuable public cervix. Get it? “Cervix.”

How has the neighborhood changed?

Downtown is cooked. All the yuppies and trust funders. Even being a drag queen has become mainstream. I call it “corporate queer.” Gay is mainstream—and that’s awesome—but all of a sudden, gays are conservative. We actually get very few gays here. Mostly heterosexual women. And I think heterosexual women come here and get their drag on so they can feel empowered. It’s not about getting drunk and falling down the stairs—which you can do at any bar. Here, they can be sexual and interesting. Anything goes, and it’s just the coolest place ever. Genetic females come here and leave with stronger pussies. Strong smelling, at least. 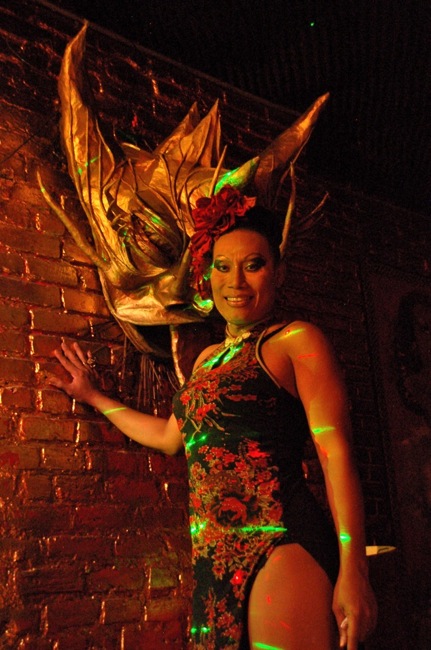 At Lucky Cheng’s for five years

Why are you fit for this job?

I was born in the Year of the Dragon. I bring my dragon everywhere I go.

I can’t be the judge of that because this is my fifth year here, and it’s, like, the eleventh chef, so I don’t go there.

When did you realize you wanted to be a drag queen?

Oh, I’ve always known. I was born this way. I kept on questioning, “Why am I different?” But now I love every moment of it. It’s not an easy life because people judge you. That’s why I feel safe in this environment because people here—the bachelorettes, birthday celebrants—know what they’re getting. They know they’re in good hands. So I feel like a representative from heaven sent to make this ugly world a little prettier. Every night is so special here. One time, I even met the ex-First Lady of Indonesia!

Are you excited for the new space?

Feathers are passé, baby. The in-thing is blacklight. Spectacular.

Brie the Pineapple Lady
At Lucky Cheng’s for 17 years

This is the only job, unfortunately.

What drew you to drag?

Actually, it was an accident. I did drag when I was in college in San Francisco. I went to a nightclub, and people were like “Oh my gosh, you’re so pretty for a boy. You know what? Dress up and I’ll pay you $100 a night.” At the time in San Francisco, you had the big drag queens and then a transsexual prostitution area—but no middle ground. There were no tranny, real-looking drag queens. So I filled that niche.

And you’re still doing it.

I’m still doing it, unfortunately. I had dreams once, you know! I fixed people’s computers. I love hardware—and that’s not a euphemism. I love tinkering with hardware. I love taking your computer apart. I love putting it together and hearing you say: “Oh my god! Thank you! You saved all my files! Here’s $500!” That’s what I love.

Are you Mac or PC? 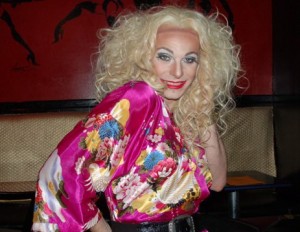 At Lucky Cheng’s for two years

How do you feel about leaving the East Village?

I love the East Village. We’ve been here for 19 years! But the East Village is not what it used to be either. So it makes sense for us to move at this point. It’ll make more sense, business-wise. We’ll get more tourists.

Why is drag important?

Drag is important because it makes me look pretty! Jesus, end of story. 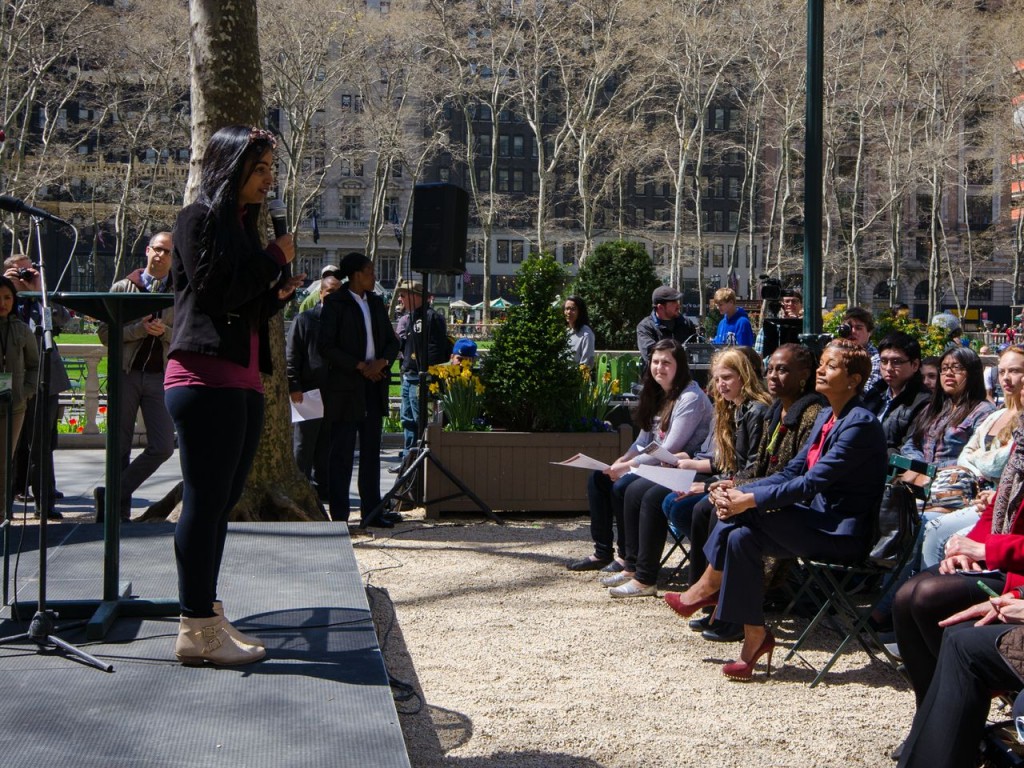