Where she had rubbed away the grime, her eyes shined intensely. 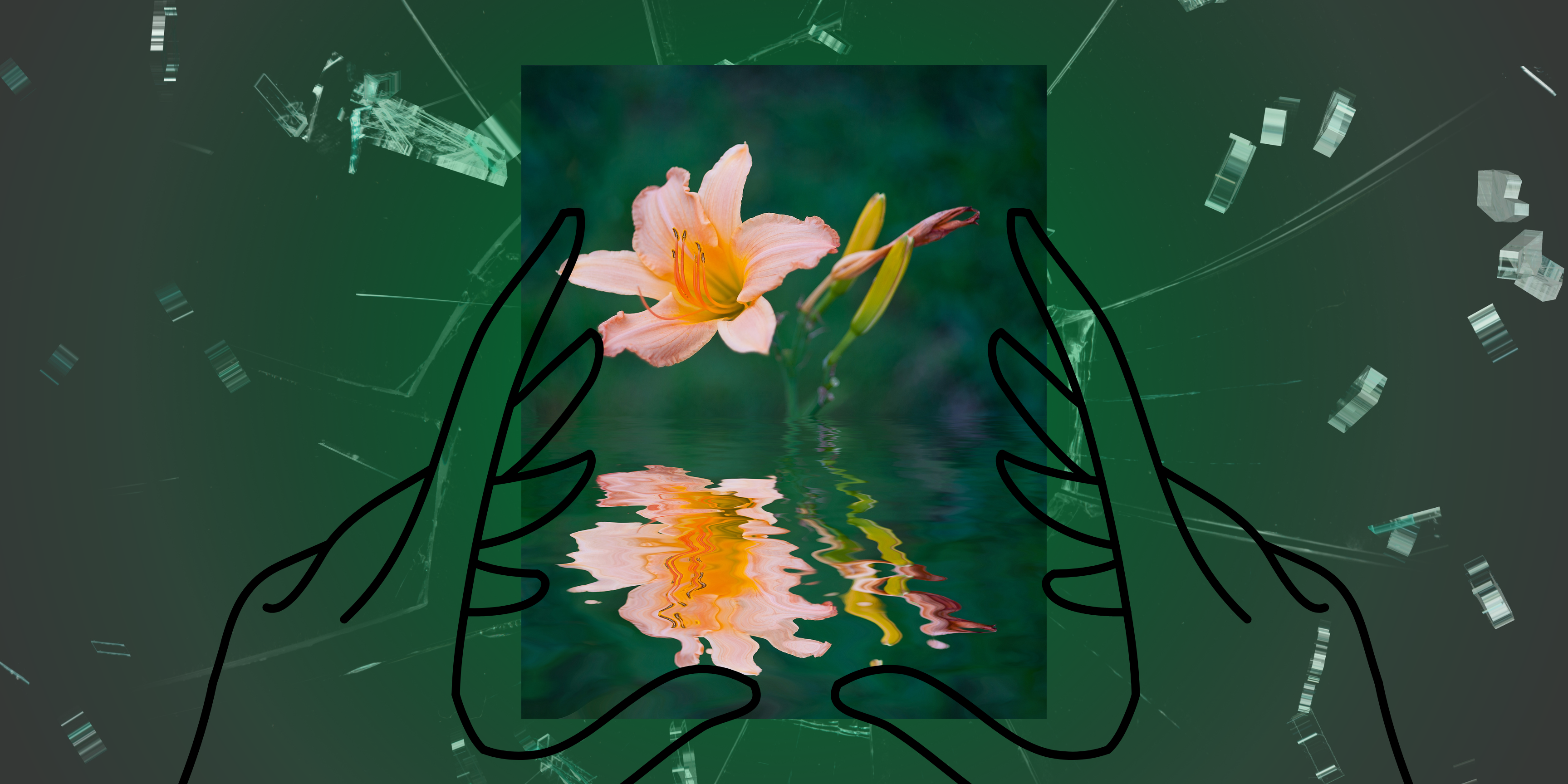 It started in her smile. One day Aina’s teeth, always straight and bright, gleamed metallic. Astounded, her classmates pushed each other to see themselves in the tiny mirrored portals that had replaced each bone.

Soon the reflection spread over Aina’s body. Each finger and toenail glimmered. The rough skin on the back of her arms smoothed. Every single long eyelash and wayward hair connecting her brows refracted the light, glinting to make itself known.

By her last year of high school, she was almost entirely mirror, except for bits and pieces: the hair that she was always cutting and growing and cutting again. The scar under her chin from getting pushed off the playground equipment when she was seven. The palms of her hands and bottoms of her feet.

Boys wanted to see themselves in her lips, her breasts, her ass. Aina let them try. She, too, spent mornings before school hungrily trying to see herself—really see herself—in the mirrored medicine cabinet above her bathroom sink. She could only ever make out tessellated fragments. A triptych: brown hair waving darker, then redder in the vanity light; the polished surface of her face or her hands; the reflections of the lime-neon bathroom walls.

Over the years, the last parts of her lacquered. She was entirely a reflection.

It was not without its advantages. While by no means granting her a charmed life, her mirrored body did open up opportunities. People saw what they wanted to see in Aina. To one person, she was naive. Another, subversive. Enticing. Willing. Aggressive. Otherworldly. She lived multiple lives in the short span of young adulthood.

The whole time, she kept her eye out for anyone else like her. She met women who were like paintings, the way the sun fell on their skin. She loved a man like the moon: nocturnal, bound to predictable cycles of brilliant embodiment followed by retreats into darkness. She made precious family with healers who were oracles, whose presence played with light like an orb or the surface of water.

She married, young. She was told that in the ritual of marriage and under the protective shawl of family, she and her betrothed would truly see one another for the first time. Aina spent years trying to see her husband better, to show him the depths of himself. He grew disgusted. She grew so lonely she almost forgot what she had been searching for.

Once, she thought she found another mirror when she read a poem that shone her heart back to her. Later, she met the poet, a mother with straight hair and round eyes and skin like Qalamkar marble. Over time, a gentle friendship grew between them, and even though the poet wasn’t the same as Aina, she shared her joy and her pain and her knowledge with Aina, and always wept when Aina wept.

Aina made friends who resembled her father, her sister, her cousins. She badly wanted to be closer to them. Kin. When they would all travel to meet for celebrations, they taught Aina how to dance the swirling attan—once a dance of war. Aina often stayed in the outer circle, knowing both her flash and her footwork were distractions. As the more seasoned dancers would pick up pace, the little mirrors on their traditional costumes spun in a brilliant kaleidoscope around the room, at once striking Aina like the embrace of a resounding echo and the shattering of fragile glass.

Aina rounded the curve of her twenties freshly divorced and in the midst of a global pandemic. Alone in a new home, she hung suncatchers in her windows and sprayed orange blossom water on her linens and began trying again to glimpse herself in the large floor mirror she placed opposite her bed.

In the second year of this isolation, Aina’s country mercilessly retracted its talons from the decades-sprawling occupation of her father’s country. The withdrawal was its own plague. Family went underground. Aina’s friends became sallow from lack of sleep. Her father softened like bruised fruit and grew tearful and apologetic.

Aina stayed in bed. She curled around herself and wailed and slept as much as possible. Dust shrouded the silvery surface of her form.

One unimportant evening, Aina sat herself upright to wipe the film that had accumulated on her eyelids, her cheeks. The room was dark. She had started turning her phone off at night to avoid the constant lighting up of the screen with messages of panic from the future. Only a little pool of streetlight spilled through the window.

Aina’s appearance bounced back to her from the mirror across the room. Delirious, dingy, she crawled to the edge of the bed and slid herself down to the carpet on the floor, dragging the bedquilt along with her. She shifted toward her reflection and placed her hand against the glass with a gentle clink.

She’d been this close to herself before but not like now, not with the focus that nighttime and the tarnish of grief granted her. Where she had rubbed away the grime, her eyes shined intensely.

For the first time, Aina could see into them. No other faces, no details of the room clouded her view. Leaning in impossibly close, she searched their likeness rapidly and deep inside saw a promise of something flicker back. A spark of vibrant green.

Aina pressed her face against her hard reflection and drew the blanket as a veil over her head. In this darkened, close communion, her image recursed endlessly. All else fell away as the green light grew and grew from within her.

Flowing quickly like water or fire or air, it filled her iris, and then her sight, and then beamed from every facet of her, enveloping Aina completely. It filled the room with light.

Alexandra Millatmal is a software engineer and writer based in Bedford-Stuyvesant, Brooklyn. Her writing has appeared in What Is Afghan Punk Rock, Anyway? and Equinox. Alex’s work has been supported by the Lighthouse Writers Workshop, VONA/Voices, and the Afghan American Artists and Writers Association. When she’s not thinking about coding content publishing systems, Alex mediates between her two elderly housecats. 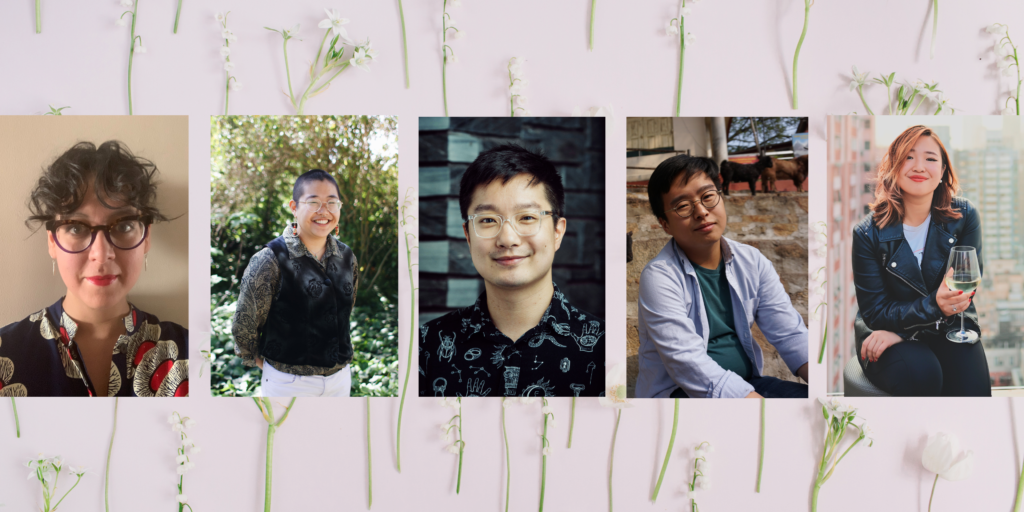 Five Writers on Asian Diasporic Flash Fiction
Making art during a pandemic also clarifies your work, in the way that uncertainty strips away the unnecessary so you can focus on the essential. 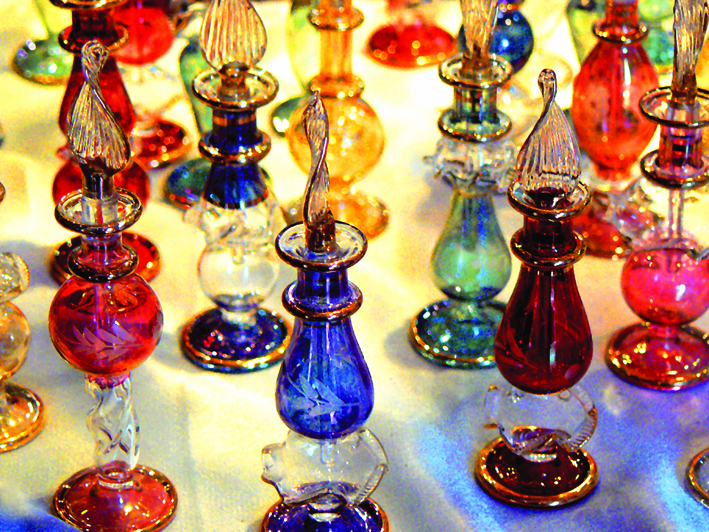