It’s the second largest park in New York City, and it hosts the U.S. Open. But when the world isn’t watching, what lies beneath the park’s borders—and what does it say about Queens?

I was looking for a specific boulder in Flushing Meadows Corona Park.

Months ago, land artist Michael Heizer, triumphantly, and to great spectacle, moved a mammoth 340 ton granite boulder from a rock quarry in Riverside, California, to the Los Angeles County Museum of Art, plopping it over a man-made walk-through ravine. This act constituted his magic-act titled artwork Levitating Mass.

More impressive than the end result though, was the process by which the large rock was trucked from its originating point to the museum. The logistics of moving such a massive piece of geology on an XXL flatbed truck required the expertise of civic engineers, the written permissions of municipal governments, and binder of insurance certificates. The rock-moving became a news item and a point of civic pride on the order of watching a local sports team’s championship parade. During the rock’s two-week trek to LACMA I was reminded of my own boulder-moving experience five years ago in Flushing Meadows Corona Park.

So on a recent muggy Sunday morning, I decided to go pay that rock a visit. I drove west-bound on the Northern Boulevard route from my apartment in Flushing, cutting next to the harbor of Flushing Bay. Citi Field, the generic new baseball stadium covered in advertising like a Nascar driver, loomed as I merged onto the service road that lassos the park.

Flushing Meadows was designed for the driver. No matter where you are in the park, you never lose sight and sound of the roadways that ribbon around it: the Grand Central Parkway, Long Island Expressway, and Van Wyck Expressway. 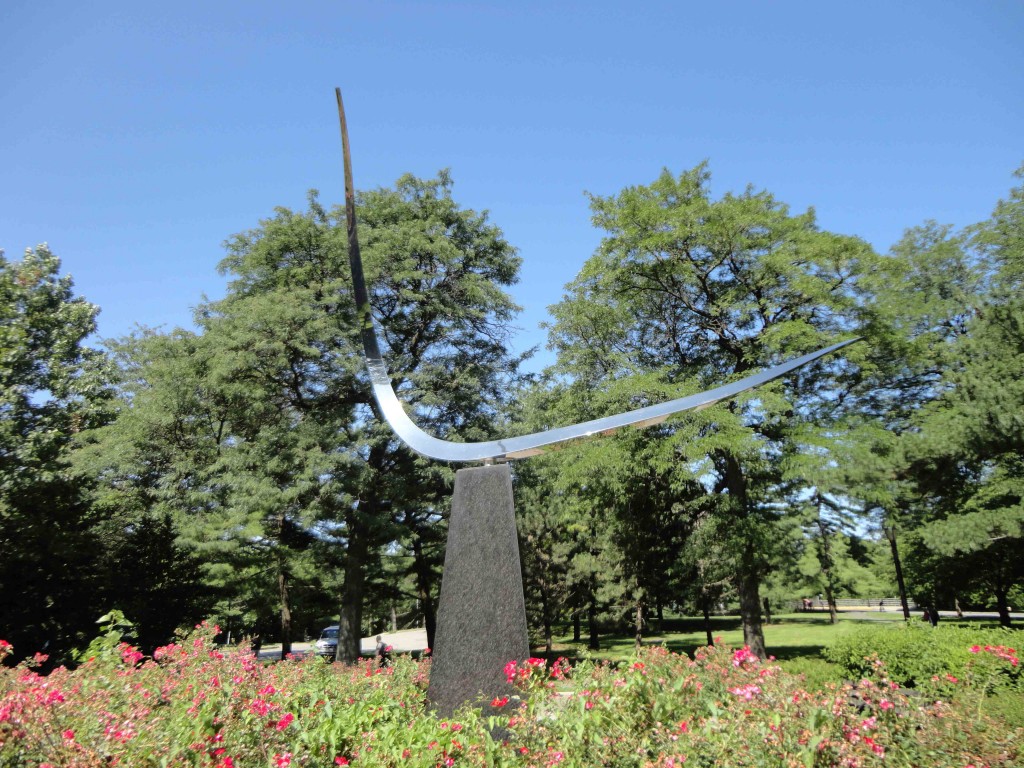 I walked into the park from the Queens Museum parking lot looking for Avenue of the Americas, the pathway along which I remembered the boulder to be. (All of the major walking paths in the park are named in the cartoonish grandiose ways of amusement parks: Avenue of Commerce, Avenue of Peace, and so on.)

I stopped at a strange monument that is a likely leftover from the 1964-65 World’s Fair, one of two (the first in 1939 for which the park was built) to be held on this former garbage dump of a ground. Perched on a black granite obelisk-shaped plinth was a polished steel ‘L’ that curved continuously and irregularly like a tree branch. I noticed a tortured grinding noise and realized the sculpture was rotating ever so slowly, its movement barely perceptible. It was an ode to nature’s slow, but assured change—a counterpoint to Futurism’s true idol: the car and the modern human obsession for speed.

There is nothing special about this boulder I was trying to find except that I had overseen its displacement of some 30 yards five years ago when I was a curator at the Queens Museum of Art. Artist William McMillin proposed taking one of the many boulders in Flushing Meadows from its place just off Avenue of the Americas and moving it to the top of a little hill. This would act as a work of conceptual art that referenced a group of rocks in Death Valley, California, that nearby residents claim move by themselves. The boulder was of an indistinguishable size, color, and shape. I walked past it on my way to work every day, and never noticed it. I was sure it’s sudden re-location would go unnoticed, but decided to champion and initiate it as part of a large group show of Queens-based artists.

I continued walking as packs of kids biked past on their way to play soccer on the fields beyond. Families converged there by foot to cheer on their children who rule the soccer fields in the morning while adults take over later in the day. The park’s overall flatness lends itself to soccer, the national passion sport for nearby residents of Colombian, Ecuadorian, Mexican, Argentinian, Indian, Chinese, or Korean descent. During the warm months on weekends, Flushing Meadows is a soccer summit. 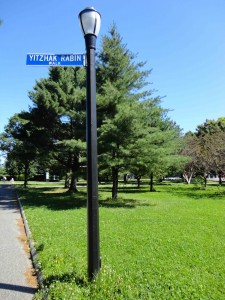 Soon, a path appeared. There are many in this park that lead nowhere, drawn for a forgotten reason. This one was named “Yitzak Rabin Walk” and it snaked through an indistinguishable patch of trees and bushes, before ending abruptly and opening out onto another asphalt path—the one I was looking for. Avenue of the Americas connects the 7-train boardwalk to the Unisphere, the massive skeletal globe surrounded by a fountain that in all its graphic simplicity and audacious monumentality, seemed designed for tourist photography. It’s another survivor of the 1964 World’s Fair. If you drew a straight line from the Unisphere to the gloomily named Industry Pond, it would form the spine of the park as it was designed for the 1939-40 World’s Fair. I walked down the avenue towards the train station, remembering that the boulder was somewhere along this path.

At the time of this writing, the U.S. Tennis Center was fenced off on the left, in preparation for the U.S. Open tennis tournament. Fresh flowers will be planted, the Unisphere fountain and its spotlights will be turned on, and a massive American Express sponsor tent for VIPs will be erected on a neighboring lawn. It’s during these two weeks that Flushing Meadows transforms from a neglected urban park into a telegenic garden manicured for the preppy tennis crowd.

The boulder wasn’t where I thought it was so I verged off the path and onto patchy weed-grass sprinkled with litter: crushed beer cans, Corona bottle caps, empty chip bags, used napkins. Up on a little hill where I thought we had moved the boulder five years ago, I saw two boulders in the distance. I knew neither of them were it. I continued towards Industry Pond and the promenades named after a couple of dead presidents.

In the heyday of the World’s Fairs, the promenades featured large wading pools, but they’ve been emptied of water and are now skateboarder and BMX’er hangouts. On this day, a Chinese woman picked through a trash can for recyclables and then scampered through the promenades looking for more. I followed her across the dry pool as she struggled with a large blue bag filled with bottles and cans. On the other side, a Chinese man practiced tai chi in the shadows of old trees. A breeze picked up and he seemed to be energized by it, moving in time with this new wind. 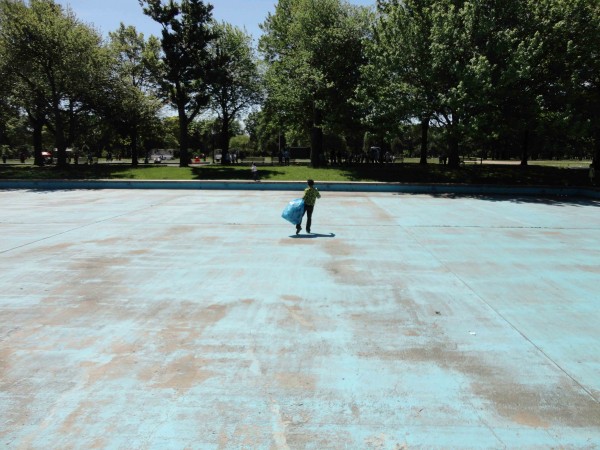 From there I walked towards the newly built aquatic center and ice skating rink. I knew I was getting further and further away from finding the boulder. We guestimated its weight to be about 6 tons. After some political wrangling with the parks department and a lot of logistical over-calculation, we picked it up one morning with a rented forklift and plopped it unceremoniously in its new location about 30 yards away.

I remember being vexed by William’s proposal to move the boulder, but sympathized with the near invisibility of the gesture and its implicit institutional critique of using so much manpower and resources to achieve something so ultimately slight. I struggled to explain to my colleagues at the museum why we should spend the time and money on this. I could only come up with “park beautification disguised in the readymade.” But that was an oversimplification and misinterpreted at that. For me, moving that big rock was enough. We took pictures and traded congratulatory back slaps. Understanding why we did it or what it meant would have to wait. 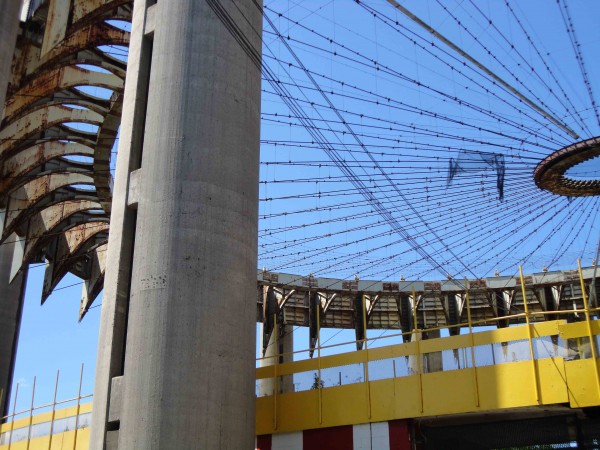 My next stop beckoned from the distance and, like the highways surrounding the park, is visible from almost anywhere in Flushing Meadows: the Tent of Tomorrow designed by Phillip Johnson as the New York State Pavilion for the 1964-65 Fair. I got up close and peered into it past the chain-link fence. It was a vacuous arena of dead space where even weeds and memories couldn’t exist. A black cat glared at me as I looked up at the intricate framework and cable system that once held up a colorful stain glass window ceiling. It’s now decaying dangerously, rusting sinisterly. I walked around to the other side and backed away from it, taking in this uniquely strange structure. The boulder wouldn’t be found now; I was a few yards away from my car and had enough of the park by then. 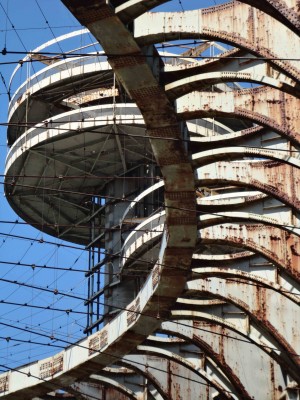 As boulders go, it was unremarkable, and as gestures go, dislocating it in this vast park resisted the grand visions that Flushing Meadows built on: the imagining of audacious things like the Tent of Tomorrow, Unisphere, the slowly spinning sculpture, or the park itself. I spent two hours looking for that boulder but never did find it. The gesture was gone, the mark unrecorded, and I was left to ponder the significance of that boulder in its absence. What’s the return on a pure act of art in a park like this? Flushing Meadows is unpretty, the anti-Central Park as far as neurotic manicuring and micro-managed beautification goes. Aesthetics are left unread. If Brooklyn’s Prospect Park captures that borough’s carefully calibrated, self-aware charm, Flushing Meadows Corona Park’s awkward, accidental collage of fields, paths, and monuments symbolizes Queens as a mismatched but workable mix of people, ideas, and priorities. It’s for pragmatic-types and their hard-earned weekends. I can imagine that months after we moved it to that hill, a bunch of guys pushed our lost boulder just out of the way enough to clear the pitch for pick-up soccer. 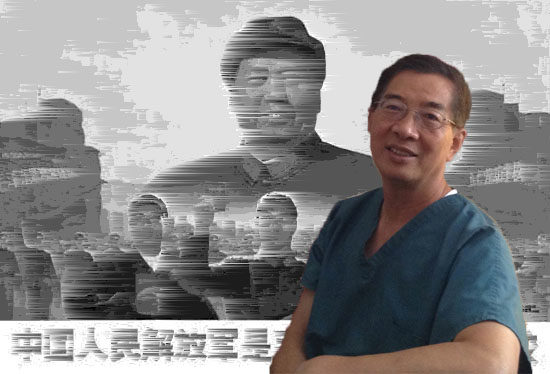 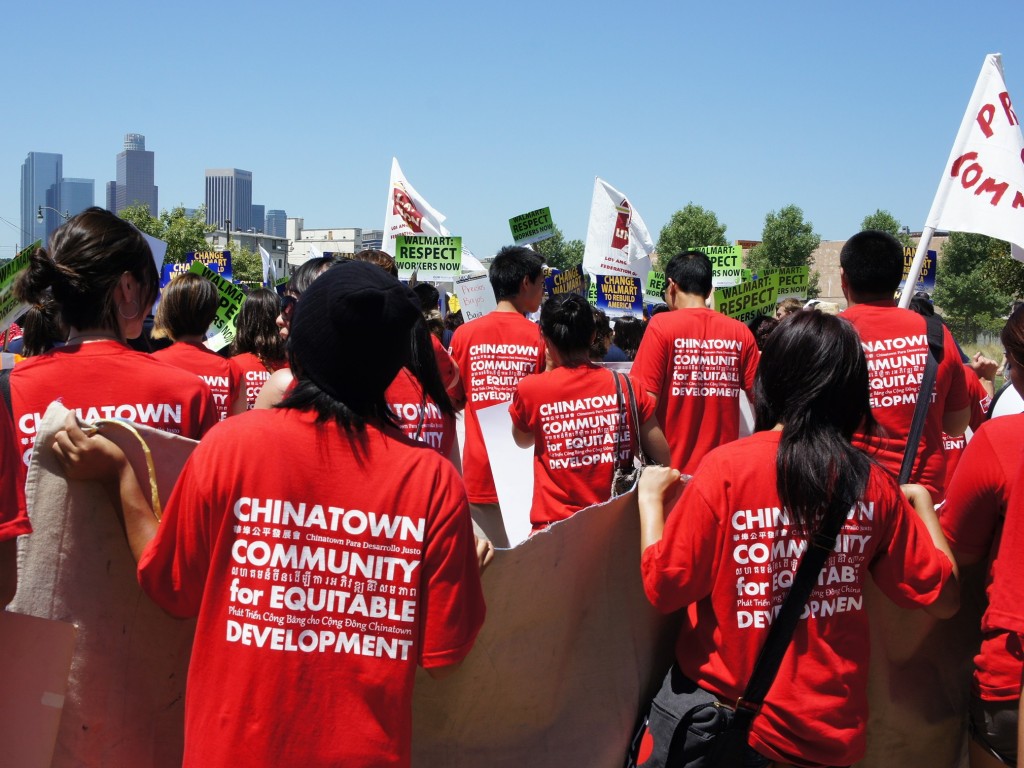