Amrit Singh is the executive editor of music blog Stereogum, and the mastermind behind the newly released documentary short, Dosa Hunt, which features Singh and his music pals (Ashok Kondabolu and Himanshu Suri of Das Racist, jazz musician Vijay Iyer, Rostam Batmanglij of Vampire Weekend, Alan Palomo of Neon Indian, and Anand Wilder of Yeasayer) searching for the best dosa in New York City. (Interview magazine calls it “part No Reservations, part Big Brother, part something smarter.”) Singh was a lawyer who blogged on nights and weekends, until his review of a Sufjan Stevens concert brought him to the attention of Stereogum founder Scott Lapatine. Here, Singh satiates Kondabolu’s curiosity about where he was on 9/11, why he chose to write about the Sikh tragedy on a music blog, and what he has in common with Pharrell (hint: it has to do with tattoos).

Ashok: Hello, this is Ashok. I’m with Amrit Singh of Stereogum at The Woods on 9/11/12.
Amrit: I’m DJ-ing a wedding this weekend which, yeah, I don’t usually do that.

Whose wedding is it?
It’s a friend. Her name is Jenny Slate. She does a lot of comedy. She just recently moved out to LA.

Ah, Jenny Slate from SNL.
“Marcel the Shell.” Saturday Night Live. Bored to Death. She’s great and she’s getting married up in Boston. You know, you never wanna fuck up a wedding. Because, it’s everyone’s special day.

They’re usually pretty easy to DJ.
Yeah, but also—I imagine for some wedding DJs, it’s always potentially lucrative because they can get more business, but if they fuck up, it can be kind of anonymous. ‘Cause nobody knows who the wedding DJ is. In this case, it’s like a very personal affair, so if I mess up, it comes back to me.

You grew up in Queens, Long Island?
Yeah, Queens, Long Island, and then a Philly suburb. So I was in Queens until like three, four—then Plainview in Nassau County until I was 12, then Valley Forge. Where there was not a battle fought. Everyone always thinks there was a battle fought. In Valley Forge, there was a long winter spent where Washington whipped his troops into shape, and the troops that didn’t get whipped into shape died from just—

That was that Valley Forge?
Yeah. That’s the Valley Forge. So there wasn’t a battle, unless you consider a battle against the elements. There’s also that very famous painting of Washington sailing down the Delaware River to take out the Hessian mercenaries from Germany. That was that winter; he kind of snuck out from Valley Forge and went down the Delaware River and came back. He had a house that was right across the street, which was an amazing place to go, uh, do bad things when you’re a kid (laughs).

I’m gonna talk about the piece you wrote. Me and my friend years ago went to a community board meeting, and something came up involving Sikhs and the guy kept saying “sick.”
“Sick.” That’s proper pronunciation.

Pronounced “sick” not Sikh.
The interesting thing about that is “Sikh” means like, “seeker” or “learner student.” So actually “seek” if you’re translating it right.

Right. That’s wild. Well you wrote a piece after the shooting that—when was that, was that last month?
Yeah, that was last month.

So what prompted you to include that on Stereogum. That’s like, a music site.
Totally. So that happened on a Sunday, and on the Monday, news started coming out about this dude—Wade Michael Page —news started coming out about his involvement in the hate rock scene. And I was very feverishly absorbing all the information I possibly could in fits, really distraught fits. But I used my time blogging that day as escape from that. So I would go back and forth between my Stereogum duties and then reading what was going on. At no point when I was reading the hate rock stuff did I think that this was like, some sort of an opportunity for me to write about it on Stereogum. My mind wasn’t engaged that way.

Of course, yeah, of course.
It just wasn’t and my employers probably wouldn’t like to hear this, but my mind simply wasn’t engaged in a way—like how can I turn this into pageviews, you know? And then I saw Spin do something, and I was like okay cool—Spin’s doing it. And then I started just thinking about the fact that there were these sites that were speaking to the demographic that I usually speak to—who were saying something about the tragedy and bringing some light to it. And I stopped thinking about it, the fact that there would be a vast commercial angle to writing about it on Stereogum, and I just thought about the fact that, well, people are gonna be getting this information from these other sites.

Of course. Who probably aren’t going to read a news web site.
And then I started reminding myself that Stereogum actually is a platform. That it’s a platform that I helped create and cultivate. As a means of expressing opinions. Granted, they’re about music, but ultimately, it is a means of expression. And there was just a moment where I was like, you know, I do have this platform and there is actually an interesting aspect to the fact that there is music implicated on both ends, on both sides of the equation. The Sikh faith is hyper-musical. All the means of connection and ultimately the path to enlightenment is ultimately predicated and based on vibration.

Right.
And one of the means to attain that spiritual sound is through kirtan, hours of kirtan. There’s gonna be some sermons, there’s gonna be talk about Khalistan, and there’s, you know, the politics… but at its heart, it’s about devotional singing.

Khalistan, what is that?
Khalistan is basically a construct. It exists only in the minds and hearts of certain factions of Punjabi Sikhs, who would like to see that portion of Punjab secede from India and be its own independent Sikh state. Khalistan otherwise doesn’t exist; it’s not acknowledged by the United Nations.

Right.
And depending on the gurdwara you go to, you’ll hear a lot about it or maybe you won’t hear anything about it. I like to hear nothing about it when I go to the gurdwara ‘cause that’s not the reason that I go. But I understand that that’s a congregation place and that’s something that’s on people’s minds, and people talk about it there. Regardless, most of the time, at any gurdwara, there’s gonna be kirtan. So essentially—and this thing struck me and became sort of like the realization that wound up inspiring the rest of the piece. The piece really just wrote itself. It was just that, this dude, this hate rock dude, really made a name for himself singing in some of the most influential hate rock bands.

Which is a funny sentence to read.
Which is funny, yeah, it really is. (Laughs.) But this guy shows up to a gurdwara, where basically the people convene for music for diametrically opposed ends. And it’s sad, that most of these tragedies—you know we’re sitting on the anniversary of one—but most other tragedies are really quickly forgotten, particularly one involving this sort of a minority.

Small group.
Yeah. But I was really taken by the fact that there was deep symbolism on every end of it. There’s this musical aspect to it. There’s also just the mere fact that this guy was a hate rock stalwart to the point that he had tattoos that were hateful. Just explicitly wearing them. And one of the six or seven people that he killed that day was the American dream—erected an American flag in his front yard. You really can’t ask for more extreme symbolism. If you were a film screenwriter, and I was your director, I’d be like, you need to tone that down a little bit. It’s almost like a caricature. But it’s actually true, you know. So all these things—I just found there was an opportunity to talk about a lot of the issues that were implicated. Bring a little light into the situation, in terms of my specific perspective, which I realize was one that wasn’t being represented elsewhere. 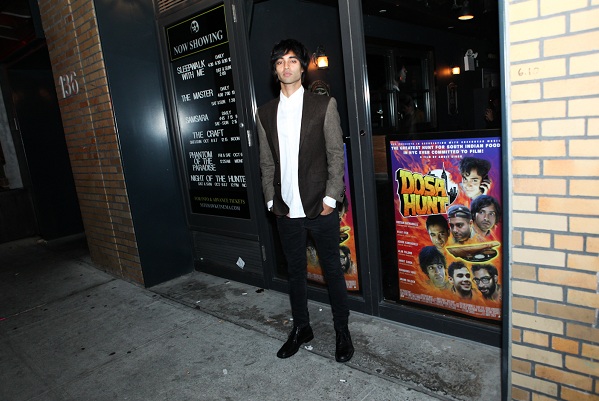 You mentioned that you used to wear your hair in a jura. And then you talk about an incident where you came home and you cut it. That was in New York?
That was when I lived in New York, yeah. I think that the turban is this sort of lightning rod and the jura is to some degree or another. I can’t say how much worse I had it than any other kids. But I got it pretty bad. It wasn’t to the point that I would characterize my childhood as being unhappy or particularly oppressed in some way—like, I still had my best friend with his blonde hair, a Jewish kid who was super cool and I had no problem getting along with the reasonably-minded, or regular-minded, white kids. But I definitely felt it and there were specific incidences where I could recall an intentional misunderstanding of this going-on with my headdress. I’d go to a public pool with my friends and be having a great day until some kid’s like, “You should be wearing a bra. Woah, look at that girl not wearing a bra.” And I clearly wasn’t a girl. I hadn’t really honed or refined my now sparkling and dazzling come-back wit, and at the time I was just like, I don’t even know what it is, how I should respond to this. And I feel shitty about it. So that kind of stuff happened, and I don’t recall these incidents being very numerous. But it’s the fact that the first time [my mom] ever heard me complain about it, she took me to get my hair cut, which is kind of amazing to me, thinking back. Just one day I came home and cried, and my mom took care of it, which like—props to my mom. She’s amazing. That’s a really difficult thing to do, particularly for a Sikh family in the ’80s, to make that move. 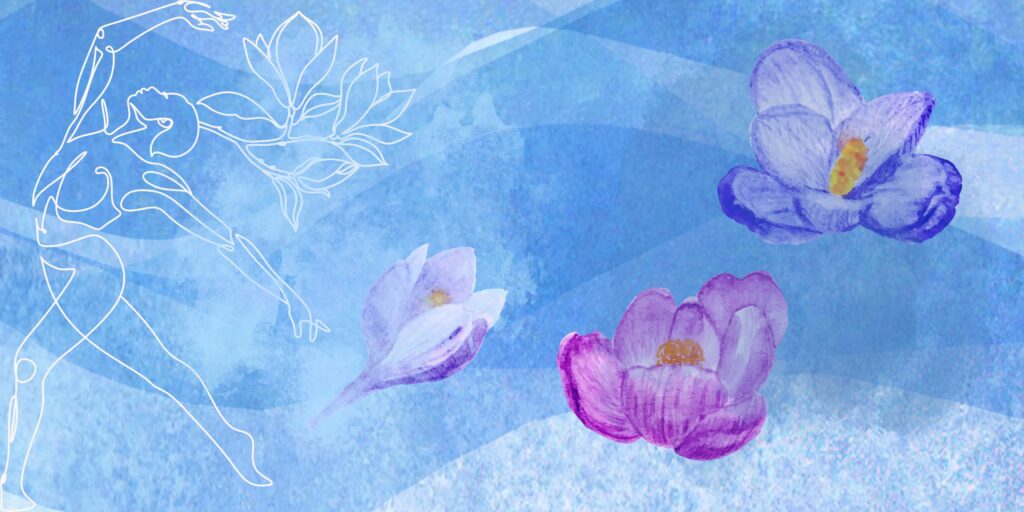