Over the course of the ’90s, Filipino American scratch crews transformed the realm of hip-hop DJing. 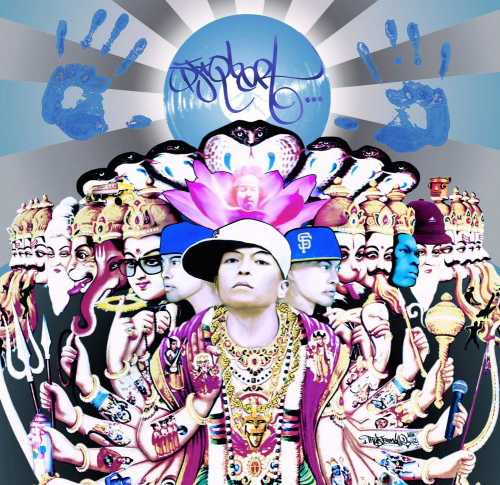 In 1991, Richard “Q-Bert” Quitevis, a 21-year-old Filipino American DJ from San Francisco, entered the prestigious, international Disco Mix Competition (DMC). He left as both the first Asian American and first Bay Area DJ to take the U.S. title, then claimed second place at the world championship. The following year, he returned with two friends, also Bay Area DJs of Filipino descent: “Mixmaster” Mike Schwartz and “DJ Apollo” Novicio. Calling themselves the Rocksteady DJs, the trio took the world title, with Q-Bert and Mike defending their championship at the next DMC. The competition’s organizers later asked them to voluntarily retire so as not to intimidate future contestants.

Over the course of the 1990s, other Filipino American scratch DJs rose to prominence, including but not limited to New York’s Vincent “Vin Roc” Punsalan and Rhodello “Roli Rho” Roque, the Bay Area’s Jon “Shortkut” Cruz and Dave “D-Styles” Cuasito, and Los Angeles’ Isaiah “Icy Ice” Dacio and Chris “Babu” Oroc, who coined the phrase “turntablist.”

Most of these scratch DJs began their careers in the 1980s as members of mobile party crews—DJs hired to provide sound and lighting services for weddings, school dances, and private parties. Whereas their older peers had grown up in a disco and New Wave era, the younger members were children of the hip-hop generation, drawn more to scratch DJing than to older, disco mixing styles. As outliers in the mobile community, the scratch DJs began to seek each other out to collaborate with and compete against, forming an emergent generation of “scratch crews.” Q-Bert, Mike, and Apollo’s Rocksteady DJs became the Invisibl Skratch Piklz; Babu and Icy Ice belonged to the Beat Junkies; and Vin Roc and Roli Rho were both members of 5th Platoon.

Throughout the ’90s, these crews helped instigate a sea-change in the standards and practices of hip-hop DJing. Flashy, acrobatic body tricks—a mainstay of the 1980s—lost sway as virtuosic performances of technical skill and stylistic innovations took over. Turntablists began to experiment with new scratch patterns and rhythms, much as a conventional composer creates new melodies or chord progressions. Beginning with the ’92 Rocksteady crew, they also created a new form of team-based DJing, with each member playing with and off of one another. One DJ could act as a drummer, the other a bassist, and yet another would scratch up a melody. DJing had always been highly individualized, but now they could orchestrate their efforts like a band. Form followed function too, as equipment manufacturers, most notably Japan’s Vestax, began tapping scratch DJs as design consultants for new mixers and turntables, creating entire new lines of hardware expressly designed for turntablist use.

The biggest impact that these Filipino American scratch DJs made was on the position and stature of hip-hop DJs themselves. No longer relegated to the back of the stage, they became masters of their own, self-contained, aesthetic realm, complete with their own, dedicated competitions, performances, labels, and recordings.

Oliver Wang has been writing about and studying Asian Americans in popular culture since the early 1990s. He's currently an associate professor of sociology at CSU-Long Beach and writes regularly for NPR, the Los Angeles Times, and KCET's ArtBound.
Tags: