On a commitment to practicing solidarity, deepening coalitional relationships, and continuing to build together with intention as Black and Asian American feminist activists and organizers. 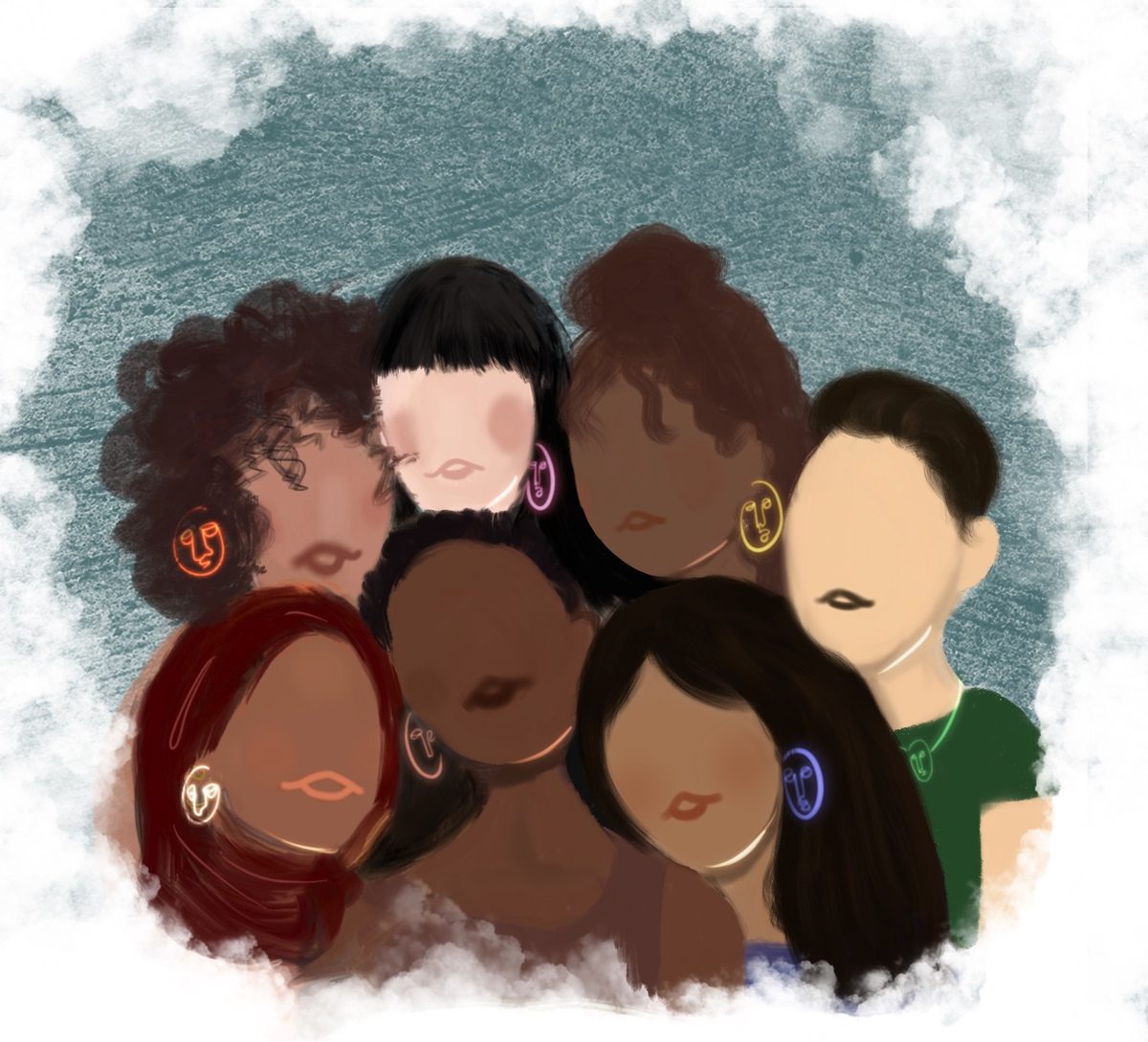 We, Black Women Radicals (BWR) and the Asian American Feminist Collective (AAFC), are committed to practicing solidarity, deepening coalitional relationships, and continuing to build together with intention as Black and Asian American feminist activists and organizers.

In April 2020, in the midst of an ongoing global pandemic, Jaimee Swift, the creator of BWR, reached out to AAFC: “I believe that we need each other and need to learn from one another now more than ever.” This simple act of reaching out with an invitation to engage in dialogue allowed us to come together and begin building a relationship. Later that month, BWR and AAFC co-hosted a conversation, “Siblings in the Struggle,” about how COVID-19 was sparking anti-Asian racism and at the same time disproportionately impacting Black communities. The discussion was an opportunity to put the feminist praxis of solidarity to work and reflect on our interconnected paths to liberation. Ruth Wilson Gilmore, prison abolitionist and Black feminist theorist, talks about crisis as an instability that can bring about radical change through developing new relationships and alignments towards political struggle. The recent resurgence of Black Lives Matter uprisings across the country added urgency to much-needed cross-racial feminist coalition building.

We aren’t the first ones to arrive here. It is imperative we continue to construct a radical Black and Asian -American feminist worldview, while noting we are but an iteration of feminists within a long transnational tradition of Black and Asian feminist movement building.

We pay homage to radical Black and Asian American feminists who, throughout history, have fought alongside one another for collective liberation: Audre Lorde, Grace Lee Boggs, Fran Beal, Gwen Patton, Yuri Kochiyama, Loretta Ross, Pat Sumi, Miriam Ching Yoon Louie, and countless others. These were organizers and movement builders who formed revolutionary coalitions and solidarities and were deeply involved in community-based struggles for welfare rights, labor protections, and civil rights in service of liberation.

Within Black feminist political memory, we can look to several examples of radical Black women in the African diaspora who have worked to build this frame of reference, including Trinidad-and-Tobago born communist and journalist Claudia Jones, who was the founder of the newspaper West Indian Gazette and Afro–Asian Caribbean News; Black British radical activists Olive Morris and Stella Dadzie, who were both founding members of the Organization for Women of Asian and African Descent (OWAAD); Afro-Asian activist and founding member of the Combahee River Collective, Dr. Margo Okazawa-Rey; and Denise Oliver-Velez, activist and leader of the Young Lords Party and Black Panther Party.

Feminist writers and scholars like Boggs, Tao Leigh Goffe, Grace Kyongwon Hong, and Tamara Nopper have also shown us that the histories of Afro-Asian interaction and solidarity are deeply shaped by histories of slavery, labor exploitation, and colonialism. This history goes beyond the 20th century, and the fact that it is rooted in a longer history of plantation labor, racial exploitation, and cultural exchange is critical to undoing some of the binaries we see reproduced in our own conceptualization of what Asian/Black communities are.

We recognize that our histories are intrinsically tied together.

Looking back to histories of Black and Asian American feminist solidarities in movement work can help us think about how our struggles toward liberation are connected and how we create radical change together—especially in our long-standing fights against carceral systems of empire, war, and capitalism.

Calls made by the Combahee River Collective (1974–1980) and the Third World Women’s Alliance (1968–1980) to confront and examine patriarchy within our movements and cultures centered understandings of solidarity through engaging difference. For example, the Third World Women’s Alliance, which emerged out of the Black Women’s Liberation Committee, drew upon different experiences of gendered exploitation and colonialism to show us how building feminist solidarity was a vital part of a revolutionary internationalist movement, signaling that the struggle against imperialism, racism, and patriarchy was a shared one.

These legacies offer us a reflection on how we build collective politics across unequal differences. We are committed to examining our differences alongside our shared oppressions, and we commit to understanding our positionality in these movements in when and how we enter into struggle in order to build together.

Cross-racial organizing is radical and a threat to the state. During the Civil Rights movement, state-sanctioned programs like FBI’s COINTELPRO in the 1960s made concerted efforts to disband groups from building alliances—especially across racial lines—by raising suspicions and pitting organizations against each other.

As we situate this history in the present, we have to reckon with the decades that have since passed—decades that have led to shifting politics around class and race and a more nuanced vision of how imperialism can be perpetuated by countries once in the Third World Alliance. Those of us in the present must reckon with the imbalances of “prestige, power, wealth, authority, and value” and tracing the trajectories of that imbalance.

This legacy of Black-Asian feminist solidarity is alive and well today—in the intertwining of movements for abolition; decolonization and demilitarization; disability justice; reproductive justice; domestic worker, sex worker, and labor rights; environmental justice; and the myriad ways our fight for radical world transformation come together.

To be in relationship and in solidarity with each other, we must attend to how power differentially operates within movement building. Building and sustaining solidarities is difficult, uncomfortable, and messy but crucial work, and the bonds that are created are often both precarious and precious.  We do not wish to erase our complicated histories as they have catapulted us into this present moment and confirmed our commitments to dismantling the systems of power that have forced us into scarcity mindsets and fighting one another for scraps.

In collaborating on this project, which we will chart across the span of the next two years in monthly installments on AAWW’s The Margins, we hope we can continue to build a Black and Asian feminist politic as collaborators and conspirators in the fight for global liberation, but we also hope this project inspires others to do the same. We hope to stir, shake, disrupt, and dismantle historical and stereotypical notions of Black and Asian American feminist interactions and relationships. We hope that in learning about our collective histories, that we can plant a seed for the futurity of Black and Asian American feminist movement building––one rooted in radical collaboration, unity, and understanding.

What are the radical possibilities of catalyzing cross-racial feminist solidarities, imaginations, and substantive realities? What revolutions must we create within ourselves to dismantle our prejudices, discrimination, and silences to create the world we want to see? In Black and Asian communities, who is it that we are not seeing, elevating, and centering? As we stand firm on the radical Black, Asian, and Third World feminisms that keep us grounded in our praxis, what wisdom from these frameworks should we take with us—and what must be added, subtracted, and multiplied from them so that we can truly get free? How will we be committed to our radical postures and positionalities yet remain humble and vulnerable to the fact that we do not have all the answers? And that we might fail in the process? And that in catalyzing true solidarities, we must reckon with the historical messiness, challenges, ruptures, discomfort, and pains of the past and present in order to move forward?

It is easy to write a statement of solidarity. However, what is not easy is the daily internal interrogation that is required of us to remain dedicated to the collaborative work of building together.

And as Black and Asian American feminists who truly believe a new world is possible, this is the responsibility we are committed to upholding. These are our collective visions and commitments:

Black Women Radicals (BWR) is a Black feminist advocacy organization dedicated to uplifting and centering Black women’s radical political activism. Rooted in intersectional and transnational feminisms and Womanisms, Black Women Radicals is committed to empowering Black radical women and gender non-conforming and non-binary activists and centering their political and intellectual contributions to the field of Black Politics across time, space, and place in Africa and in the African Diaspora. 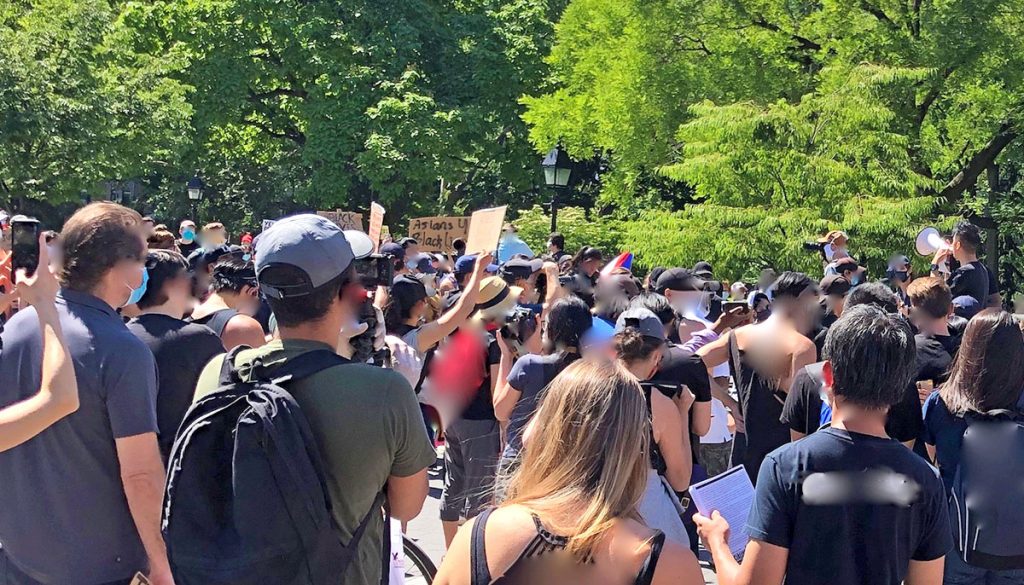 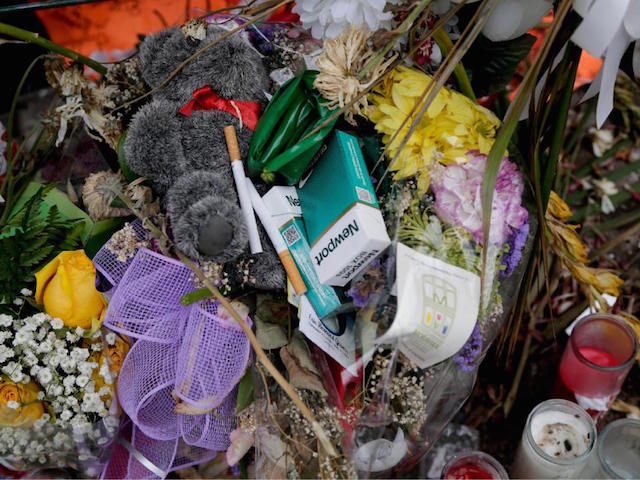 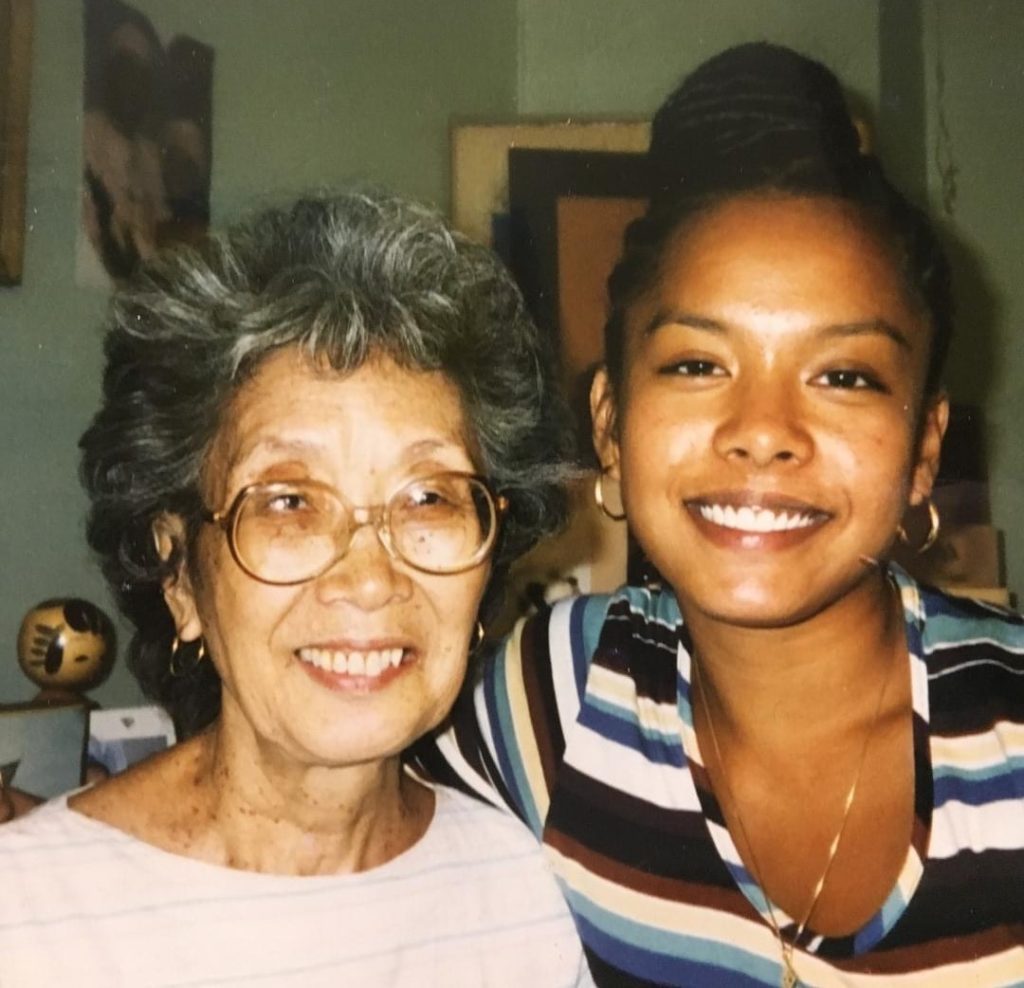