In prison, most relationships are transactional. Rey, for some reason, shows love to everyone on the cellblock. 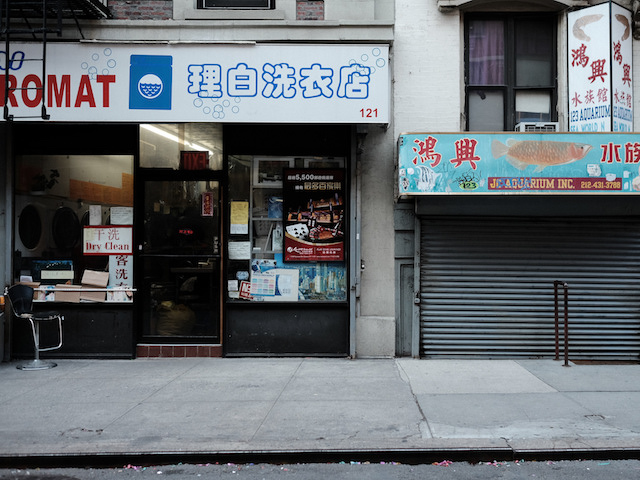 It’s almost six in the morning. I know this because the corrections officer bangs his clipboard on my bars to do his live count. I’m still groggy, so I mumble some shit so he knows I’m alive to make him go away. When the C.O. leaves, the quiet returns.

Shh. Shh. Shh. I hear a low shuffling of feet and a periodic rustling of a plastic bag. I know what that sound means. It’s Wednesday. Rey—a slim, muscular, Cantonese man in his early 40s—is collecting our laundry bags. Every three days he washes our clothes. Last week he told me that my small net bag is not wide enough to fit a stack of neatly-folded pants and shirts, so I put them in a larger bag today.

It’s the crack of dawn here in Sing Sing, and Rey is already styling. His hair is gelled and he’s sporting a Calvin Klein t-shirt with Under Armour shorts and a jade Buddha pendant, swinging from an 18-karat gold chain. He doesn’t look the part of the jailhouse laundry porter.

Almost everything in prison can become some type of hustle. Doing laundry is one of the most lucrative ways to make some money, but it’s a lot of work. The typical laundry hustler is going to be stated down—wearing state greens, the New York prison uniform—because they know they’re going to be working all day. One pack of Newport cigarettes gets you two washes: washed, dried, and folded. Rey does all this while styling, but the most interesting part is that he does it for free.

Most relationships in prison are transactional. Quid pro quo. Sing Sing is full of guys with swagger and street smarts. Guys in here would respect Rey’s hustle if he charged them. Hell, he’d probably do well. Because he’s Chinese, guys would likely trust him more with that coveted piece of jailhouse attire, the visiting shirt: usually, a tight-fitting Polo that shows off one’s physique when going on a visit. Too many washes will stretch out the shirt. Unless you have access to a dryer, you have to pay the laundry porter so he’ll do a proper job. My whole time on this gallery, I’ve never seen Rey charge anyone.

When I first started my bid in 2004, I was as green as the state clothes they issue. A couple of old-timers told me a bit of jailhouse wisdom, that people bearing gifts might really be looking for something from you. Don’t accept anything from people you don’t know. After a while, you see who’s official, who can be trusted. The Hispanic guys are good at that. A Hispanic guy who’s new won’t be set up with the basics—soap, coffee, cigarettes—until about a month in. They’re going to feel you out first. The white guys do something similar. But the Asian guys have their own rules. As soon as a new one hits the yard, they all introduce themselves. Which makes sense. Out of over a thousand prisoners, the Asian population in Sing Sing rarely numbers over 20. When you belong to such a small group, it makes sense to consolidate resources. Every group has their own clique, people tend to save their love only to their own kind. Rey, for some reason, shows love to everyone on the cellblock.

Rey tosses my net bag of dirty clothes into the large plastic bag he’s been dragging. The bag is half-full, so I decide to offer him a hand. Rey was a gangster on the outside. He even had his own crew, the “Kwung Ying,” or group of heroes. He loved wearing Armani. He told me he switched over from Calvin Klein after he started to make more money.

I wonder whether Rey knows the stereotype of the Chinese laundry porter. In New York City, almost all of the laundromats I know are run by Asian immigrants. They’re not afraid of hard work for an honest living. Rey’s work, on the other hand, might have been called a dishonest living. Why is he working so hard now?

“Somebody has to,” he tells me. “It’s convenient for me because I lock in the block, and I actually enjoy doing it.” All the blocks in prison are assigned a laundry porter. If you don’t pay for a laundry contract, your clothes might come back with dryer burns or footprints—basically, worse than when you sent them. The state requires laundry porters to just throw net bags of dirty clothes into the machine and press a button. Rey goes beyond the requirement, and that’s why I felt I should give him a hand. I was starting to feel like I was exploiting the guy.

“If I do something, I do it the best I can,” Rey goes on. Usually the laundry porter washes two or three net bags at a time. Rey, however, takes the clothes out from their net bags and washes one load at a time. He does a proper job. While we’re talking, Rey pulls out a load from the dryer and starts folding clothes.

There’s a television outside the cage with the SinoVision channel on. Wah Yen Sei Gai, or World of Chinese, is playing, and the hosts are speaking Chinese. Rey is following them word for word, and I can’t help but wonder about the difficulties of being the only Asian person on the block. From time to time I overhear the rude side comments. Just the other day, an officer asked whether Rey had ever eaten a cat. He deals with this all the time. “You get to the point where you don’t know if they are joking or teasing,” Rey says.

When I first came to Sing Sing, I would see the Chinese guys playing Mahjong in the yard. It looked to me like a hybrid of dominoes and bridge. Watching them play reminded me of the East Village. I remember the click of the tiles and the clouds of cigarette smoke wafting from Chinese stores, as I made my way between Canal Street and Washington Square Park. Sometimes I’d bring my Playstation to one of those stores to be modified to play bootleg imported games.

That was years ago. Most of the Chinese guys are gone from Sing Sing, either to another prison or home, leaving Rey by himself. Most days, he gets up at five in the morning to do 20 loads of laundry. “I also get to wash my clothes my way,” Rey admits, with a slight smile. “I am meticulous.”

As we’re talking, another prisoner walks in the cage and starts pulling out clothes from the dryer. The clothes are apparently his, so he starts to fold them and put them in his net bag. There is no “thank you” or “hello.” Rey continues to talk to me while he works. “Some people do try to pay me,” Rey says. “But I don’t need anything from anybody. I just appreciate the appreciation.”

This essay was published in partnership with Medium. You can find more stories from incarcerated writers in their Prison Stories anthology.

M. Monsuri is currently serving 25 years in Sing Sing Correctional Facility for attempted murder. When he is not studying for his bachelor’s degree in behavioral science, he spends his free time playing clarinet.
Tags: M. Monsuri