easy to get cold out there in the desert at night. hard to maintain the skin sealed to the bones below, to the meat beneath against each blast & every impact. 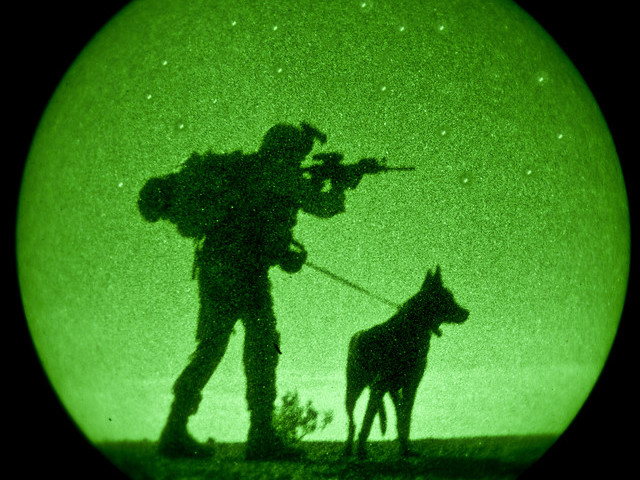 The following is an excerpt from Andrea Abi-Karam’s EXTRATRANSMISSION, published by Kelsey Street Press (April 2019).

A  MODEL  FOR  HUMANS

A  MODEL  FOR  NAVIGATION

A  MODEL  FOR  HUMANLESS  NAVIGATION

A  MODEL  FOR  DRONES

on the surface of the signature injury

CIRCLE  ONE  OPTION  BELOW:

in the framework of it all the female body in combat reads differently                        computes                         differently glitches        differently      that       the        female        body       in combat is not a state of on opposed to oﬀ. it’s a state of always on. always watching. waiting for the moment of the signature injury—whatever it might be. it costs so much to maintain the body in constant combat. it must consume & consume & consume just to stay awake. before it burns it all away too fast. she gnaws at her own fingertips to stay alert, to stay awake, to stay warm. easy to get cold out there in the desert at night. hard to maintain the skin sealed to the bones below, to the meat beneath against each blast & every impact. the environment tries to pull it apart—make little entrances for itself—ports to communicate information back to the base, shuttle information back up the chain of command. ports to communicate information ports to channel energy into the surroundings—static shoots across the dry desert air. as if it’s not enough to just exist in constant combat command wants the full download the full extra-transmission she’s tried so hard to keep sewn strictly in. direct line to read each electric impulse each time a muscle moves. brace. unbrace. skin just a shell plastic sheeting to keep the muscle moist. a case for your new iphone X. release innermost secrets through your fingertips. eyes just a mirror, a high resolution scan of the surroundings. breaks in vision noted. breaks in brush noted.

on the assembly line to american nationalism

little clicks along the conveyor belt

TBIs are the signature injury of the war on terror. they are severe concussions where past memories are erased and daily memory continues to be diﬃcult. yr in an armored vehicle somewhere in iraq or afghanistan.   on a desert road. not a lot of cover. and yr vehicle gets hit by a rocket propelled grenade or you drive over the tripwire for an improvised explosive device.

there is a blast.  you are thrown into the wall or the roof or the ground.  yr body hits the wall or the roof or the ground hard. with force. bones break. yr brain moves forward and back against the inside of yr skull like all those really sick drunk driving movies where no one survives that you have to watch in driver’s ed when yr 16. it’s like that. except you survive. the blast, get up & run. yr body survives but you now have to cope with becoming a new person.