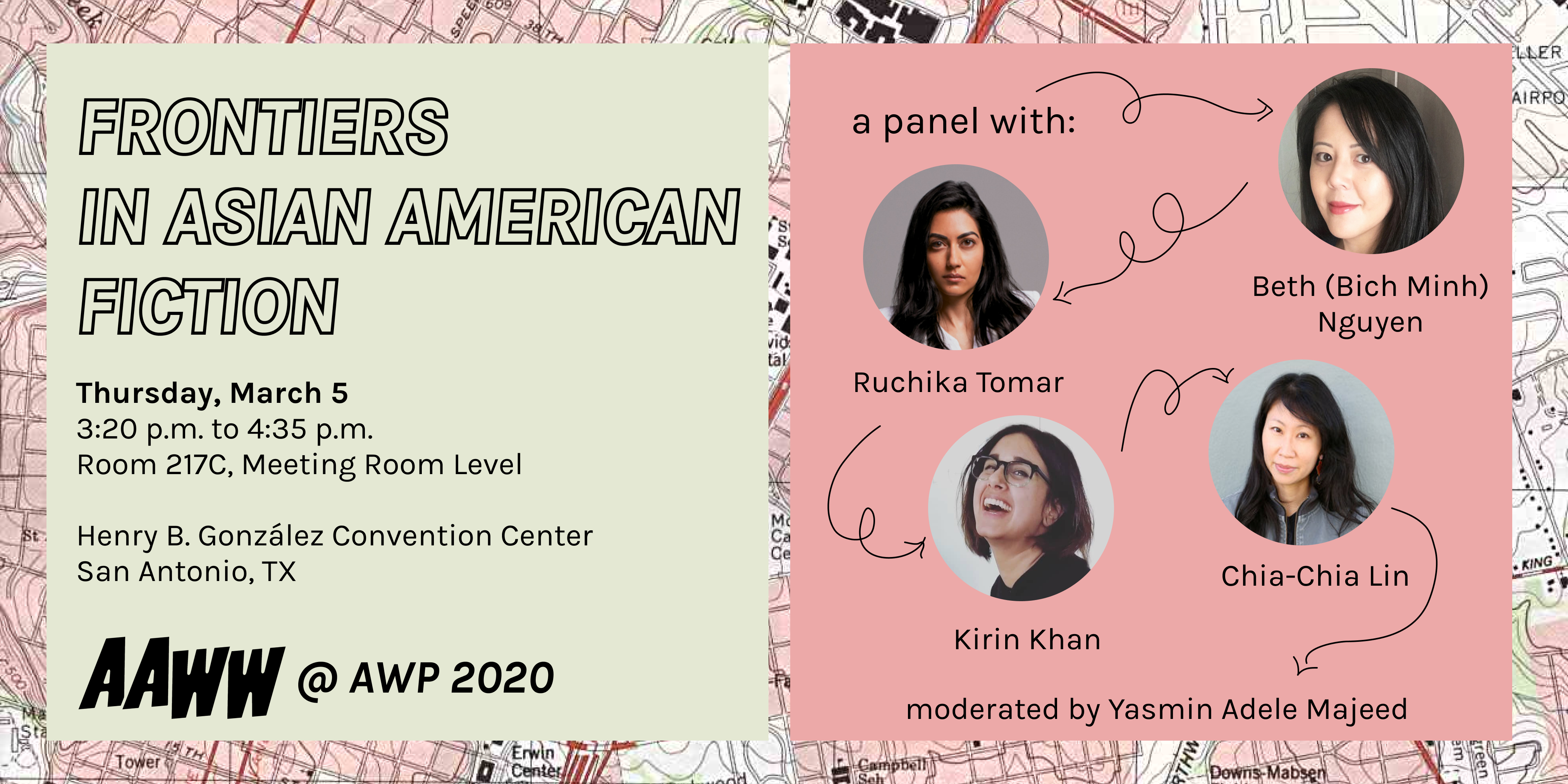 If one of the most powerful myths in American history has been that of the frontier—a promise of expansion through dispossession that has been the engine of American imperialism—how have Asian American stories engaged with that myth? Four fiction writers speak to the ways they tackle questions of the frontier in their work, from immigrant families in the Alaskan wilderness, Little House on the Prairie, and the disturbing legacies of the American West.

Chia-Chia Lin is the author of the novel The Unpassing. Her short fiction has appeared in The Paris Review, Glimmer Train, The Missouri Review, and Zyzzyva. She is a graduate of the Iowa Writers’ Workshop.

Ruchika Tomar is the author of the novel A Prayer for Travelers. She holds a BA in English literature from the University of California Irvine and an MFA from Columbia University. She has received fellowships from The Center for Fiction, The MacDowell Colony, and Stanford University.

Beth (Bich Minh) Nguyen is the author of the memoir Stealing Buddha’s Dinner and the novels Short Girls and Pioneer Girl. Her work has received an American Book Award and a PEN/Jerard Award, among other honors. She teaches in and directs the MFA program at the University of San Francisco.

Kirin Khan is a writer living in Oakland, CA, who calls Albuquerque, New Mexico her hometown, and Peshawar, Pakistan her homeland. An alum of the VONA/Voices and Las Dos Brujas workshops, a 2017 PEN Emerging Voices Fellow, and a 2017 SF Writers Grotto Fellow, her work has appeared in Your Impossible Voice, 7×7.LA, sPARKLE & bLINK, and Uproot. Kirin is working on her first novel.

Yasmin Adele Majeed is the assistant editor for the Asian American Writers’ Workshop where she works on their literary magazine The Margins and fellowship programs for emerging writers of color.