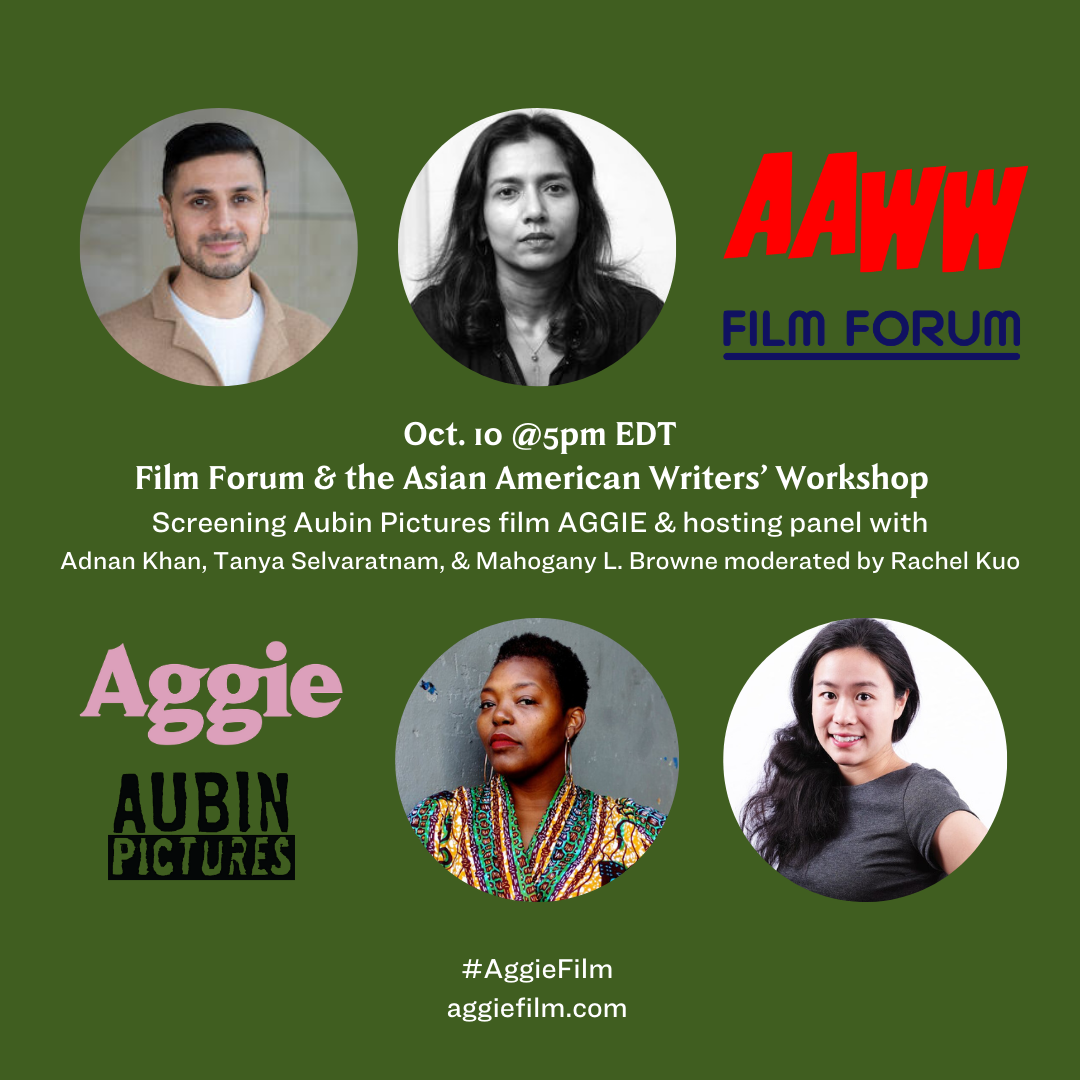 AAWW is partnering with Film Forum to present a screening of AGGIE, and a discussion with Mahogany Browne, Adnan Khan, and Tanya Selvaratnam, moderated by Rachel Kuo.

AGGIE is a feature-length documentary that explores the nexus of art, race, and justice through the story of art collector and philanthropist Agnes “Aggie” Gund’s life. Emmy-nominated director Catherine Gund focuses on her mother’s journey to give viewers an understanding of the power of art to transform consciousness and inspire social change. Aggie is internationally recognized for her robust and prescient support of artists– particularly women and Black, Indigenous, and People of Color (BIPOC) – and her unwavering commitment to social justice issues. After falling in love with art as a high-school student, Aggie discovers a new way of looking at the world. The film opens with Aggie selling Roy Lichtenstein’s “Masterpiece” For $165 million to start the Art for Justice Fund. The proceeds from one of the highest grossing artworks ever sold fuel a monumental effort to reform the American criminal justice system and end mass incarceration. The film captures Aggie as a true maverick who demonstrates the unique role and potential of collectors and benefactors to use art to fight justice. This is untapped terrain, and we see Aggie leading the way.

Adnan Khan is the Co-Founder and serves as Executive Director of Re:StoreJustice, a non-profit organization he co-founded while incarcerated. Adnan also created FIRSTWATCH, a media filmmaking project produced entirely by currently incarcerated people.
Incarcerated at the age of 18, Adnan was sentenced to 25 years to life under the Felony/Murder rule. While incarcerated, he inspired, launched and worked on the Felony/Murder rule legislation (Senate Bill 1437) with his organization, Re:Store Justice. The bill passed and after serving 16 years, in January 2019, Adnan was the first person re-sentenced under the bill he helped create. Today, he is Executive Director of Re:Store Justice and is continuing his advocacy work nationally as well as internationally.

Tanya Selvaratnam is an artist, a writer, and an Emmy-nominated and Webby-winning producer, who has collaborated most recently with Planned Parenthood, The Meteor, the Vision & Justice Project, For Freedoms, and Glamour Women of the Year. For Aubin Pictures, in addition to AGGIE, she produced What’s On Your Plate? and Born to Fly. She is the author of The Big Lie and Assume Nothing; and her essays have been published in the New York Times, Vogue, CNN, Glamour, and McSweeney’s. FB/IG/Twitter: @TanyaAuthor, tanyaturnsup.com.

Dr. Rachel Kuo writes, teaches, and researches race, social movements, and digital technology. Her current book project interrogates the concept of ‘solidarity’ across old and new media platforms. She is a founder and co-leader of the Asian American Feminist Collective and a current guest editor for World Without Cages at the Asian American Writers’ Workshop.