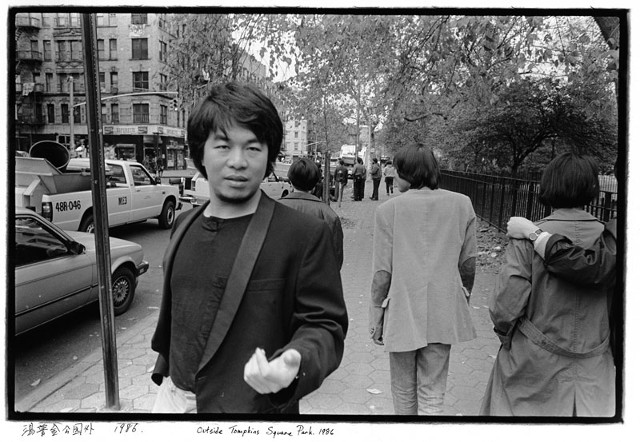 Kelly Zen-Yie Tsai’s Ai Weiwei: The Seed is a live music, video, dance and spoken word piece exploring the roots of Ai Weiwei’s political consciousness and emergence as one of the world’s foremost artists and thinkers. “Ai Weiwei: The Seed” tracks the artist’s life from his childhood in exile with his political poet father Ai Qing to his formative decade in NYC (1981-1993) as a street artist in Williamsburg and the East Village, where he also befriended poet Allen Ginsberg.
Performed as a contemporary mash-up of found text from Ai Weiwei’s social media, poetry from Ai Qing and Ginsberg, and new spoken word by Tsai, Tsai says, “This piece is my homage to an artist whose story is not only Chinese, but American; an artist who is not only visual, but informed by the word and political poetry; an artist who understands his role not only as a creator, but as an ‘obsessed citizen’ as he says, ‘forever questioning and asking for accountability.’

Ai Weiwei: The Seed is also made possible by the generous support of publicity and space co-sponsors Asian/Pacific/American Institute at NYU, Asian American Writers’ Workshop, and Kundiman.