If America is a nation of immigrants, it’s also a nation of aliens. What has it meant historically to be a traveler or a migrant, or to exist as an outsider within a cultural landscape? What does it mean now? We’re celebrating the launch of Granta Issue #114: Aliens with editor John Freeman and writers Catherine Chung and Julie Otsuka, whose works appear in the publication. In this intimate and eclectic evening, our readers will expand a dialogue on citizenship and migration that remains stubbornly relevant today.

Catherine Chung graduated with a degree in mathematics from The University of Chicago, and has taught creative writing at The University of Leipzig and Cornell University, where she received her MFA. She was recently named one of Granta‘s New Voices. A fellow of The MacDowell Colony, Yaddo, and The Camargo Foundation, her first novel, Forgotten Country, will be published by Riverhead Books in January 2012. 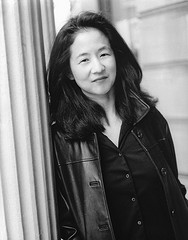 Julie Otsuka was born and raised in California. She is a graduate of Yale University and received her M.F.A. from Columbia. Her debut novel, When the Emperor Was Divine, won the American Library Association Alex Award and the New York Public Library Books for the Teen Age Award. She is the winner of a Guggenheim fellowship and lives in New York City.