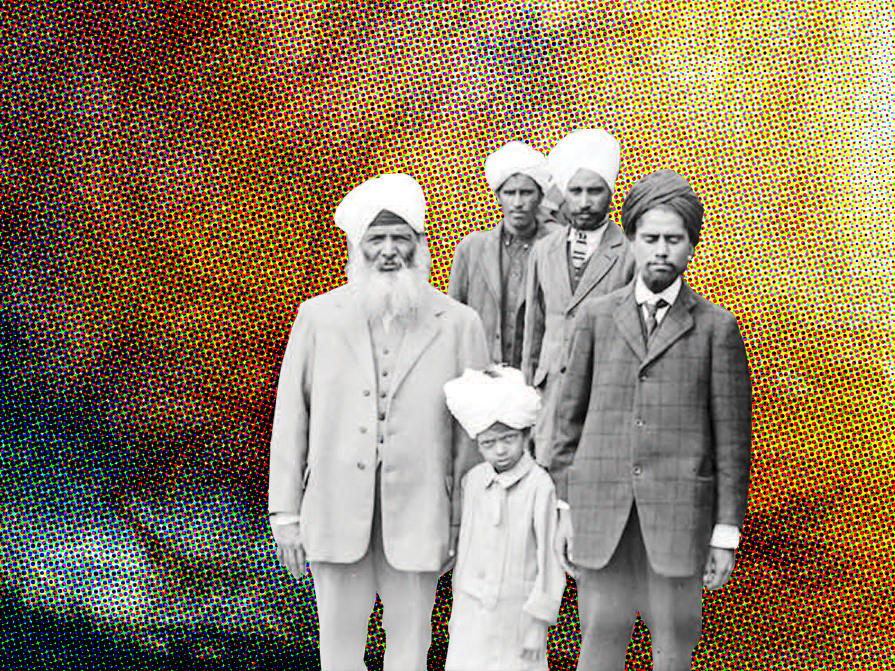 Experimental poets NourbeSe Philip and Phinder Dulai draw on legal decisions, ship records, and other archival materials to engage with the passage of bodies of color across the waters: the dead of the slave trade and South Asian migrants refused entry at port. Don’t miss this special New York appearance by these two Canadian poets working between poetry and the archive. In conversation with AAWW Executive Director Ken Chen, who wrote in The Margins about NourbeSe Philip’s book Zong!, generally regarded as one of the most significant experimental poetry books of the last decade.

In 1914, a Japanese steamship docked in Vancouver carrying 376 Sikh, Muslim, and Hindu migrants who had set sail from Punjab, India. All were British subjects. All were denied entry to Canada. For two months, the migrants sat moored at the dock, while white citizens taunted them from the pier. The court ultimately decided to enforce racist exclusionary laws and sent the ship back to India. In dream / arteries (Talonbooks 2014), Vancouver-based Punjabi poet Phinder Dulai remixes archival photos, ships manifests, passenger records, and interviews. Dulai charts the arteries of migration across the empire to ask “who is loved and allowed to live, and who is unloved and left to drift and die” (Larissa Lai). Phinder has sought to write around “emergent poetic around migrancy as a metaphor for a post modern life”–as he says in a Poetry Foundation interview with Mark Nowak where he discusses his first two books, Basmati Brown (Nightwood 2000) and Ragas from the Periphery (Arsenal Pulp Press 1995). A must-read for lovers of historians like Vivek Bald or Gaiutra Bahadur or multimedia poets like Theresa Hak Kyung Cha and Philip Metres.

NourbeSe Philip’s poetry book Zong! (Wesleyan University Press 2008) explores a forced migration on the other side of the continent. In 1781, the captain of the slave ship Zong threw 133 Africans over to collect insurance money. While the Zong Massacre grew to symbolize the terrors of the Middle Passage, the court did not dispute the legality of killing one’s slaves. (One lawyer in the case said the slaves “perished just as a Cargo of Goods perished”; a judge compared the action to throwing horses overboard.) Philip’s book-length response takes all of its text from the court’s decision, Gregson v. Gilbert. The ultimate book is–in the words of former AAWW Van Lier Fellow Cathy Park Hong–a “constraint-based tour-de-force that only uses words found in the original one-page legal document.” As Evie Shockley writes, Zong! explodes genre boundaries–it’s a text that occurs at the intersection of postcolonial Caribbean literary traditions and Conceptual Poetry, between ritual and the law. Tobago-born, Toronto-based poet Nourbese Philip practiced as a lawyer for many years before writing Zong!. “This is legal poetry,” writes Fred Wah (who reads with us on April 13, 2016). “The poetry displays the agonizing tension of an exploration through the minute particulars and silences locked within the legal text, the precise and cautious movement that tries to not tell the story that must be told.”

Co-sponsored by AABANY Immigration & Nationality Law Committee, South Asian Bar Association of NY, Muslim Bar Association of New York, The Poetry Project, Pratt MFA Program in Writing, and Talonbooks. This event is funded in part by Poets & Writers through public funds from the New York City Department of Cultural Affairs, in partnership with the City Council.