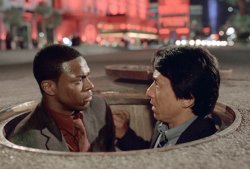 We all think we know the answer to this question–Asians are not black, right? But in the nineteenth century, one California court actually determined that Chinese Americans were black–since they were not, after all, white. This panel–titled after Janine Young Kim’s seminal essay, itself a ‘90s product–discusses how Asians and Blacks have been positioned as not just different, but set against each other, whether in the L.A. Riots or college admissions. This year marks the 20th anniversary of the LA Riots/LA Uprising/Sa-i-gu, but what’s often unremarked upon is how quickly a Black-White conflict (the LAPD vs King) transformed into a multiracial one, enfolding Latino residents and Korean shop owners. Novelist Paul Beatty (White Boy Shuffle) and AAWW’s Kai Ma (former editor of Koream Journal) present about the Riots, as we show video footage from Visual Communications. Blacks and Asians were also pitted against each other during the ‘90s debates over college admissions, consisting of attacks on affirmative action (Prop. 209) and right-wing tracts (The Bell Curve and The End of Racism) that set blacks against an Asian American model minority stereotype. These will be discussed by educator Lisa Arrastia (author of Starting Up: Critical Lessons from 10 New Schools), Columbia Journalism school dean Nicholas Lemann (The Big Test: The Secret History of American Meritocracy) and Wesley Yang (New York Magazine). Chef Eddie Huang (Baohaus, Cheap Bites on the Cooking channel) talks about Chinese take-out joints, name-checked by Jadakiss, as a site of black-Asian interactions. See aaww.org/1989 for details.