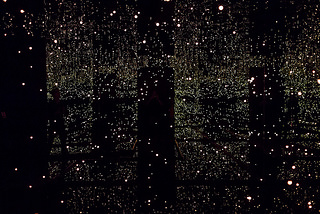 Poet and nonfiction writer Luis Francia muses on his most pressing preoccupations: colonial history, contemporary politics, and the arts. Moving between Salman Rushdie’s first post-fatwa appearance in the United States to Aung San Suu Kyi’s release from house arrest in Burma and reaching back to José Rizal’s late-19th century visits to Spain, each essay in Francia’s RE: Recollections, Reviews, Reflections (University of the Philippines Press, July 2015) reflects the writer’s consciousness at a particular moment in time.

In Yayoi Kusama: Inventing the Singular (MIT Press, August 2015), Midori Yamamura employs Lisa Lowe’s theory of cultural hybridity as she traces the influences on Yayoi Kusama’s anti-conformist practice. Eschewing the common fixation on the mental health of the Japanese artist, Yamamura instead considers how life in post-World War II Japan, migration to the US, the 1960s downtown New York art scene, and women’s liberation movement shaped Kusama’s work and career.