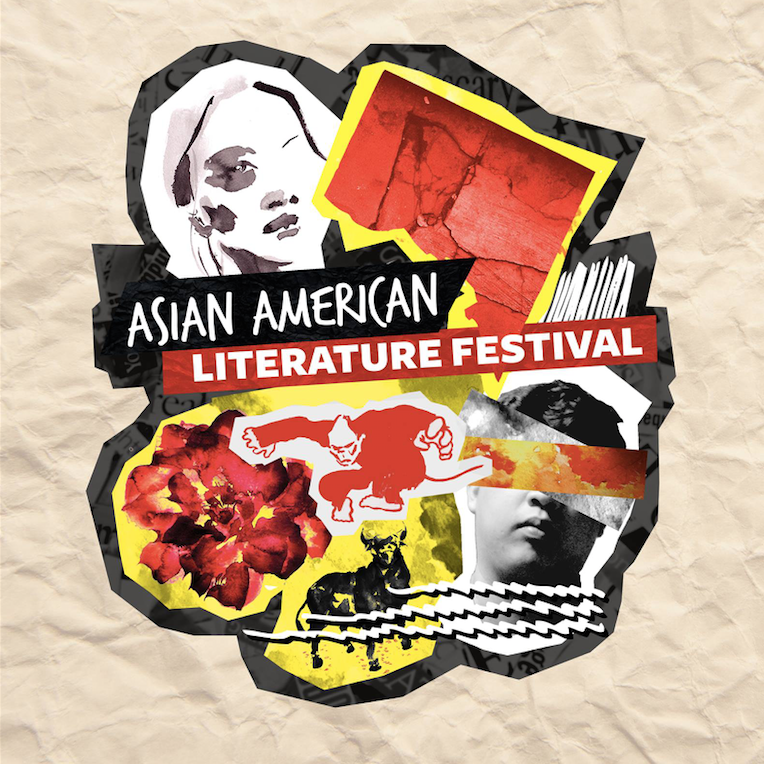 Nearly 90% of the books reviewed by the New York Times are written by white writers. In a scintillating performance debut, the AAWW Margins Fellows will play with language to drag the literary institution and each other. They may come in drag. Dragons will be provided on request.

RSVP HERE
Note: This event will not be at the AAWW Event Space in New York City.

The Asian American Writers’ Workshop is the preeminent national arts nonprofit dedicated to the belief that Asian American stories deserve to be told. Our fellowships materially improve the lives of emerging writers of color through an innovative mix of re-granting, publication, and career development. Since 2010, we have contracted to pay $141,500 to 34 emerging Asian American writers. The Margins Fellowship incubates emerging Asian American creative writers, while the Open City Fellowship fosters Asian American nonfiction writers telling stories about inequality in low-income Asian immigrant neighborhoods in New York City. Taken together, these fellowships articulate our wide vision of Asian American writing as combining both excellent literary fiction and poetry and the stories directly from our community. You can read more about our fellows here.

Jyothi Natarajan is managing editor at the Asian American Writers’ Workshop where she edits The Margins, an arts and ideas magazine featuring the work of Asian American writers, artists, and thinkers. She was previously an editor at the Caravan magazine, and prior to that worked in book publishing at The New Press.

Mariam Bazeed began her life a statistic of economic expatriation in the Persian Gulf. A writer of prose, poetry, and thinly-disguised memoir, Mariam is currently pursuing an MFA in Fiction at Hunter College, where she is at work on her first novel-ish. She has been the recipient of the Hedgebrook Women’s Writing Residency, the Marble House Writing Residency, the Helix Performance Network’s NEEDING IT fellowship at the Brooklyn Arts Exchange, and has been a featured poet at the Bowery Poetry Club. Mariam’s first play, PEACE CAMP ORG, debuted in a workshop performance at La Mama Theater in New York City. She was recently accepted into the 2017 class of the Hemispheric Institute’s EmergeNYC fellowship for performance and politics. In her writing Mariam is concerned with themes of migration, death, death, also death, sickness, death, and the estrangements particular to love and family. Mariam is currently at work on a novel informed by her biography as a life-long expat. She is also at work on a collection of short stories set in Egypt during and immediately following the Arab Spring.

Rami Karim is a writer and editor based in Brooklyn. Their work engages dreams, dissociation, and migration and has appeared or is forthcoming in Apogee, The Brooklyn Review, The Invisible Bear,Â and Peregrine. They are a member of Kaf, an art/publishing collective, and an MFA candidate in creative writing at Brooklyn College, where they received the Himan Brown, Carole Lainoff and Rose Goldstein awards in poetry. This year they will be writing stories, poems, and essays on diasporic life, beginning with a prose lyric set between 1970s Lebanon and present-day America.

Kyle Lucia Wu is a Chinese-American writer living in Brooklyn. She is the co-publisher of the literary journal Joyland and the social media editor at Electric Literature. She has an MFA in fiction from The New School and a BA in psychology from New York University. She has studied at the eight-week fiction workshop at the Iowa Writers’ Workshop, was a Byrdcliffe Colony Artist-in-Residence in May 2015, and is a PEN prison writing mentor. Kyle is interested in hybrid forms of identity, and the invisibility and confusion that accompanies it. She explores how to occupy an identity that hasn’t been defined, and how society seeks to categorize individuals who don’t fall cleanly into pre-established roles. The ways in which we constitute our identities across race, gender, and class are themes that drive her work. She is working on a novel about a mixed-race young woman who works for a wealthy white family, and how it refracts her own fractured background growing up between two families, between two races, and always as an outsider.

Yanyi is a writer and critic based in Brooklyn. He currently serves as a senior editor at Nat. Brut, contributing editor at Foundry, and curatorial assistant at The Poetry Project. A recipient of a 2015 Poets House fellowship, his poems and criticism have appeared in Model View Culture, The Shade Journal, and cellpoems, among others. Yanyi’s manuscript deals with self-documentation, intergenerational trauma, and how memory lodges itself in the body. His ongoing work explores statelessnessâ€”of gender, of nationality, of familyâ€”and how lyric, myth, and memoir may work together in its translation. He is accountable to joy, history, and community. In his fellowship year, Yanyi will play with and around language in archive, law, and pop culture. He believes that poetry should de-codify structures of power, and that no text can be safe from answering to emotional and historical experience.

Asian American Literature Festival: There Will Be Dragons