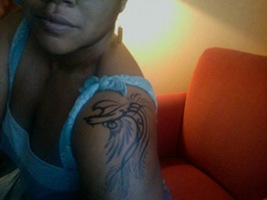 Join us for our sixth annual collaboration between Asian American Writers’ Workshop and Cave Canem featuring the dynamic talent from four all-star female poets! Winner of two American Book Awards, Mei-mei Berssenbrugge molds language with her keen sensibility for visual art. Characteristic of her style is a lush mix of abstract language, collaged images, cultural and political investigation, and unexpected shifts between the meditative and the particular. Tamiko Beyer’s work work engages with ideas of gender, motherhood, conception, and nature, towards a “queer eco-poetics.” Robin Coste Lewis’s work explores political trauma, migration, fragmentation, and the resilience and loss of the body. A poet, visual artist, story maker and scholar, Metta Sáma’s poetry collections explore themes ranging from parasitic invasions and the nature of bodily disintegration as poetic practice, to the loves and lives of African Americans in the 1930s-1960s.

This event is co-hosted and co-curated by Kyla Marshall and Muriel Leung.

Mei-mei Berssenbrugge was born in Beijing and grew up in Massachusetts. She is the author of twelve books of poetry, including Empathy (Station Hill Press), Nest (Kelsey Street Press) and I Love Artists, New and Selected Poems (University of California Press). A collaboration about weather with artist Kiki Smith is forthcoming from Lelong Gallery and a collaboration with her husband Richard Tuttle about communicating with plants will open in Munich, fall 2012. She lives in New York City and northern New Mexico.

Tamiko Beyer is the author of We Come Elemental, winner of the 2011 Kinereth Gensler Award and forthcoming from Alice James Books, and bough breaks from Meritage Press. She received her M.F.A. from Washington University in St. Louis where she was awarded a Chancellor’s Fellowship. She is a former Kundiman Fellow, a contributing editor to Drunken Boat, and the Advocacy Writer at Corporate Accountability International. She lives in Cambridge, MA. Find her online at wonderinghome.com.

Robin Coste Lewis‘s work has appeared in various journals, including The Massachusetts Review, Callaloo, The Harvard Gay and Lesbian Review, GCN, The Pocket Myth Series, and anthologized in Black Silk and The Encyclopedia Project, F-K. She was a finalist for both the War Poetry Prize in 2010, and the National Rita Dove Prize in 2004. She has been awarded residencies and fellowships by the Caldera Foundation, the Ragdale Foundation, and others. Currently, she is a Goldwater Fellow at NYU’s Creative Writing Program. Born in Compton, California, her family is from New Orleans.

Metta Sáma is author of South of Here (New Issues Press, 2005). Her chapbook, Where Ghosts Camp, is forthcoming from YesYesBooks as both an ebook and in print. Her poems & book reviews have been published or forthcoming in Blackbird, Crab Orchard Review, Drunken Boat, Diner, Esque, hercircle, Paterson Literary Review, Verse, Vinyl, Zone 3, among others. She is the fiction editor at ragazine.cc. She teaches African American & Women’s Literature at Lehman & Hunter Colleges in NYC.