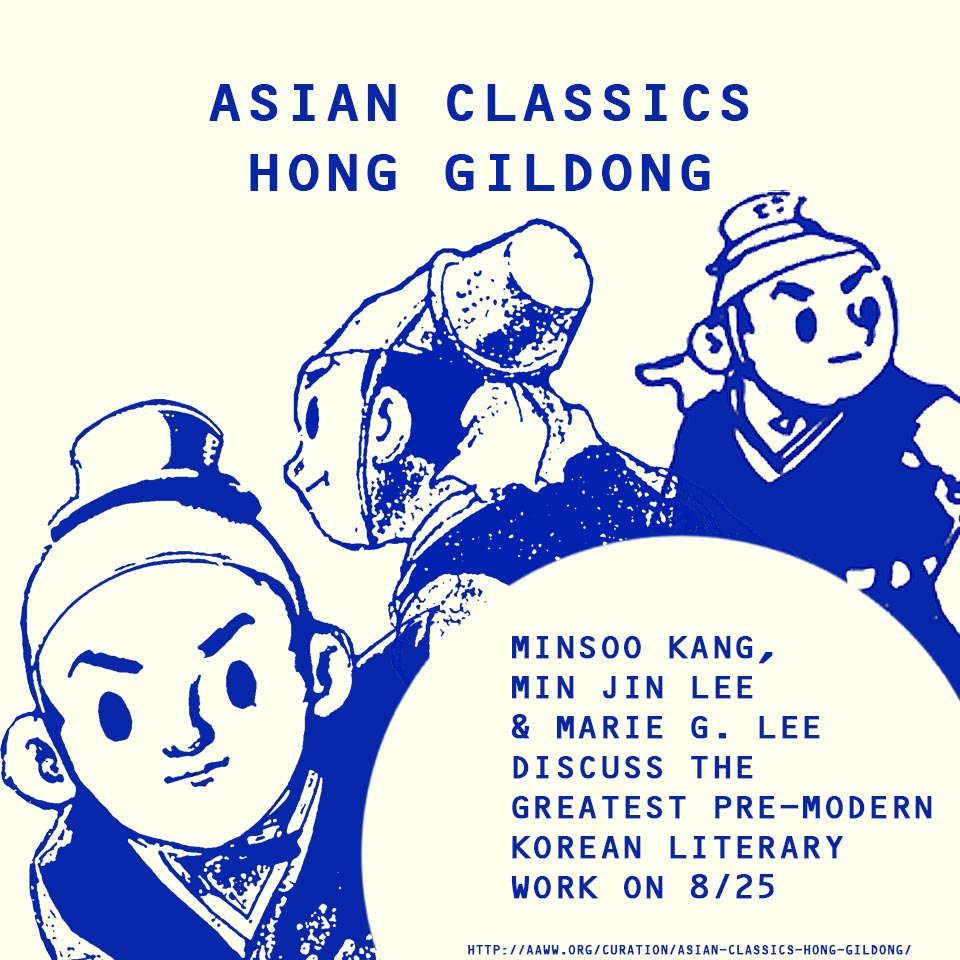 Join us as we celebrate the new authoritative translation from Penguin Classics of The Story of Hong Gildong–arguably the single-most important book of classic Korean fiction. Following the adventures of the Robin Hood-like Hong Gildong, this social justice fairy tale has been adapted into feature films, television shows, cartoons, and even a video game. As NPR writes, “Hong Gildong is an iconic figure in the Korean literary canon…He’s the mythic center of a sometimes-delightful, sometimes-unsettling tale, and it’s time the Western world gets to know him.” Translator Minsoo Kang will deliver a talk about his new translation, and we’ll also present short reflections on Hong Gildong by novelists Min Jin Lee and Marie Myung-Ok Lee.

Minsoo Kang is an associate professor of European history at University of Missouri-St. Louis. He is the author of Sublime Dreams of Living Machines: The Automaton in the European Imagination and coeditor of Visions of the Industrial Age, 1830–1914: Modernity and the Anxiety of Representation in Europe. He is also the author of a short story collection, Of Tales and Enigmas.

Marie Myung-Ok Lee is a graduate of Brown University, where she taught for fifteen years. She is the author of the novel Somebody’s Daughter (Beacon Press). Her next book is forthcoming from Simon & Schuster. Her essays have appeared in the New York Times, Slate, the Guardian, the Nation, the Atlantic, and Salon. She teaches creative writing at Columbia University and is a founder and former board president of the Asian American Writers’ Workshop.

Min Jin Lee’s debut novel Free Food for Millionaires was a No. 1 Book Sense Pick, a New York Times Editor’s Choice, a Wall Street Journal Juggle Book Club selection, and a national bestseller; it was a Top 10 Novels of the Year for The Times of London, NPR’s Fresh Air and USA Today. Her novel Pachinko is forthcoming in February 2017.

This event is cosponsored by the Department of East Asian Languages and Cultures – Columbia University and the Center for Korean Research.