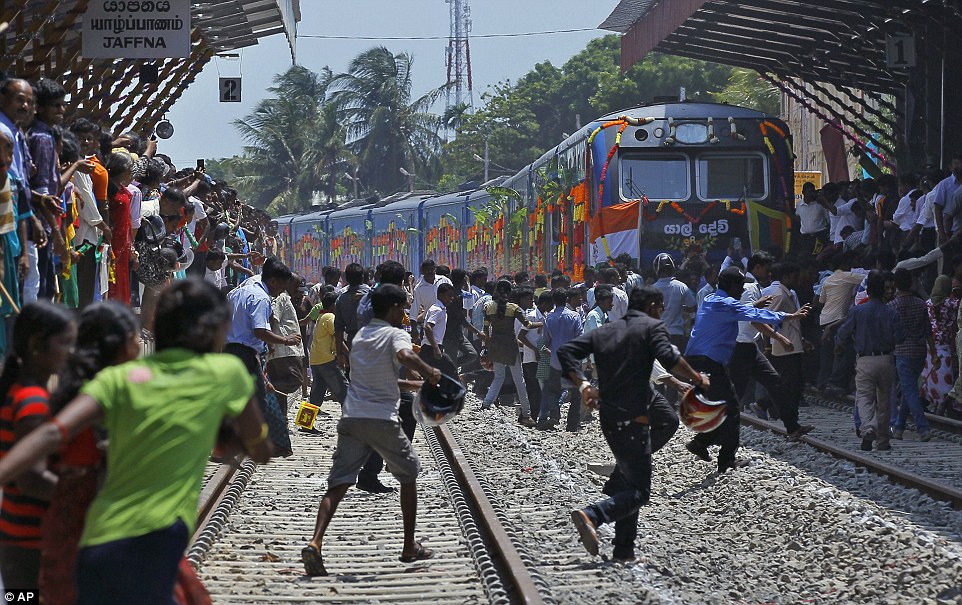 Come chomp on some Sri Lankan food as we ask, What happens in the aftermath of a three-decade long war? It’s a question at the center of Rohini Mohan’s new book, The Seasons of Trouble. The result of five years of reporting and research, her devastating and beautifully written account closes in on the lives of three Tamils caught in the everyday violence that lingers after the end of the civil war in Sri Lanka in 2009. Jon Lee Anderson writes: “Mohan has revealed a modern tragedy of truly epic proportions. Haunting and unforgettable.” Poet Indran Amirthanayagam shares his latest work from Uncivil War, a poetry collection of the uncensored truth of the violence of the war that, as Tom Keneally puts it, “honors the sufferings of the living and the injustices dealt the dead, and…speaks for itself, for humanity in general, and rings with its own universal authenticity and grace.” Joining them will be Leslie Jamison, author of The Empathy Exams (April 2014). The winner of the Graywolf Press Nonfiction Prize,The Empathy Exams is a collection of essays regarding topics ranging from personal loss to phantom diseases: “Jamison stitches together the intellectual and the emotional with the finesse of a crackerjack surgeon…The result is a soaring performance on the humanizing effects of empathy” (NPR). Moderated by Somini Sengupta of the New York Times, who covered the end of the civil war in Sri Lanka. Come for the koththu roti. Stay to learn about a civil war the killed more than 40,000 civilians and left more than a million displaced.

Rohini Mohan, a journalist who specializes in politics, health, and human rights in South Asia, received her Masters in Political Journalism at Columbia University. In the past decade alone, she has traveled through India, Sri Lanka, and Nepal, writing for acclaimed sources such as the New York Times, Al Jazeera, and The Caravan Magazine. Her most recent awards include an award from the Society of Authors in London in 2014, the Charles Wallace India Trust Writing Fellowship in 2013, and the International Committee for the Red Cross Award for reporting on conflict in 2012.  Now based in Bangalore, India, Mohan has resided in New Delhi, Chennai, and New York City.

Indran Amirthanayagam is a Sri-Lankan American poet, essayist, and diplomat. Born in 1960 in Colombo, now Sri Lanka, he moved with his family when he was 14 to Hawaii, where he ultimately started writing. Amirthanayagam has published nine poetry books thus far, including the Paterson Prize-winning The Elephants of Reckoning, and his most recent, Uncivil War. He writes in Spanish, French, Portuguese and Haitian Creole as well as his native English. He comments on poetry from time to time at http://indranamirthanayagam.blogspot.com. He lives currently in Port au Prince, Haiti where he serves in the U.S Embassy as Public Affairs Officer.

Leslie Jamison, an American essayist and poet, is currently working on her PhD in English Literature at Yale. Having graduated from Harvard University and the Iowa Writers’ Workshop, she is now a columnist for The New York Times Book Review. Jamison’s first novel, The Gin Closet (2010), received praise from Publisher’s Weekly, Vogue, and the San Franciso Chronicle. Her second book, The Empathy Exams, debuted at number 11 on the New York Times bestseller list. Jamison currently resides in Brooklyn.

Somini Sengupta covers the United Nations for the New York Times. She was previously The Times’ bureau chief in Dakar and New Delhi and most recently wrote about technology and the law. Sengupta was born in Calcutta, grew up in Canada and California, and graduated from the University of California, Berkeley. She is the recipient of the 2004 George Polk Award for foreign reporting.

This event is cosponsored by the South Asian Journalists Association, as well as Guernica.

Sri Lanka: Beyond an Uncivil Season