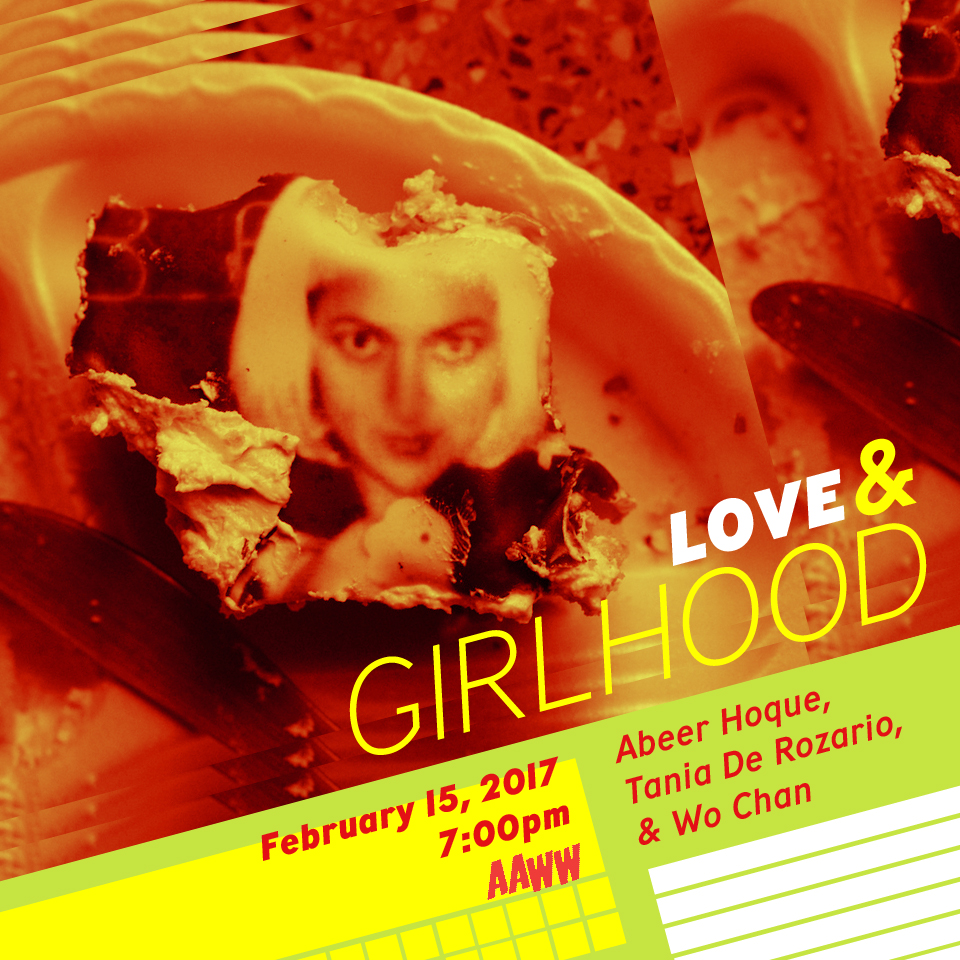 Come celebrate the launch of new books by Abeer Hoque and Tania De Rozario! From Nigeria to Bangladesh to Singapore, these fierce memoirs explore what it means to come of age as a young woman and what it means to leave where you’ve come from. We’ll be celebrating their publications with Margins Fellow Wo Chan! (We may or may not have cookies and clementines.)

Abeer Hoque’s new memoir Olive Witch (Harper 360 2017) tells the sensuous and emotionally immediate story of growing up as a young Bangladeshi girl in 1970s oil-flush Nigeria—and then moving to suburban Pittsburgh. Finding her place as a young woman in America proves harder than she can imagine. Disassociated from her parents and laid low by academic pressure and depression, she finds herself committed to a psychiatric ward in Philadelphia. When Abeer moves to Bangladesh on her own, she finds yet another beginning for someone who’s only just getting used to being an outsider. As Chinelo Okparanta writes, “Abeer Hoque has written a memoir that sneaks up on you, and suddenly you are captivated. Here is a story of finding one’s place in a world that insists too strongly on national borders and other lines of division. Here is a story of crossing borders–of rising above burdens of identity, of learning to accept oneself as well as the circumstances of one’s birth.” Read Abeer’s interviews with Tarfia Faizullah and Munem Wasif in AAWW’s The Margins.

In Tania De Rozario’s new book And The Walls Come Crumbling Down (Math Paper Press 2016), a young woman leaves her family and spends the next six years moving from house to house and living hand-to-mouth—first with her lover, then alone. A poetic rumination on love, loss, and home, the memoir chronicles the physical deterioration of the author’s house, the emotional disintegration of her relationship, and the unearthing of childhood ghosts she can’t seem to cast off. Winner of Singapore’s Golden Point Award for English Poetry, De Rozario previously wrote Tender Delirium (Math Paper Press 2013), a finalist for the 2014 Singapore Literature Prize. A visual artist whose work has been exhibited internationally, Rozario runs EtiquetteSG, a platform of cultural production for women in Singapore. Her research project Making Trouble documents visual art and activism in post-2000 Singapore.

AAWW Margins fellow Wo Chan is a queer Fujanese poet and drag performer who tackles issues such as immigration, performance, gender, and any other ideas of otherness, artifice, and contradiction. A queer Fujianese immigrant living in Brooklyn, Wo is a recipient of fellowships from Poets House, Kundiman and Lambda Literary. Wo is also a member of the Brooklyn-based drag alliance Switch n’ Play. Read Wo’s poems “such as” and “Chopped” in AAWW’s The Margins.