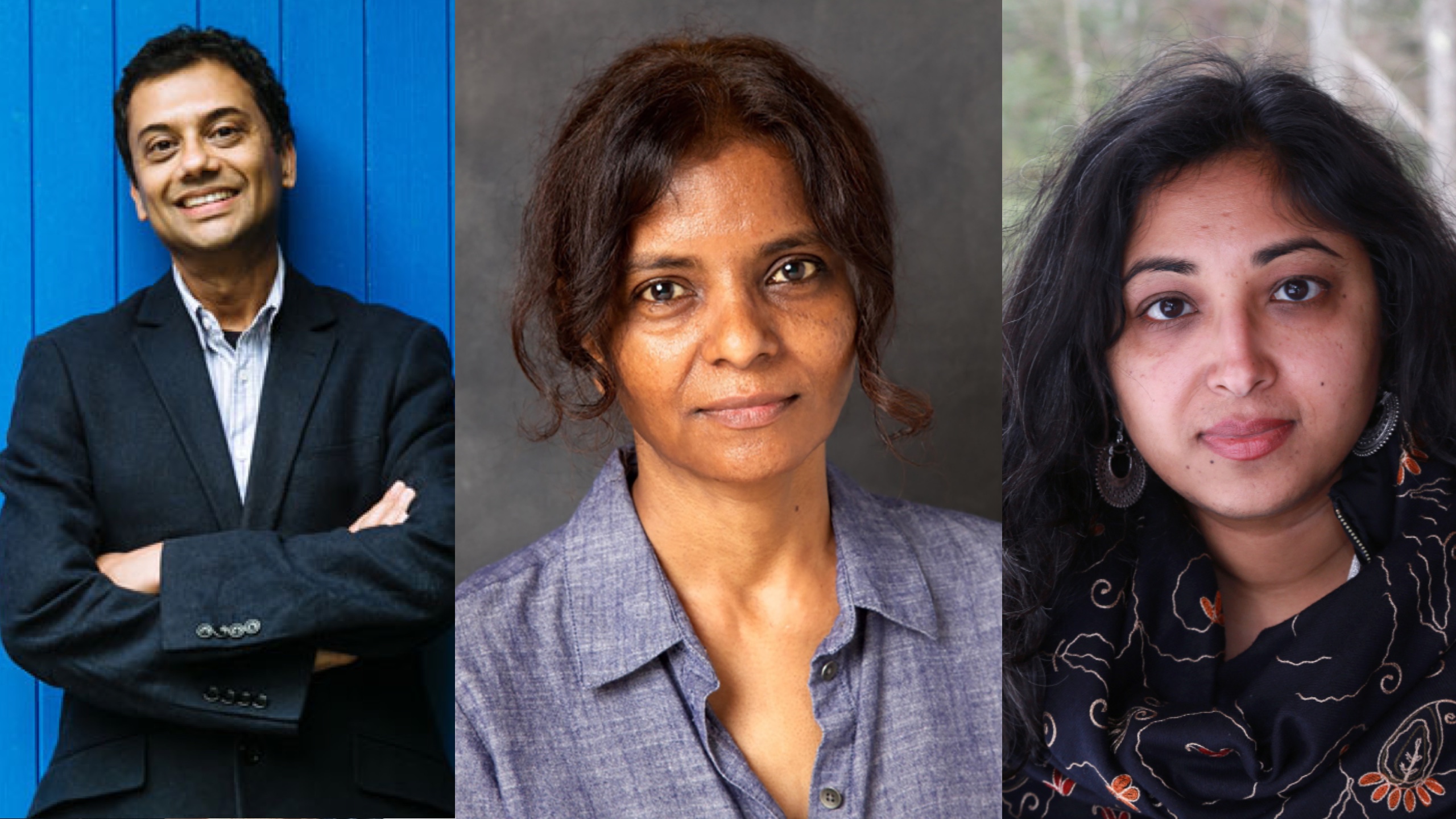 Join us for a reading on India and caste with prize-winning novelist Neel Mukherjee and Sujatha Gidla, the author of the critically-acclaimed debut memoir Ants Among Elephants: An Untouchable Family and the Making of Modern India (FSG, 2017). Mukherjee’s latest novel, A State of Freedom (W.W. Norton, 2018) follows the lives of five characters born to different circumstances in India navigating deeply entrenched class and caste divisions. In conversation with Gaiutra Bahadur, the author of Coolie Woman: The Odyssey of Indenture.

Sujatha Gidla was born an untouchable in Andhra Pradesh, India. She studied physics at the Regional Engineering College, Warangal. The author of Ants Among the Elephants, her writing has appeared in The Oxford India Anthology of Telugu Dalit Writing. She lives in New York and works as a conductor on the subway.

Neel Mukherjee is the author of two novels, A Life Apart (2010), which won the Writers’ Guild of Great Britain Award for best novel, and The Lives of Others (2014), which was shortlisted for the Man Booker Prize, the Costa Best Novel Award, and won the Encore Prize for best second novel.

Gaiutra Bahadur is the author of Coolie Woman (2013), a narrative history of indenture which was shortlisted for the Orwell Prize, the British literary prize for political writing that is artful. Her short story “The Stained Veil” appears in the anthology Go Home!, co-published by Feminist Press and the Asian American Writers Workshop.

This event is co-sponsored by Equality Labs will be livestreamed on the Asian American Writers’ Facebook page.