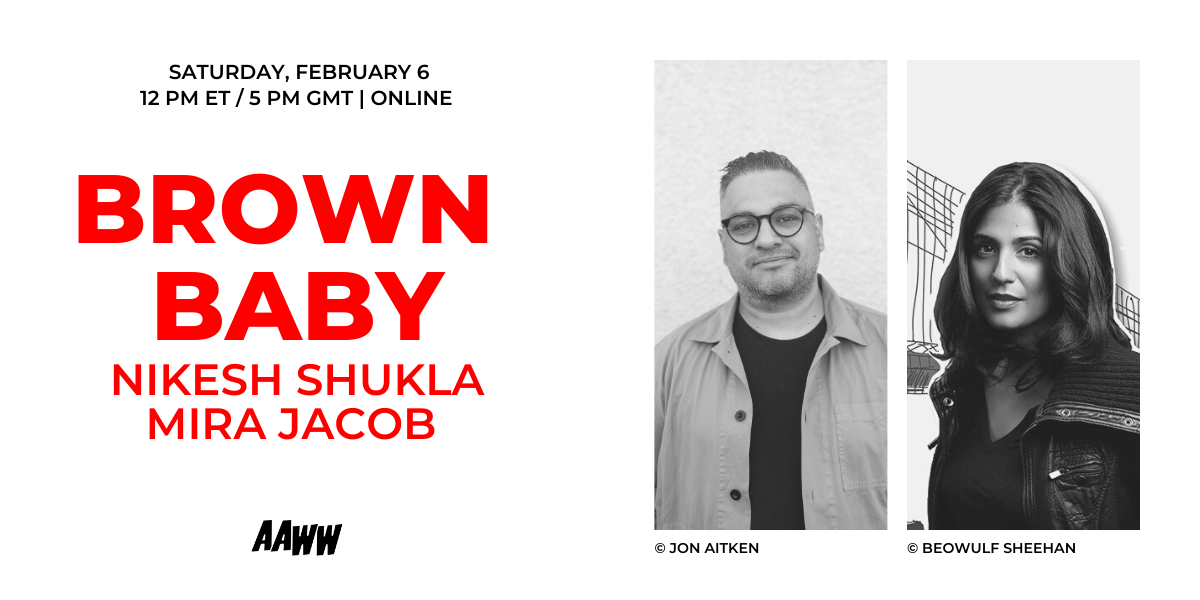 The Asian American Writers’ Workshop is delighted to celebrate the launch of writer Nikesh Shukla’s new memoir, Brown Baby: A Memoir of Race, Family, and Home. An intimate look at love, grief, and fatherhood, Shukla’s memoir “bears witness to our turbulent times” (Bernardine Evaristo) with humor, honesty, and hope. Shukla will be joined in conversation by Mira Jacob, author of Good Talk. 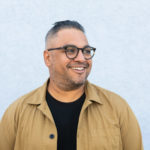 NIKESH SHUKLA is an author, screenwriter and one of the most prominent UK voices on diversity and inclusion in the arts. He is the editor of bestselling essay collection The Good Immigrant, which won the Reader’s Choice at the Books Are My Bag Awards, and was shortlisted for Book of the Year at the British Book Awards. He is the author of a number of novels for both adults and young adults including Coconut Unlimited (shortlisted for the Costa First Novel Award and longlisted for the Desmond Elliott Prize), Meatspace, Run Riot, The Boxer and co-editor of The Good Immigrant USA. 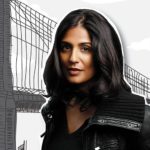 MIRA JACOB is a novelist, memoirist, illustrator, and cultural critic. Her graphic memoir Good Talk: A Memoir in Conversations was shortlisted for the National Book Critics Circle Award, longlisted for the PEN Open Book Award, named a New York Times Notable Book, as well as a best book of the year by Time, Esquire, Publisher’s Weekly, and Library Journal. It is currently in development as a television series. Her work has appeared in The New York Times Book Review, Electric Literature, Tin House, Literary Hub, Guernica, Vogue, and the Telegraph. She is an Assistant Professor at the Writing Program at The New School, and a founding faculty member of the MFA Program at Randolph College. She is the co-founder of Pete’s Reading Series in Brooklyn, where she spent 13 years bringing literary fiction, non-fiction, and poetry to Williamsburg. She lives in Brooklyn with her husband, documentary filmmaker Jed Rothstein, and their son.