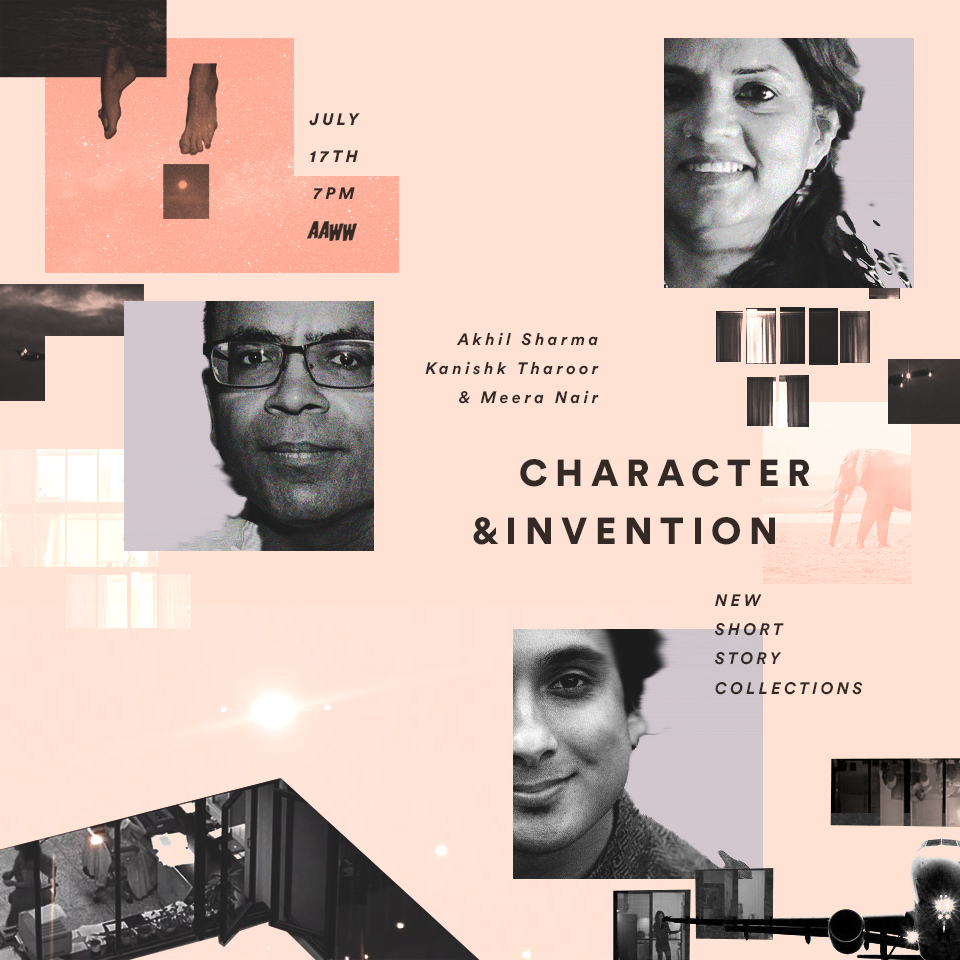 Come hear the authors of two of this year’s most anticipated short story collections. The quotidian stories in Akhil Sharma’s new book simmer with a barely hidden, devastatingly emotional undercurrent?and have earned him comparisons to Chekov. Reminiscent of Calvino and Borges, Kanishk Tharoor’s lush and inventive collection ranges from science fiction to historical pastiche, delving into what is lost from environmental collapse and language loss. Moderated by author Meera Nair.

The Indian protagonists in Akhil Sharma’s short story collection A Life of Adventure and Delight (Norton 2017) find themselves on an unusual, somewhat challenging quest: they want to be better people. A young woman in an arranged marriage awakens one day surprised to find herself in love with her husband. A retired divorcé tries to become the perfect partner by reading women’s magazines. In Sharma’s hands, their curious adventures are at once tender and self-interested, comic and devastating. As Yiyun Li writes, “Readers wade into these stories as though stepping into a calm river only to be caught by the undercurrent of the most devastating kind—the demand of everyday existence. Akhil Sharma’s words touch the deep experience that often remains wordless.” Akhil’s last novel?the Folio prize-winning Family Life (Norton 2015)?explored the death of a child in an Indian family. You can read an excerpt published on AAWW’s The Margins here. His first book, An Obedient Father (Farrar Straus Giroux 2000), won the Pen-Hemingway prize. Named one of the Best Young American novelists by Granta, Akhil teaches at the Rutgers Newark MFA program. Read an interview with him in The Margins.

The Borgesian fables Kanishk Tharoor’s debut collection Swimmer Among the Stars: Stories (Farrar, Straus and Giroux 2017) span ancient Rome and outer space, from the past of Genghis Khan to post-apocalyptic futures. A princess in Morocco requests an elephant delivered to her from Kerala. The United Nations moves to an orbiting sea hotel, after the melting icebergs drown Manhattan. The last surviving speaker of a language sings a song. As Alexandra Kleeman writes, “These stories gleam with the light of an authentic and wholly original imagination, beautifully crafted and in possession of an untamed, almost feral sense of creativity. With Borgesian intelligence and great tenderness of heart, Tharoor reminds us how vital it is to tell stories, and how urgently we need to consume them.” A writer for The New York Times, newyorker.com, and the Hindustan Times, where he is a columnist, Tharoor has appeared on BBC News, BBC Radio Scotland, and the Colbert Report.

In her short story collection Video (Pantheon 2002), Meera Nair presented herself as a witty chronicler of relationships and of families living between India and America. Winner of AAWW’s Asian American Literary Award and shortlisted for the Kiriyama prize, the book was a Washington Post Best Book of the Year. The recipient of fellowships from MacDowell, NYFA, and the Queens Council for the Arts, she has written for The New York Times, The Guardian, The Washington Post, and NPR. As a community activist she teaches creative writing to new immigrants, and is a co-founder of the reading series, Queens Writers Resist.