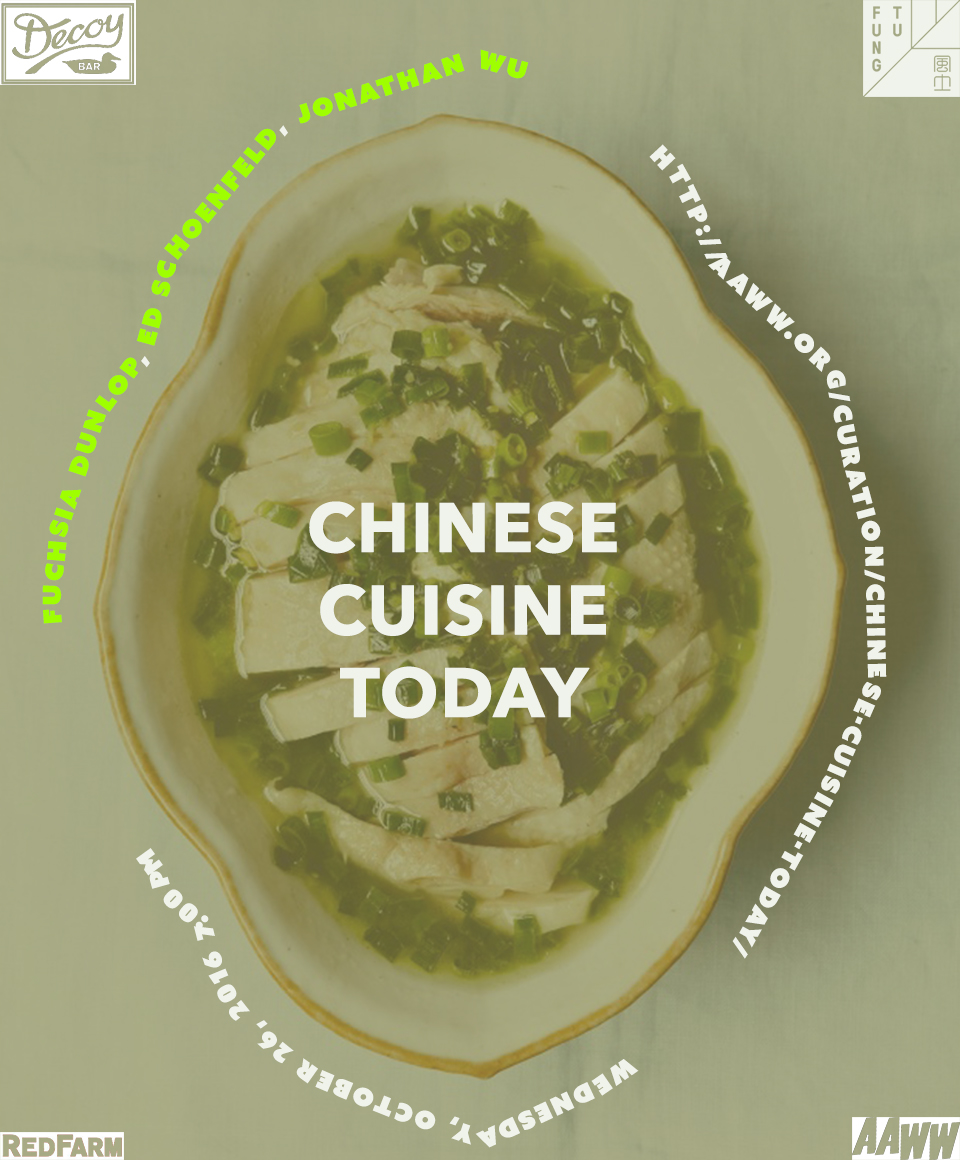 Come celebrate the new cookbook by Fuchsia Dunlop, one of today’s most prominent writers on Chinese culinary traditions. Called “the best writer in the West… on Chinese food” by The Telegraph, Fuchsia’s new book Land of Fish and Rice: Recipes from the Culinary Heart of China (W.W. Norton 2016) explores the cuisine of the lower Yangtze region (Jiangnan), the so-called “land of fish and rice” that encompasses Zhejiang, Jiangsu, and Shanghai. She’ll appear in conversation with two NYC food stars: celebrity restaurateur Ed Schoenfeld, the owner of Red Farm, Zagat’s top-rated New York Chinese restaurant, and Fung Tu chef Jonathan Wu, who the New York Times identified as one of the young Asian American chefs revolutionizing Chinese food.

Fuchsia Dunlop’s Land of Fish and Rice draws on years of study and exploration to present the recipes, techniques, and ingredients of the Jiangnan kitchen. If you’re mouth has ever watered over a dish of Beggar’s Chicken, Dongpo Pork, or Clear-Steamed Sea Bass, this book is you. An evocative book that combines recipes, regional cultural history, and more than 100 photographs, Land of Fish and Rice is–in the words of cookbook author Grace Young–“a major contribution to our understanding of Chinese cuisine.”

A contributor to The New Yorker, Gourmet and Saveur, Fuchsia Dunlop has appeared on Gordon Ramsay’s The F-Word, NPR’s All Things Considered and The Food Programme on BBC Radio 4. Fuchsia Dunlop’s previous books include Every Grain of Rice: Simple Chinese Home Cooking; Shark’s Fin and the Jane Grigson-winning Sichuan Pepper: A Sweet-Sour Memoir of Eating in China, an account of her adventures in exploring Chinese food culture; and two critically-acclaimed Chinese cookery books, Revolutionary Chinese Cookbook, and Land of Plenty. She is the winner of a James Beard Award, which she also was shortlisted for four other times. She speaks, reads and writes Chinese.

A major player in New York City’s food scene, Ed Schoenfeld operates the restaurants Red Farm, Zagat’s top-rated Chinese restaurant in New York, and Decoy, which Gentlemen’s Quarterly Magazine singled out as having New York’s best Peking duck. A pioneer in the 1970s movement to bring authentic regional Chinese dishes to the US, Ed began his restaurant career as the maitre’d in charge at Uncle Tai’s Hunan Yuan, one of New York’s first Hunan restaurants and one that garnered four stars in its New York Times review. The creator of dozens of restaurants as an owner-operator and consultant, Ed helped start Chinatown Brasserie, Pig Heaven, Chop Suey Louie’s Litchi Lounge, and the eponymous Vince and Eddie’s in New York City.

Jonathan Wu is the chef and co-owner of the nouveau Chinese restaurant Fung Tu, at the border of Lower East Side and Chinatown. The name translates to “hometown flavor,” a translation passed down from Wu’s grandfather. The New York Times food critic Pete Wells awarded the restaurant a two-star rating and complimented Wu as “the only Asian-American chef plundering Chinese traditions to weave a modern cuisine of his own imagining.” Formerly a chef at Thomas Keller’s Per Se, Wu has been profiled by both the New York Times and the Wall Street Journal as one of the younger Asian American chefs who are remaking Chinese food. Wu and his business partner Wilson Tang appear in the new documentary Off the Menu: Asian America, released last year by CAAM and KQED.