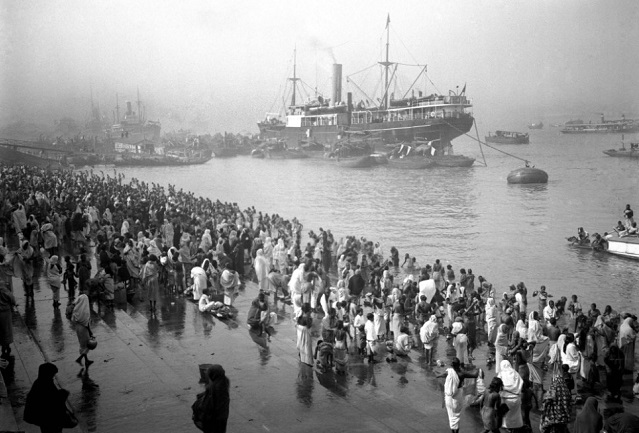 Kalyan Ray‘s sweeping new novel, No Country, takes us back to the height of the colonial era and to the present, using a network of characters to understand the South Asian diaspora. We begin in 19th Century Ireland, tracing families to Calcutta, New York, from 1843 to the present. Throughout, Ray offers rich prose and characters, giving life to this expansive history.

Journalist and editor Siddhartha Mitter will moderate a conversation with Ray.

Presented by the Indo-American Arts Council in collaboration with Asian American Writers Workshop.

Kalyan Ray grew up in Calcutta after his family was uprooted from the Ganges Delta (now Bangladesh) through a combination of political upheavals, natural disasters, and poverty. Educated in India and the U.S., he has lived and taught in Ireland, Greece, Ecuador, Jamaica, and the Philippines, and currently divides his time between the U.S. and Kolkata. He is the author of Eastwords, and has translated several books of contemporary Indian poetry into English. He is married to acclaimed Indian film director and actress Aparna Sen.

Siddhartha Mitter has been an arts correspondent for the Boston Globe since 2004. He has worked as a culture reporter for WNYC—New York Public Radio, 2006-09, and published in The Atlantic, The New Yorker, TC Today (Teachers College), Colloquy (Harvard).