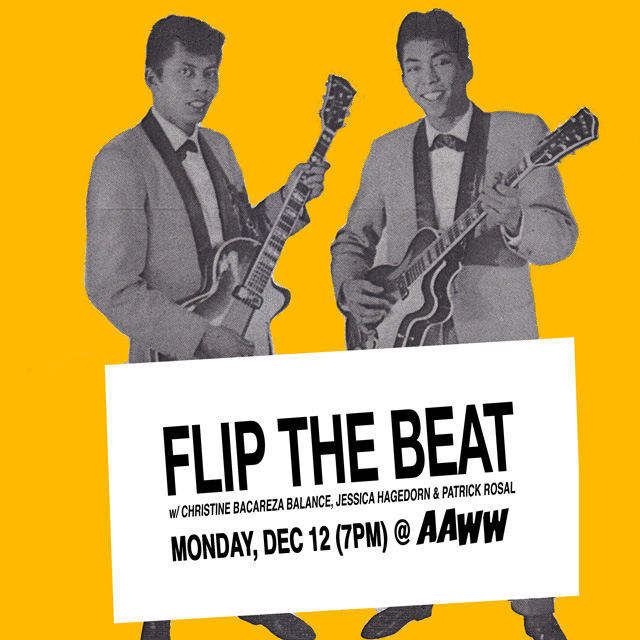 Patrick Rosal is the author of Brooklyn Antediluvian (2016), Boneshepherds (2011), My American Kundiman (2006), and Uprock Headspin Scramble and Dive (2003). His collections have been honored with the Association of Asian American Studies Book Award, Global Filipino Literary Award and the Asian American Writers Workshop Members’ Choice Award. Junot Díaz writes that, “Rosal, almost sorcerous in his abilities, has called up a language, a hurricane, a world, a searing meditation.”

Jessica Hagedorn’s novels include Toxicology, Dream Jungle, The Gangster Of Love, and Dogeaters, winner of the American Book Award, a finalist for the National Book Award, and one of the central books in the Asian American “canon.” She has won honors including a Guggenheim Fiction Fellowship, Lucille Lortel Playwrights’ Fellowship, an NEA-TCG Playwriting Residency Fellowship, and fellowships from the Sundance Playwrights’ Lab and the Sundance Screenwriters’ Lab. From 1975-85, Hagedorn was the leader of a band called The Gangster Choir.