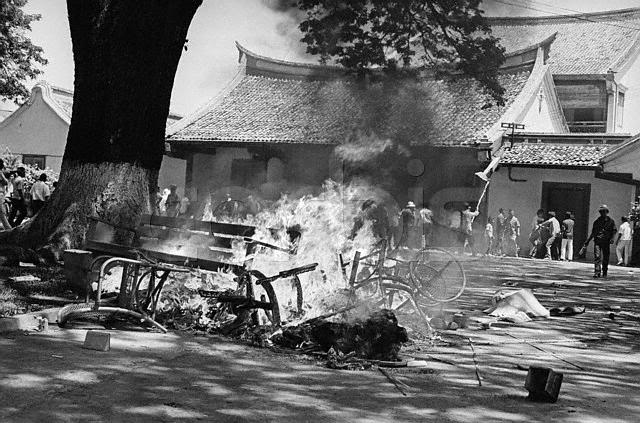 One of Indonesia’s most prominent novelists, Eka Kurniawan has been likened to Gabriel Garcia Marquez and Toni Morrison and named the successor to Indonesia national novelist Pramaoedya Ananta Toer by none other than Benedict Anderson. Join us to celebrate the English language debut—and a rare stateside appearance—of a great world novelist, sure to join the ranks of Bolano, Ferrante, and Murakami.

When Eka started writing his epic Beauty Is a Wound (New Directions 2015), he had wanted to write about an undead woman. If this wild, picaresque novel found inspiration in pulp horror novels, Beauty Is A Wound ended up being an Rabelaisian tale of Indonesian nationhood, from Dutch imperial rule and Japanese occupation to independence. As the book’s translator Annie Tucker writes, in this mythological ghost story, the “gleefully grotesque hyperbole functions as a scathing critique of Indonesia’s troubled past.” A man is murdered in Eka’s Man Tiger: A Novel (Verso 2015, trans. Labodalih Sembiring). While a local villager initially confesses to the murder, he later explains that he had been possessed by the ghost of a magical tiger. As Publishers Weekly wrote, in a starred review, “The world Kurniawan invents is familiar and unexpected, incorporating mystery, magical realism, and folklore… This wild and enthralling novel manages to entertain while offering readers insight into the traditions of a little-known South East Asian culture. Kurniawan has officially put the West on notice.” Appearing with Kurniawan is Beauty Is A Wound translator Annie Tucker in conversation with AAWW Executive Director Ken Chen.

Check out our Indonesian literary series in The Margins and reserve a seat today. Co-sponsored by the South East Asian Network.