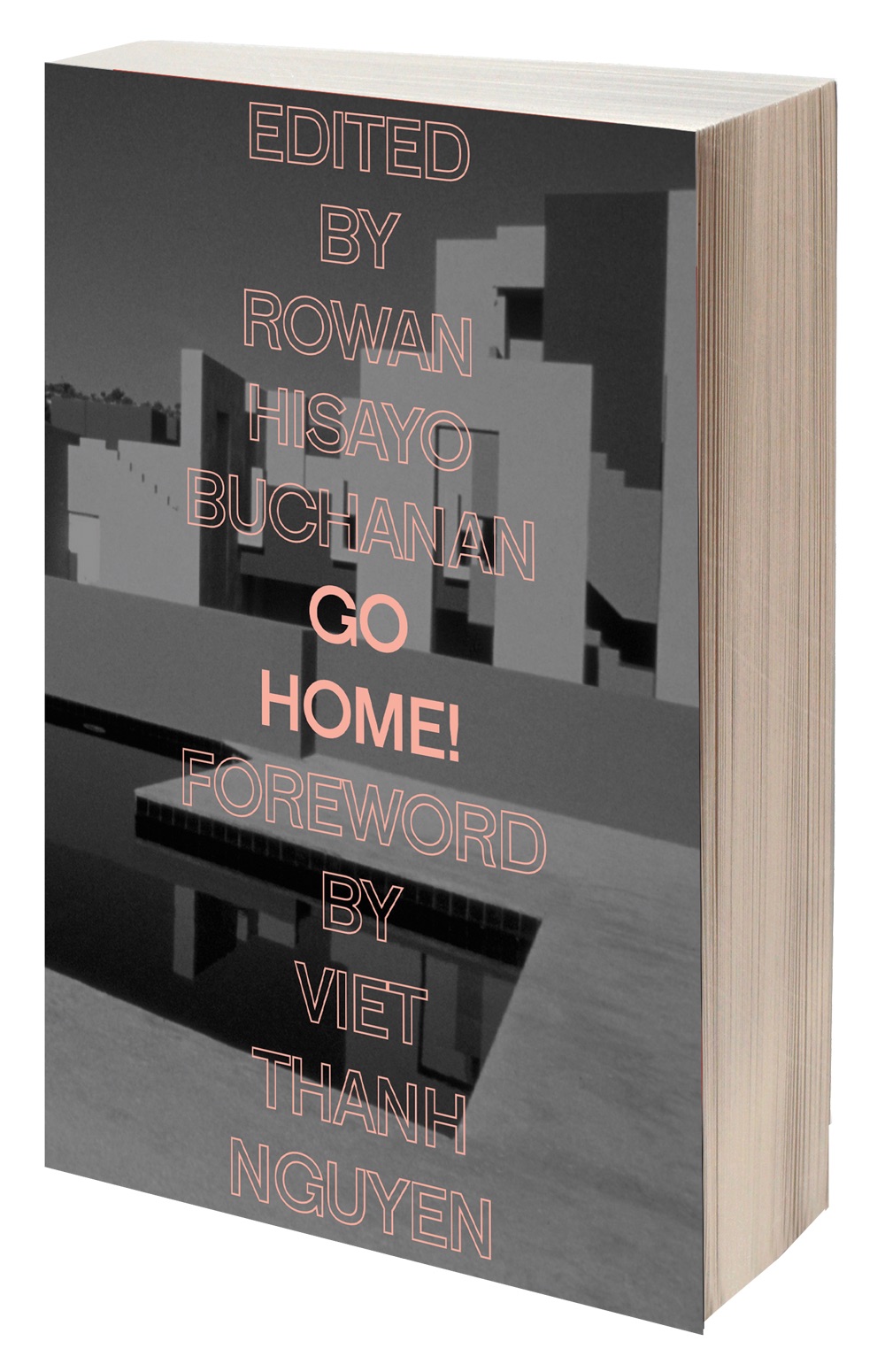 Join us for the launch of Go Home!, the Asian American Writers’ Workshop collection published in collaboration with the Feminist Press. Writers imagine “home” in the twenty-first century through an array of fiction, memoir, and poetry. Both urgent and meditative, this anthology moves beyond the model-minority myth and showcases the singular intimacies of individuals figuring out what it means to belong.

Editor Rowan Hisayo Buchanan and contributing writers, Jyothi Natarajan, Gina Apostol, Chaya Babu, Alexander Chee, Karissa Chen, T Kira Madden, and Jennifer Tseng, take the stage at Inkwood Books for an 2018 AWP off-site event. There will be short readings from the book, followed by a discussion about the project, exploring the necessity of both expanding and challenging the immigrant narrative.

Jyothi Natarajan is the editorial director of the Asian American Writers’ Workshop.

Gina Apostol’s third novel, Gun Dealers’ Daughter, won the 2013 PEN Open Book Award and was shortlisted for the 2014 William Saroyan International Prize. Her first two novels, Bibliolepsy and The Revolution According to Raymundo Mata, both won the Juan C. Laya Prize for the Novel (Philippine National Book Award). Her essays and stories have appeared in the New York Times, Los Angeles Review of Books, Foreign Policy, Gettysburg Review, Massachusetts Review, and others. She lives in New York City.

Chaya Babu is a Brooklyn-based writer, journalist, educator, and writer. She was the 2016 BuzzFeed Emerging Writers Fellow, a 2015 Open City Fellow with the Asian American Writers’ Workshop, and her writing has also appeared in the Margins, Racialicious, the Feminist Wire, the Wall Street Journal, the Sunday Guardian, India Abroad, and elsewhere. Babu is currently pursuing her MFA in writing at Pratt Institute, and she is also editor at large at the Brooklyn Quarterly and a teaching artist with Community Word Project.

Alexander Chee is the author of the national bestseller The Queen of the Night. His acclaimed debut novel, Edinburgh, was published in 2001. He is a contributing editor at the new Republic, an editor at large at VQR and LitHub, and a critic at large for the Los Angeles Times. His essays and stories have appeared in Best American Essays, the New York Times Book Review, Tin House, Slate, Guernica, NPR, and Out, among others. He is winner of the Whiting Award and fellowships from the NEA and the MCCA. He is currently an associate professor of English and creative writing at Dartmouth College.

T Kira Madden is a writer and photographer. Her work has appeared in Guernica, Black Warrior Review, Columbia Journal, the Kenyon Review, and Tin House online. She is a recipient of fellowships from the MacDowell Colony and Hedgebrook and serves as the founding editor in chief of No Tokens.

Jennifer Tseng is the author of two poetry books, The Man with My Face and Red Flower, White Flower. Her chapbook, Not so dear Jenny, won the Bateau Press Boom Chapbook Contest. Tsung’s debut novel, Mayumi and the Sea of Happiness, was a finalist for the New England Book Award, shortlisted for the PEN Robert Bingham Award for Debut Fiction, and has been featured in the Boston Globe, Los Angeles Times, Huffington Post, Elle, Financial Times, and elsewhere. She currently teaches for the Fine Arts Work Center’s summer and online writing programs, and for the Martha’s Vineyard Institute of Creative Writing.