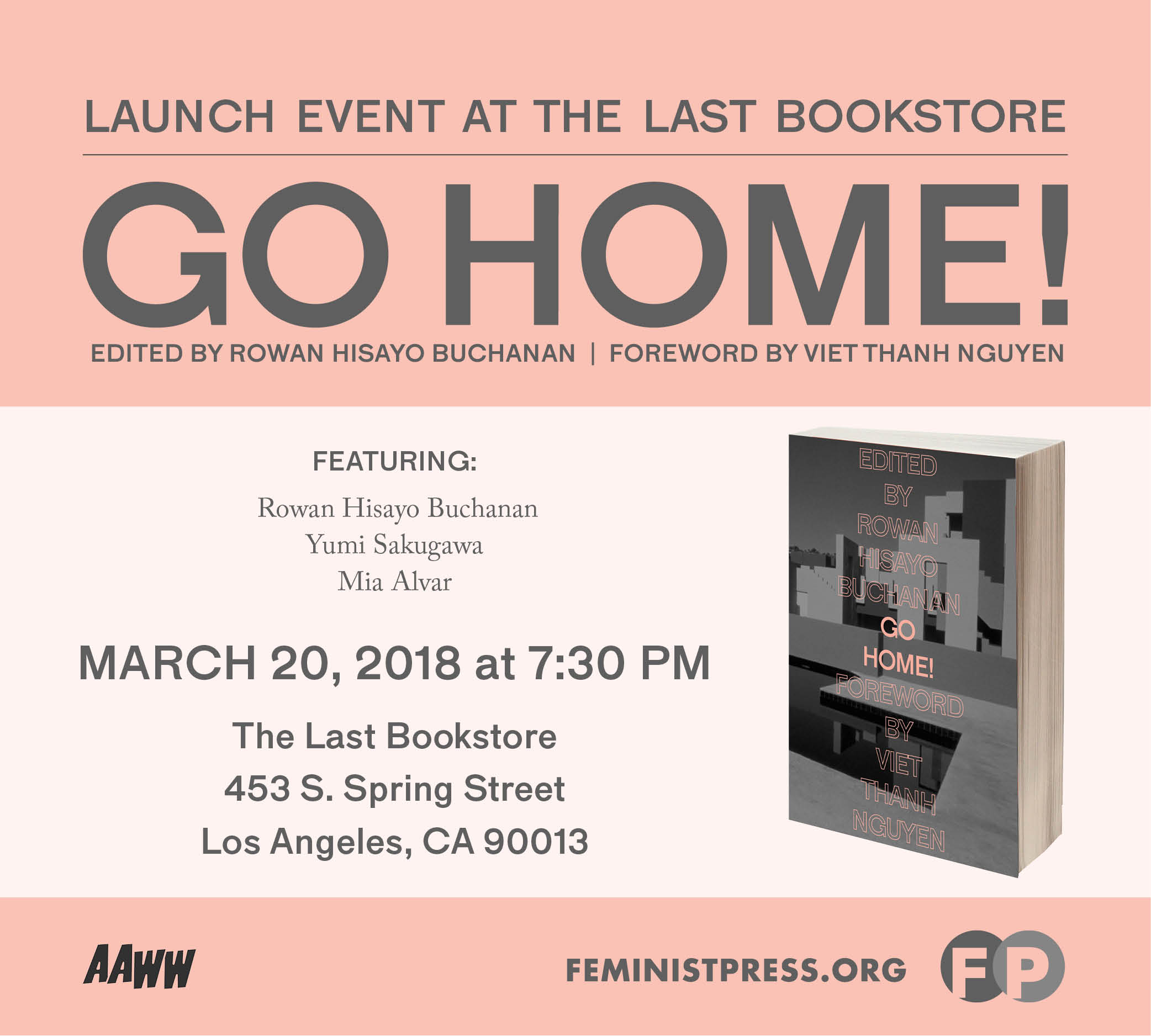 In this collection, published in collaboration with the Asian American Writers’ Workshop, writers imagine “home” in the twenty-first century through an array of fiction, memoir, and poetry. Both urgent and meditative, this anthology moves beyond the model-minority myth and showcases the singular intimacies of individuals figuring out what it means to belong.

Moderated by artist and writer Yumi Sakugawa (Your Illustrated Guide to Becoming One with the Universe), editor Rowan Hisayo Buchanan and contributor Mia Alvar take the stage at the Last Bookstore. Readings from the book will be followed by a discussion about the project, and the necessity of both expanding and challenging the immigrant narrative.

Mia Alvar‘s collection of short stories, In the Country, won the PEN/Robert W. Bingham Prize for Debut Fiction, the 2015 Barnes & Noble Discover Great New Writers Award, and the Janet Heidinger Kafka Prize. Alvar has been a writer-in-residence at the Corporation of Yaddo, the Djerassi Resident Artists Program, Lower Manhattan Cultural Council, and the Blue Mountain Center for the Arts. Her work has appeared in One Story, the Missouri Review, the Cincinnati Review, and else. Born in the Philippines and raised in Bahrain and the United States, she lives in New York City.

Yumi Sakugawa is an Ignatz Awards-nominated comic book artist and the author of I Think I Am In Friend-Love With You and Your Illustrated Guide to Becoming One with the Universe. Her comics have also appeared in the Believer, Bitch, the Best American Non­-Required Reading 2014, the Rumpus, Folio, Fjords Review, and other publications. She has also exhibited multimedia installations at the Japanese American National Museum and the Smithsonian Arts & Industries Building. A graduate from the fine art program of University of California, Los Angeles, she lives in Los Angeles.