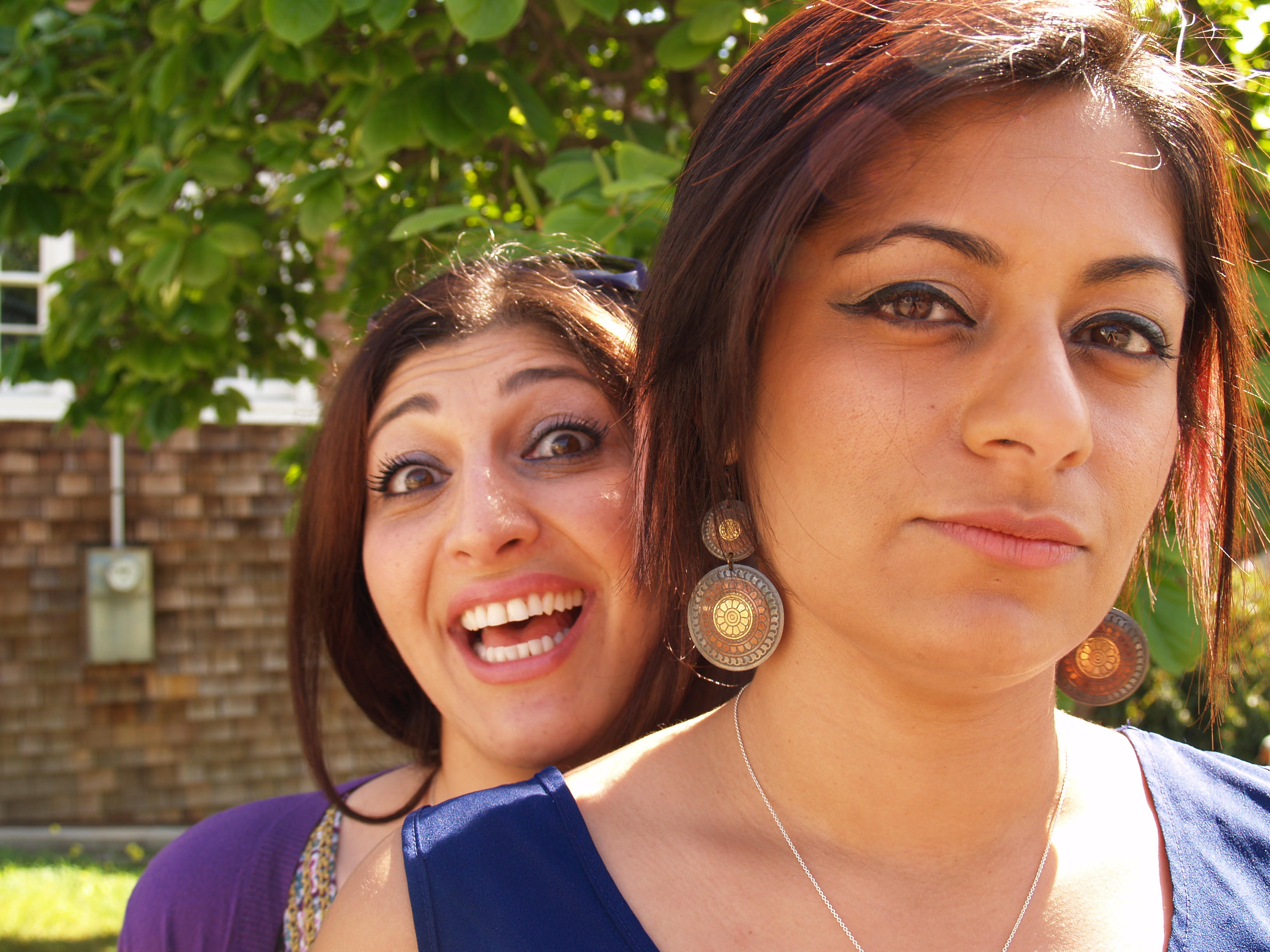 Join us for an evening of conversation and laughter as the quirky yet controversial duo of the #GoodMuslimBadMuslim podcast record a live show for their next episode from the heart of the Big Apple. Stay tuned as co-hosts Zahra Noorbakhsh and Taz Ahmed declare fatwas, creep sharia and hand out Good Muslim awards. The show will be recorded, as are all of their conversations. Stick around for the Q&A Aftershow, moderated by Deepa Crash of the Good Cha Podcast. The infamous DJ Rekha will spin some music for the show. And we’ll have fun stand-up sets by comedians Zahra Noorbakhsh & Dina Hashem!

Started early 2015, the #GoodMuslimBadMuslim podcast is a monthly conversation between two friends on the topic of goods and bad of being Muslim-American women. Each month, Zahra and Taz make jokes that disrupt stereotypes of Muslims, but mostly so they get to issue fatwas, rant about awkward-ask-a-Muslim moments, and relish in creeping Sharia. You can download the podcast at iTunes, Stitcher, or your favorite podcast listening app.

Tanzila Ahmed is an activist, storyteller, and politico based in Los Angeles. She can be heard and read monthly on the #GoodMuslimBadMuslim podcast and Radical Love column respectively. A long-time writer for Sepia Mutiny, Tanzila is also published in the Love, Inshallah anthology (Beacon Press). Her personal projects include writing about Desi music at Mishthi Music; making #MuslimVDay Cards; and curating images for Mutinous Mind State. Tanzila also organizes with Bay Area Solidarity Summer and South Asians for Justice – Los Angeles. You can find her rant on Twitter at @tazzystar.

Zahra Noorbakhsh is a Feminist Muslim, Iranian American comedian and writer, and tweets at @zahranoo. Her one woman show “All Atheists Are Muslim” was dubbed by the New Yorker as a highlight of the Int’l New York City Fringe Theater Festival. Check out her work at The Muslim Funny Fest on July 22!

Navdeep Tucker, also known as Deepa Crash, hosts The Good Cha Podcast, engaging in good conversations over a good cup of cha; and actively advocates for banning the phrase ‘chai tea’ from the American lexicon.

DJ Rekha is a London-born musician, DJ, producer, curator, and activist. Since establishing herself on the club scene with her inaugural event Basement Bhangra in 1997, she has produced some of the longest running and successful parties in New York, including Bollywood Disco, and Mutiny. She tweets at @djrekha.

This is event is co-sponsored by the hip Muslims known as Mipsterz, the Muslim Writers Collective, and Brown Girl Magazine.