In April, the Asian American Writers’ Workshop will celebrate the paperback launch of C Pam Zhang’s debut novel How Much of These Hills is Gold, which was longlisted for The Booker Prize, among other accolades. Since its publication last spring, this haunting, spare, and achingly beautiful novel has been widely praised for turning its unflinching gaze on the people and legends of the American West, illuminating the voices of those who are often forgotten in the margins of history. Joining Pam in conversation to celebrate her book is writer and comedian Karen Chee. 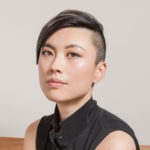 Born in Beijing but mostly an artifact of the United States, C PAM ZHANG has lived in thirteen cities across four countries and is still looking for home. She’s been awarded support from Tin House, Bread Loaf, Aspen Words, and elsewhere, and currently lives in San Francisco. In 2020 her debut novel, How Much of These Hills is Gold, was longlisted for The Booker Prize. 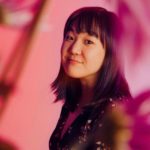 KAREN CHEE is a comedian and writer for Late Night with Seth Meyers. She has also written for the Golden Globes, the New Yorker, and the New York Times, and she is currently working on a humor collection for Holt.

How Much of These Hills is Gold


Event tags:
Signature Events
Upcoming Events
June 26 9:45 AM
PAGE TURNER: The 2021 Publishing Conference
PAGETURNER, the 2021 AAWW Publishing Conference, will convene experts and authors across industries and genres to share candid insights, advice, and experiences. From the latest generation of literary editors to some of the newest voices in the speculative genre, from academics to Hollywood screenwriters, we're exploring the craft of writing...
July 5 6:30 PM

***POSTPONED*** Workshop: Building an Independent Paid Newsletter with Yanyi
Yanyi
*****POSTPONED FOR A LATER DATE***** **The Asian American Writers’ Workshop is a space that seeks to uplift and celebrate BIPOC and queer, trans, and nonbinary folks of color. We ask allies to take a step back and enjoy our programs in another capacity.** Independent publishing has historically been a way...
July 13 7:00 PM