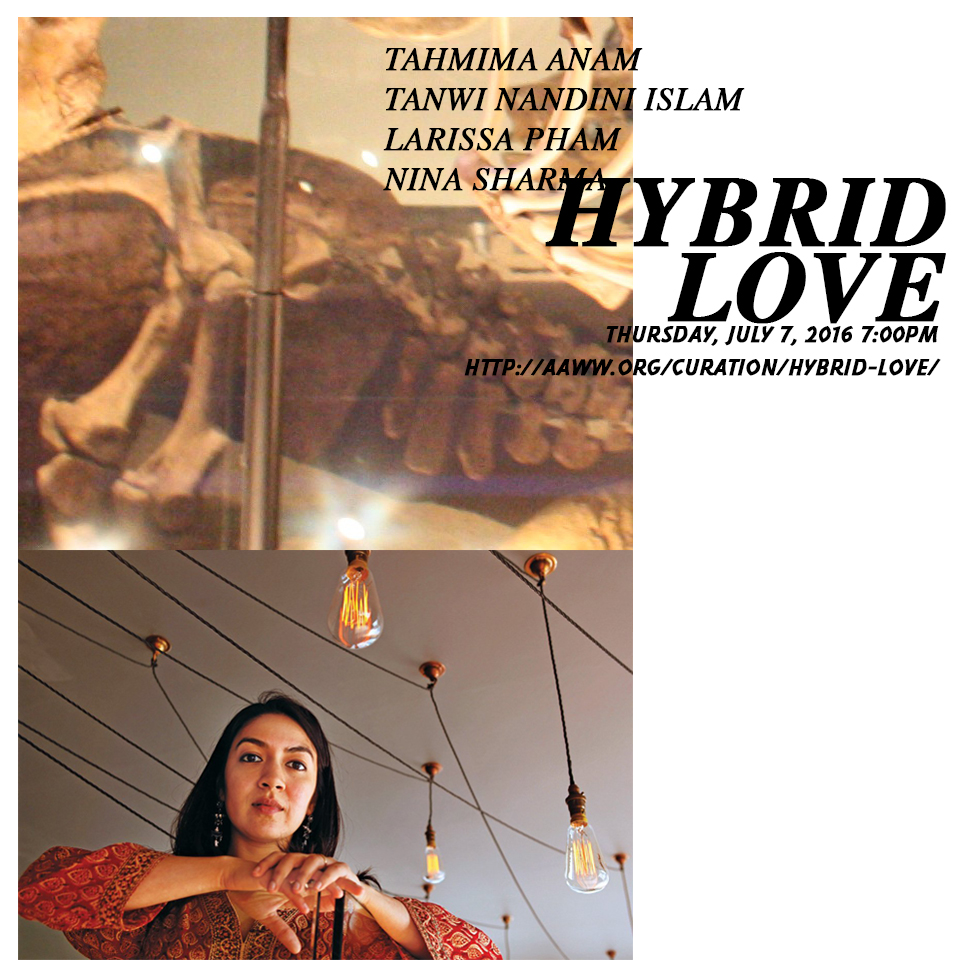 Join us for a special rare appearance with bestselling London-based author Tahmima Anam, whose new novel The Bones of Grace (Harper Collins 2016) explores what it means to be in love while caught between South Asia and America. Named one of the top 20 young British writers by Granta, Anam in this book marks the end of her trilogy which started in A Golden Age (Harper Perennial 2009), winner of the Commonwealth Writers’ Prize, and continued in A Good Muslim (Harper 2011), which was nominated for the Man Asian Literary Prize. She’ll appear in conversation with novelist Tanwi Nandini Islam — and the event will begin with short readings about interracial love by Larissa Pham and Nina Sharma.

Tahmima Anam’s lyrical third novel about love, family and belonging, The Bones of Grace, centers on a young Bangladeshi paleontologist named Zubaida Haque, who must choose between two countries and two men: her Bangladeshi friend from childhood and an American man she meets at a concert in Massachusetts. The book’s title refers to a fossilized skeleton that Zubaida exhumes in Balochistan: the skeleton of a “walking whale,” who serves as a symbol of her own hybrid identity caught between worlds. As the Financial Times writes: “Fractures in identity, explored through Zubaida’s orphan story, are… powerful element — the cultural shame she is made to feel over her unknown lineage in Bangladeshi high society and, further afield, the sense she is “amphibian”, forever negotiating in-between, migrant spaces. The Bangladesh independence war casts a long shadow over the present, even if it is pushed to the back of the story. It is a perpetually open wound that, decades on, can still reduce Zubaida’s adoptive parents to tears with sudden flashbacks, so that she comes to resent the inherited legacy of their trauma.”

In Tanwi Nandini Islam’s Bright Lines (Penguin 2015), the Bangladeshi Saleem family raises three girls on Cambridge Place: rebellious Charu, bookish adoptee Ella, and runaway Maya, who seeks refuge from her abusive father. When their home falls victim to fire, the Saleem family returns to Bangladesh, where they must confront the demons of their past alongside the ones of the present. The book was a finalist for the Center for Fiction’s First Novel Prize. She is the founder of Hi Wildflower Botanica and served as an Open City Fellow for the Asian American Writers’ Workshop, where she wrote about a South Asian women’s coop and interviewed novelist Nayomi Munaweera.

Larissa Pham’s art and writing has appeared or is forthcoming in Guernica, The Nation, Adult Mag, The Hairpin, and elsewhere. She is the author of Fantasian, a New Lovers novella from Badlands Unlimited, out October 25, 2016.

Nina Sharma’s work has been featured in Drunken Boat, The Feminist Wire, and Blueshirt Journal, where she recently won the Blueshift Prize for writers of color, judged by Jeffery Renard Allen. Formerly the Director of Public Programs at AAWW, Nina is the recipient of a fellowship from the VCCA.