How has the form of memoir been utilized by women writers? What can memoir tell us about history? From 1970s Iran to 1900s China, these are the stories of exceptional women. Jasmin Darznik weaves the experiences of three generations of Iranian women to reflect on their struggle against political and personal oppression in her debut memoir. Pang-Mei Natasha Chang traces the life of her great-aunt Chang Yu-I (the first Chinese woman to secure a Western style divorce) in early 20th century China and Supriya Bhatnagar welcomes us into her single-mother headed childhood home in 1970s India through a series of elegant vignettes. Join us as the three writers discuss, invoke, and question the power of the memoir to tell the layered and complex stories of women who resist. 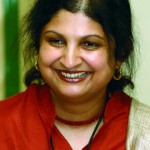 Supriya Bhatnagar is Director of Publications for The Association of Writers & Writing Programs (AWP) and the Editor of the Writer’s Chroncile. She received her MFA in Nonfiction from George Mason University. Her short stories and essays have appeared or are forthcoming in Femina, 4Indianwoman.com, Perigee, and Artful Dodge.

Pang-Mei Natasha Chang is a Chinese-American memoirist and essayist who writes about identity, relationships, and the intersection of cultures, generations and the sexes. Her writings have been included in the New York Times Magazine, New Haven Review, and Saveur. She’s on the board of the literary magazine, the New Haven Review, and has taught writing at Yale and Bard colleges. 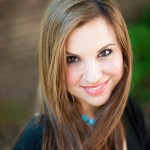 Jasmin Darznik was born in Tehran, Iran. A former attorney, she received her Ph.D. from Princeton University. Her writing has appeared in the New York Times, Washington Post, Los Angeles Times, and other publications. She is a professor of English at Washington and Lee University and has also been a visiting professor of Iranian literature at the University of Virginia. The Good Daughter is her first book and will be published in twelve countries.