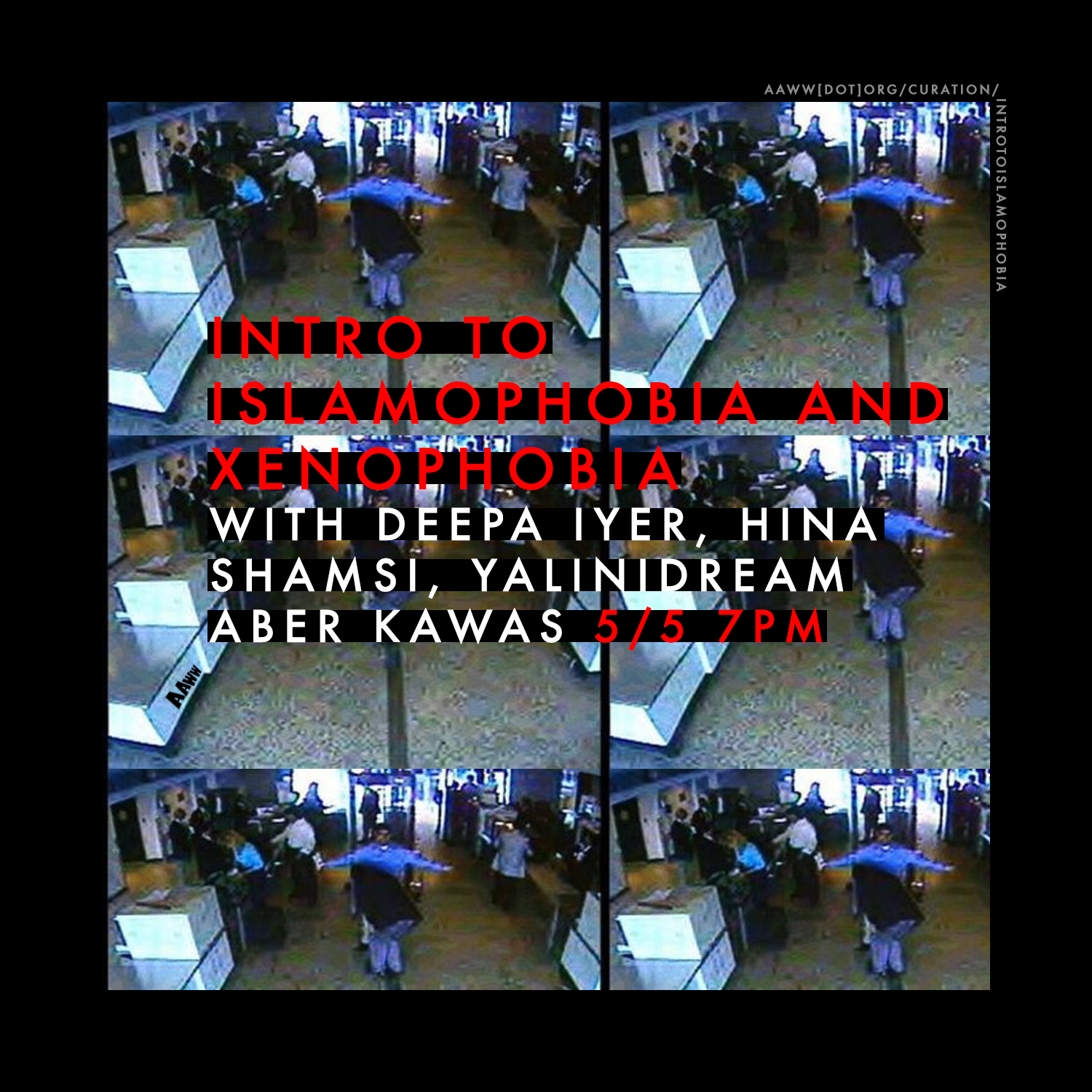 If you’ve been following the Presidential election, you’ve heard Donald Trump call for a database tracking all Muslim Americans and Ted Cruz suggest banning Muslim refugees purely on their religion. While this nativism is not new, dating back to 9/11 and before, these examples show how crucial xenophobia remains for American nationalism. Come hear attorney/activist Deepa Iyer read from her crucial new book, We Too Sing America: South Asian, Arab, Muslim and Sikh Immigrants Shape Our Multiracial Future (New Press 2016). She’ll discuss the targeting of South Asian, Arab, Muslim and Sikh Americans with Arab American Association of New York Youth Lead Organizer Aber Kawas and ACLU National Security Project Director Hina Shamsi. Headlining the event will be queer performance artist YaliniDream, a Tamil Sri Lankan activist and one of the most prominent performance poets in the South Asian American community.

A necessary history of the post-9/11 backlash, Iyer’s We Too Sing America spans the immediate roundups and Patriot Act provisions after 9/11 to more recent flashpoints like the Park 51 Community Center and the 2012 Sikh massacre in Oak Creek, Wisconsin. Combining top-level policy discussions with personal stories and activist interviews, Iyer paints a compelling portrait of the American racial state. Arguing for Asian Americans to fight their assimilation into whiteness, Iyer links the fight against anti-Muslim hysteria to the undocumented youth movement, Black Lives Matter, and the fight against systemic racial violence and state surveillance. Described by Vijay Prashad as having “the head of a lawyer and the heart of a community activist,” Iyer is the former Executive Director of South Asian Americans Leading Together and Senior Fellow at the Center for Social Inclusion.

Moderated by ACLU National Security Project Director Hina Shamsi, a civil liberties attorney who has served as a national security expert reference for The New York Times, The Washington Post, The Associated Press, and Reuters. She has litigated cases upholding the freedoms of speech and association, and challenging targeted killing, torture, unlawful detention, and post-9/11 discrimination against racial and religious minorities. Read her pieces in The Guardian and Huffington Post. Hina Shamsi is appearing in her personal capacity and not as a representative of the ACLU.

Aber Kawas works at the Arab American Association of New York as the Youth Lead Organizer. She has worked with several organizations in the city around issues such as immigration, police surveillance, racial profiling, ect. and hopes to work to improve the conditions of immigrants in the New York area by providing programs and services to both them and their children. Check out a video of her here and see her leading a demonstration in the New York Times here.

Intro to Islamophobia and Xenophobia