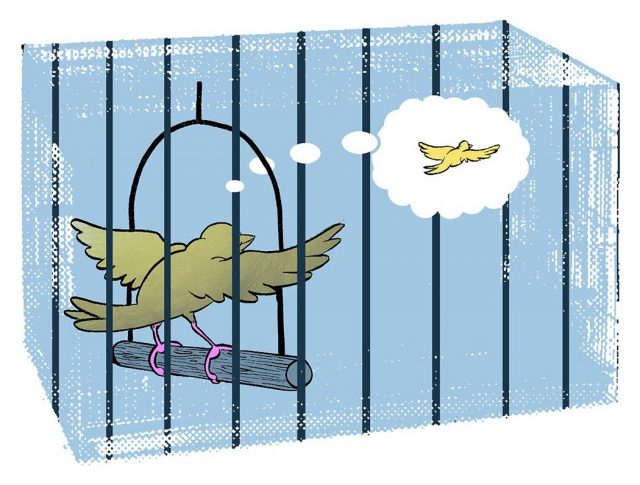 There are enough people in American prisons, jails, and immigration detention centers to populate a country. And like a country, American incarceration has its own language. There’s the technocratic and euphemistic language of the state—offender, felon, illegal immigrant, detainee, parolee. There’s also the language that the incarcerated use to describe their own position in a system of confinement—captive, prisoner, migrant, refugee, returning citizen. At the Asian American Writers’ Workshop, we’ll interrogate these terms and the political narratives they feed into.

Is language adequate to describe the harsh reality of incarceration? Which words are used too often, too lazily, not often enough? Does language have the power to shape the way we think about freedom? Join us for presentations by Nicole R. Fleetwood, Madhu Kaza, Aviva Stahl, Sarah Wang, and a conversation with AAWW’s Prisons Editor Daniel A. Gross about the evolving language of 2019 and the way it shapes lives.

Nicole R. Fleetwood is a writer, curator, and professor of American Studies at Rutgers University, New Brunswick. Her books are Marking Time: Art in the Era of Mass Incarceration (forthcoming), On Racial Icons: Blackness and the Public Imagination (2015), and Troubling Vision: Performance, Visuality, and Blackness (2011). She is co-editor of Aperture magazine’s “Prison Nation,” a special issue focusing on photography’s role in documenting mass incarceration. Fleetwood has co/curated exhibitions on art and mass incarceration at the Andrew Freedman Home, Aperture, Cleveland Public Library, Zimmerli Museum, and the Urban Justice Center. Her work has been supported by fellowships from the NYPL’s Cullman Center for Scholars and Writers, American Council for Learned Societies, Whiting Foundation, Schomburg Center for Scholars-in-Residence, NJ Council for the Humanities, and Andrew W Mellon Foundation.

Born in Andhra Pradesh, India Madhu H. Kaza is a writer, translator, artist and educator based in New York City. She is the editor of Kitchen Table Translation, an anthology that connects translation to migration and which features immigrant and poc translators. As an educator she has taught workshops and seminars for faculty and students in non-traditional environments both in the U.S and abroad. She works for the Bard Prison Initiative as the director of the Bard Microcollege at Brooklyn Public Library.

Aviva Stahl is a Brooklyn-based journalist who primarily writes about prisons, national security, and immigration detention. She received her B.A. at McGill University and holds a Master’s in the Sociology of Race from the London School of Economics. Her work has been published by a number of outlets, including Rolling Stone, the Guardian, the Intercept, Harper’s, Vice Magazine, the Village Voice and many others.

Daniel A. Gross is Prisons Editor at AAWW and a web writer for The New Yorker, where he often covers literature, culture, and criminal justice. He has reported on mass incarceration for The Guardian, Reveal, and CityLab, among others. Previously, he worked as a reporter for the BBC/PRI radio program “The World,” and contributed to podcasts like Studio 360, 99% Invisible, and Criminal.

Image credit: “Canary Robin and the Place Without Cages” by CM Campbell

How We Talk about Prison: Rewriting the Language of Incarceration