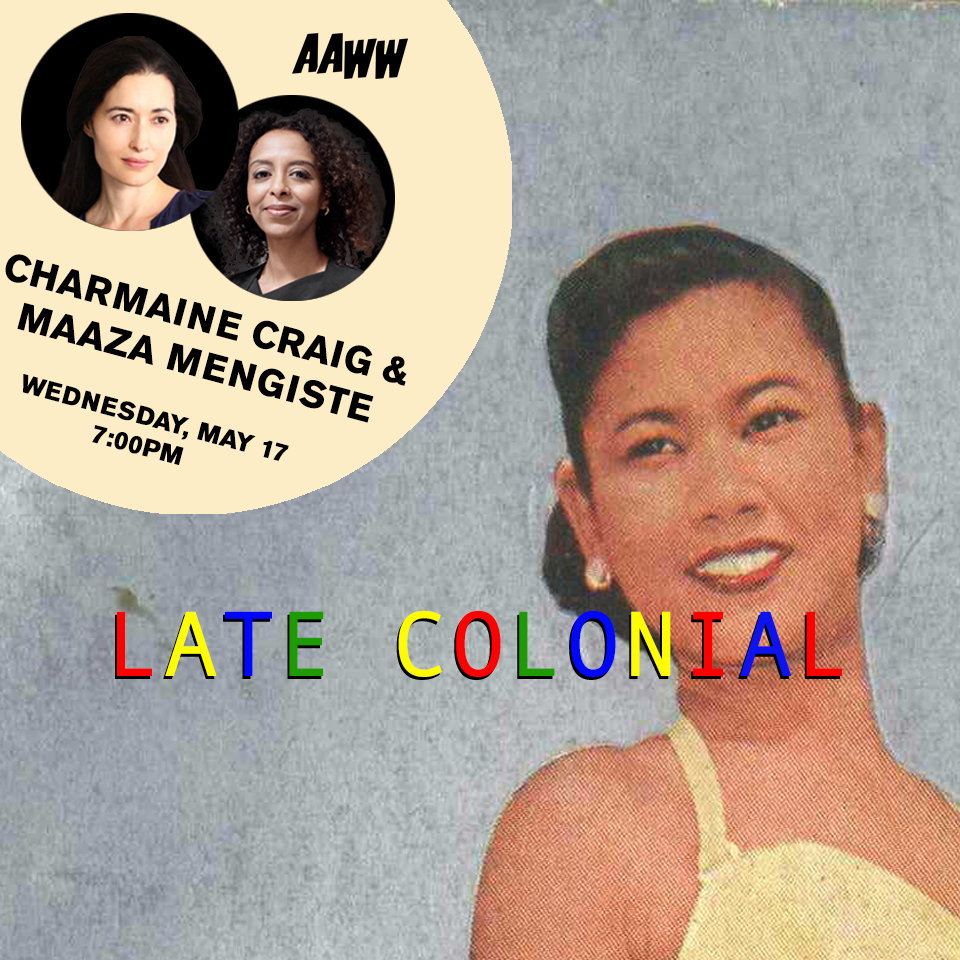 Come hear two crucial novelists who’re narrating the colonial and postcolonial nation. Chomp on free Burmese food from our catering partner, Burma Noodle Bar. We’re celebrating the new novel by author-actress Charmaine Craig: the semi-autobiographical epic, Miss Burma. Pulitzer Finalist Laila Lalami calls the book “a sweeping novel of Burma and its complicated history, told from the perspective of people whose voices have been systematically erased from the official record.” Charmaine will talk with Maaza Mengiste, whose novel Beneath the Lion’s Gaze tells the last days of Ethiopian ruler Haile Selassie and the 1970s Ethiopian Civil War. If you loved Min Jin Lee’s Pachinko or Chaitali Sen’s The Pathless Sky, don’t miss this thrilling discussion of late colonial violence, mass revolt, postcolonial malaise, and the personal stories that comprise history from below. This event is co-sponsored by Columbia Center for International History and NYSEAN (New York South East Asian Network)!

Charmaine Craig’s Miss Burma (Grove Atlantic 2017) tells the story of Myanmar from British colonial rule to the assassination of Aung San and the student protests of 1962. The focal point are two characters loosely based on Craig’s grandparents: Benny and Khin, a member of the persecuted Karen minority, who both go into hiding during the Japanese occupation during World War II?a journey that will have historical ramifications. The novel follows Aung San’s ascension and assassination and the country’s subsequent civil war, a brutal conflict through which the state viciously targeted the Karen minority. Miss Burma also follows Benny and Khin’s eldest child, Louisa, who becomes the country’s first beauty queen but must reckon with her family’s past, the West’s ongoing covert dealings in her country, and her own loyalty to the Karen cause. A rich, subtextually layered novel that’s stylistically reminiscent of Sara Suleri’s Meatless Days and John Berger’s G, Miss Burma is?in the words of Aminatta Forna?a book that explores “how we are all actors in our histories and the histories of our nations.” A professor at UC Riverside, Charmaine Craig wrote the novel The Good Men (Riverhead), a national bestseller translated into six languages. She previously worked as an actor in film and television.

Addis Ababa-born Maaza Mengiste’s debut novel Beneath the Lion’s Gaze (Norton 2011) narrates the Ethiopian civil war through dual characters: Emperor Haile Selassie, depicted in his last days before revolution, and Hailu, a respected doctor who must protect his family from violence and is also asked by the regime to treat a tortured political prisoner. Named one of the 10 best contemporary African books by The Guardian, the novel led the New York Times to state that “Mengiste joins a group of other young Africans writing in English [like Chris Abani and Chimamanda Adichie] whose subject is the continent’s postcolonial civil wars. They are unafraid of depicting the vicious violence Frantz Fanon’s ‘wretched of the earth’ are capable of and showing how Fanon’s colonially oppressed grew into master oppressors themselves.” A contributor to the New Yorker and Granta and named a new literary idol by New York magazine, Mengiste served as a writer for the social-activist documentary film GIRL RISING, which features the voices of actors such as Meryl Streep, Liam Neeson, and Cate Blanchett.