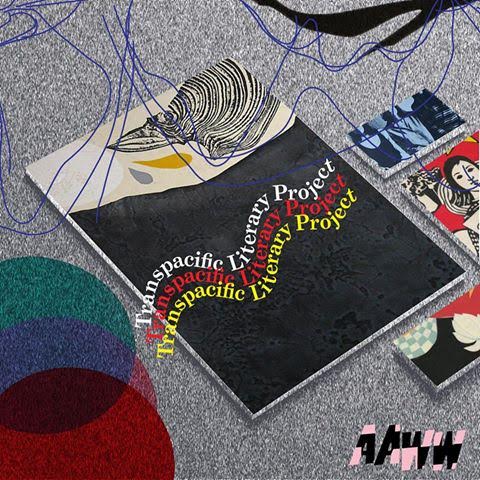 Does literature stop at a country’s borders, or is it possible to write transnationally? We invite you to the launch of the Transpacific Literary Project with the publication of our first themed portfolio, “Remittance.” The Transpacific Literary Project is an exciting new initiative from the Asian American Writers’ Workshop that will publish the most urgent voices from East and Southeast Asia, creating a space for dialogue within and about the region. During this Ghost Month — itself a form of remittance — we invite you to join us for an evening of readings and conversation with Gina Apostol, Bonnie Huie, Kyoo Lee, Ed Lin, and AAWW’s Asia Literary Editor Jeremy Tiang as we embark on this adventure. Light refreshments will be served!

Gina Apostol’s first two novels, Bibliolepsy and The Revolution According to Raymundo Mata, both won the Juan Laya Prize for the Novel. Gina’s third novel, Gun Dealers’ Daughter, won the 2013 PEN/Open Book Award and was shortlisted for the 2014 William Saroyan International Prize. Her essays and stories have appeared in The New York Times, Los Angeles Review of Books, Foreign Policy, Gettysburg Review, and Massachusetts Review. Check out an excerpt from Gun Dealers’ Daughter in AAWW’s The Margins.

Bonnie Huie translates Chinese and Japanese. Her most recent work is Notes of a Crocodile, Qiu Miaojin’s coming-of-age novel about queer friendship in late-’80s Taipei, published by NYRB Classics. She received a PEN/Heim Translation Fund grant, and her excerpt of Okinawan political novelist Tatsuhiro ?shiro’s “To Futenma” appears in The Brooklyn Rail’s InTranslation. Check out an excerpt from Notes of a Crocodile in AAWW’s The Margins.

Kyoo Lee is Professor of Philosophy at The City University of New York, author of Writing Entanglish: Come in Englysshing With Gertrude Stein, Zhuangzi … (Belladonna Chapbook) and Reading Descartes Otherwise: Blind, Mad, Dreamy, and Bad (Fordham UP), is a theorist and writer working widely in the intersecting fields of the Arts & the Humanities. A member of PEN America Translation Committee based in NYC and Poetry Translation Center in London, she also occasionally summer-teaches at Jack Kerouac School of Disembodied Poetics, seminaring on philopoetics and soon in Fall 2017 she will be starting a Mellon Public Seminar on “mp3: Merging Poetry, Philosophy, Performativity” at the CUNY Graduate Center. Currently, she serves on the editorial boards of Derrida Today, Women’s Studies Quarterly and Open Humanities Press.

Ed Lin, a native New Yorker of Taiwanese and Chinese descent, is an all-around stand-up kinda guy. He’s the author of several books: Waylaid published by Kaya Press; the Robert Chow crime trilogy, set in 1970s Manhattan Chinatown; and the Taipei mystery series, Ghost Month and Incensed, both published by Soho Crime. The Chow books will be reissued this fall by Witness Impulse, a tiny print of HarperCollins. Lin is the first author to win three Asian American Literary Awards. He lives in New York with his wife, actress Cindy Cheung, and son.

Jeremy Tiang is the AAWW’s Asia Literary Editor. He is the author of State of Emergency (Epigram Books, 2017) and It Never Rains on National Day (shortlisted for the Singapore Literature Prize). Jeremy is also a playwright, and has translated more than ten books from Chinese, including novels by Chan Ho-Kei, Zhang Yueran, Su Wei-chen and Yeng Pway Ngon. He is the recipient of a PEN/ Heim Grant, an NEA Literary Translation Fellowship, and a Henry Luce Foundation Fellowship.

The Transpacific Literary Project is funded by the Henry Luce Foundation.

Embarking on the Transpacific