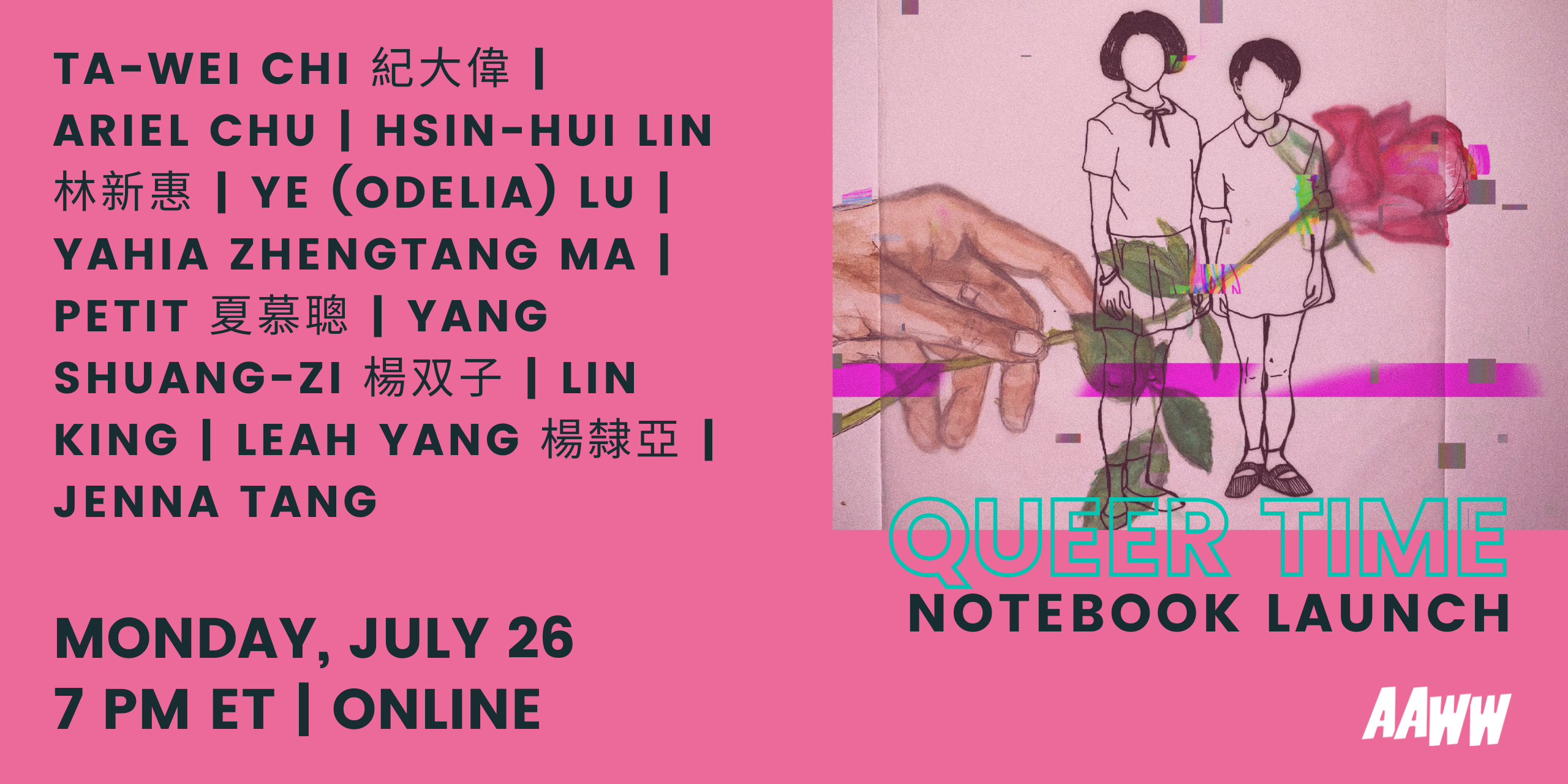 At the end of July, we’re excited to launch the Margins notebook, QUEER TIME: A SPECIAL NOTEBOOK OF TAIWANESE TONGZHI LITERATURE / 酷兒時間：台灣同志文學, co-edited by Ta-wei Chi and Ariel Chu. To celebrate this unique collection of contemporary Taiwanese queer literature, this bilingual event will feature dialogues and readings with several of the contributors and translators of this notebook, including Hsin-Hui Lin, Ye Odelia Lu, Petit, Yahia Zhengtang Ma, Leah Yang, Jenna Tang, Yang Shuang-zi, and Lin King, with segments introduced by Ta-wei Chi and Ariel Chu.

As Ta-wei and Ariel write in their introduction, “queer stories serve as assertions of self and community, narratives that refuse to be assimilated into dominant political frameworks.” We invite you to join us in holding this time and space, alongside our writers and translators.

This event will premiere on the Asian American Writers’ Workshop YouTube channel. Please note that this will be a bilingual event, with subtitles provided. 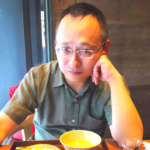 With a PhD in Comparative Literature at UCLA, Ta-wei Chi is associate professor of Taiwanese literature at National Chengchi University in Taipei, where he teaches LGBT studies and disability studies. His academic monograph discusses a history of queer literature in Taiwan from the 1960s to the new millennium. His queer science fiction novel, The Membranes, originally published in Chinese, is available in Japanese, French and English. His story collection, The Pearls, is available in French. Visit him at taweichi.com. 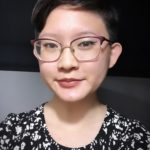 Ariel Chu is an incoming PhD candidate in Literature and Creative Writing at the University of Southern California, where she will be completing a short story collection and novel with the support of a Steinbeck Fellowship. She received her MFA in Creative Writing at Syracuse University in 2020, where she was awarded the Shirley Jackson Prize in Fiction. A former editor-in-chief of Salt Hill Journal, a 2019 P.D. Soros Fellow, and a 2020-2021 Luce Scholar in Taiwan, Ariel has been nominated for the Pushcart Prize, the Best Small Fictions Anthology, and the Best of the Net Award. Her writing can be found in The Common, The Masters Review, and Sonora Review, among others. Visit her at ariel-chu.com. 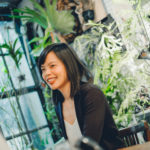 Hsin-Hui Lin 林新惠 is a science fiction writer and literary critic based in Taipei, Taiwan. She is the author of the sci-fi short story collection Human Glitches (瑕疵人型), which investigates the blurring boundaries between humans and non-humans, the surreal moments that happen in our mundane life, and the loss and loneliness that consume us in the age of technology. As a debut novelist, she was awarded the 2020 Taiwan Literature Award for Books, one of the major literary prizes in Taiwan. In addition to creative writing, she frequently publishes reviews and essays on major media, intersecting literature with current events and cultural activities. Currently, she is a Ph.D. student at the National Chengchi University Graduate Institute of Taiwanese Literature. Her research concerns the relationship between literary texts and ecological and technological humanities. 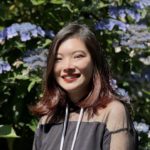 Ye (Odelia) Lu is a translator and nonfiction MFA candidate at Columbia University. She has lived, studied, and worked mostly in China and the US. She mainly translates from Chinese. She is also the Print Translation Editor for the Columbia Journal Issue 59. Her work has appeared in Sine Theta Magazine Issue 11. 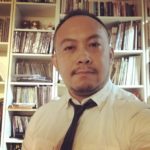 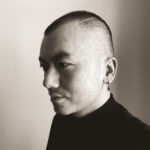 Yahia Zhengtang Ma is a Chinese-English translator and Ph.D. student in the Asia Institute at The University of Melbourne where he is undertaking a research project on the translation of male same-sex desire in Chinese-language literature through the lens of Queer Translation Studies. In addition to the English translations of numerous texts about contemporary Chinese art, his English translation of Ta-wei Chi’s 1998 short story “Howl” has been published in Queer Taiwanese Literature: A Reader edited by Howard Chiang by Cambria Press in 2021. Yahia’s critical work has appeared or is forthcoming in Melbourne Asia Review, Intersections: Gender and Sexuality in Asia and the Pacific, TSQ: Transgender Studies Quarterly, American Journal of Chinese Studies, Taiwan Insight, and Translation Studies. 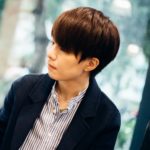 Leah Yang 楊隸亞 was born in Taipei, Taiwan in 1984. An essayist and novelist, Leah published a first collection of essays《女子漢》in 2017. Many of Leah’s works have been published in online newspapers and literary magazines in Taiwan and Shanghai. Leah has also served as the Chinese Literature Biweekly Guest Writer at the University of Malaya, Kuala Lumpur, and has also been invited to participate in numerous exchanges with the Beijing Writers’ Association and Shanghai Writers’ Association. Leah’s creative writing focuses on themes such as the lives of contemporary urban women and issues surrounding multiple gender identities. 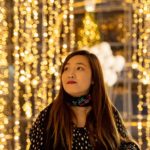 Jenna Tang is a Taiwanese writer, literary translator, and interpreter based in New York. She translates from Mandarin Chinese and Spanish. She received her MFA in Fiction Creative Writing from The New School. Her translations are published in Restless Books’ international anthology And We Came Outside and Saw the Stars Again, Latin American Literature Today, and more. Her interviews can be found at World Literature Today and Words Without Borders. She is one of the selected translators for the 2021 ALTA Emerging Translators Mentorship program with a focus on Taiwanese prose.

Yang Shuang-zi was born in Taichung in 1984. The pen name “Shuang-zi,” literally “twin,” is in memory of her twin sister, who was also a writer. She started to write fiction in 2003, and to publish lesbian fiction with allusions to Taiwanese historic details. Devoted to themes on women’s love for women, she is concerned with gender equality, Taiwanese folklore, and the public history of food. She lives with her wife and two cats in New Taipei. 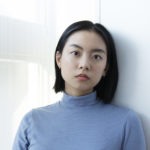 Lin King is a writer, translator, and teacher from Taipei. Her work has been published in SLICE, Columbia Journal, and e-flux, among others, and has been awarded the PEN/Robert J. Dau Prize for Emerging Writers. She is currently pursuing an MFA in fiction and literary translation at Columbia University, where she teaches first-year writing.