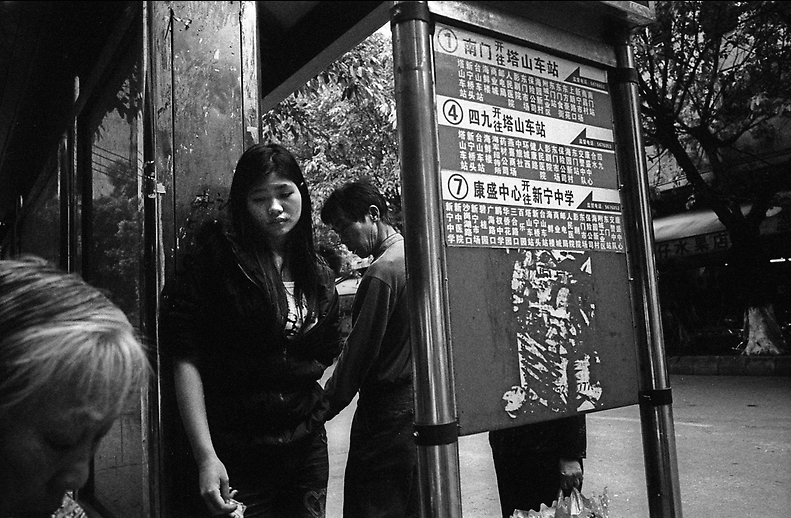 So if China’s going to be the capital of the 21st Century, what does it mean to leave this new metropole or come back? Photographer Alan Chin and writers Suzanne Ma and Val Wang, moderated by Wah-Ming Chang, touch upon what it means to immigrate from China and what it means to return–in a time when 50 million Chinese live overseas, and when more people migrate within China than anywhere else in history.

In 2008, Pulitzer-nominated photographer Alan Chin went back to his ancestral village in Toishan–until the 1960s, the origin of two-thirds of Chinese American migration. You can see a slideshow of his haunting black-and-white photographs in The Margins. He’ll screen his photographs, some of which are in the collection at the Museum of Modern Art. Val Wang also returned to the mainland and her book Beijing Bastard: Into the Wilds of a Changing China (Gotham 2014) documents Val’s travels back to the land her family fled before the communist takeover. A rebellious outcast, Wang chronicles the outsiders caught in the tension between the old and new in late nineties Beijing. The arrow of immigration points the other way in Meet Me In Venice (Rowman & Littlefield 2015) by Wall Street Journal contributor Suzanne Ma. The book tells the untold true story of thousands of Chinese emigrants who end up in an unlikely place: not San Jose, New York or LA, but Venice Italy, a city that’s harbored Chinese migrants for centuries. Wah-Ming Chang is the Managing Editor at Melville House. /\ /\ \/\/ \/\/