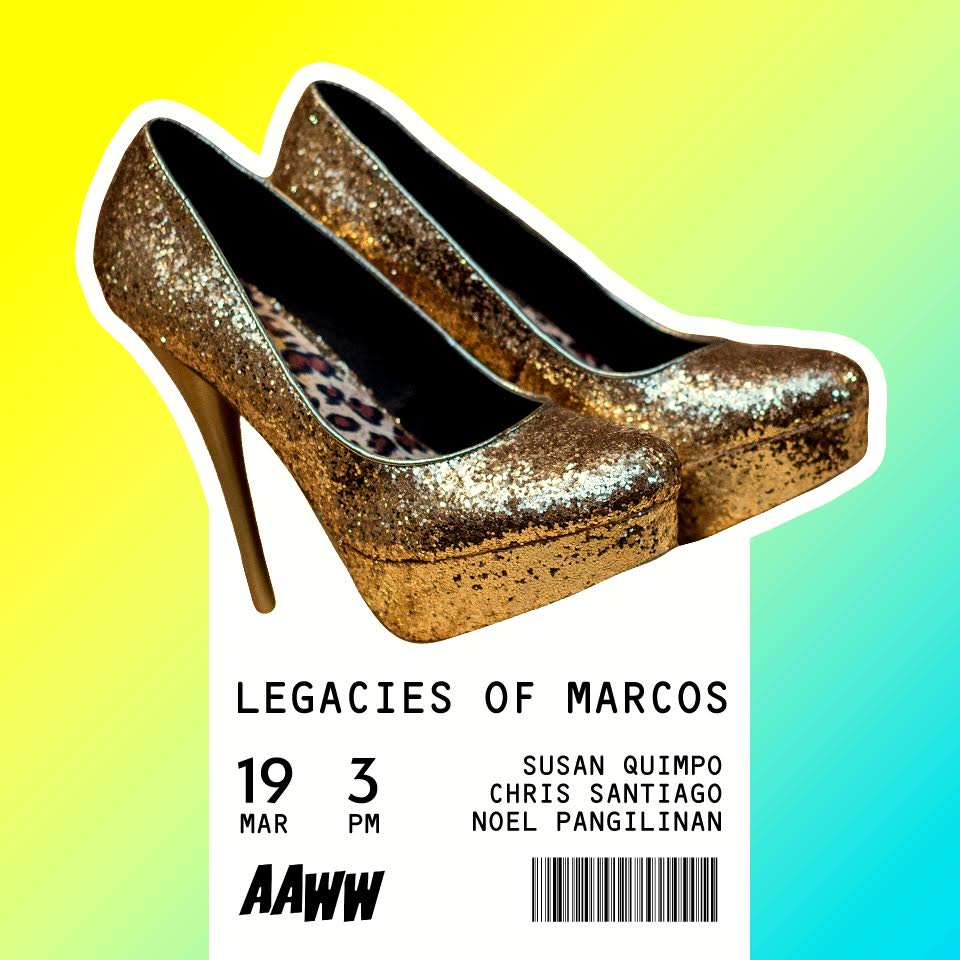 Come through for a rare New York appearance by two out-of-town authors reading works about family turmoil, revolution, and the legacy of Ferdinand Marcos’s rule in the Philippines–a vital reference point to anyone thinking today about authoritarian rule and resistance. Seven members of Susan Quimpo’s family joined the anti-Marcos resistance. Both history and a moving personal story, her book Subversive Lives: A Family Memoir of the Marcos Years tells their powerful saga of revolution and family turmoil and vindication. Second-generation Pinoy poet Chris Santiago writes about uncles who fought against Marcos in his new poetry collection Tula, which explores immigrant identity, the landscape of the Philippines, and the material texture of Tagalog. Moderated by Professor and journalist Noel Pangilinan, the editor of AAWW’s Open City and himself an activist during the Marcos era.

Susan F. Quimpo co-wrote and co-edited Subversive Lives: A Family Memoir of the Marcos Years (Ohio University Press, 2016; Anvil Publishing) to fight revisionists who have tried to whitewash the Marcos era. An unprecedented memoir and vital historical primer, the book tells her family saga of revolution–ranging from smuggling weapons for the New People’s Army (the armed branch of the Communist Party of the Philippines) to organizing uprisings and strikes to imprisonment, death, and torture. While the book functions as an accessible intro for the Marcos years, Quimpo’s story also shows the cost of revolution to one’s family and friends. Check out an excerpt of the book here.

Chris Santiago’s debut poetry collection Tula (Milkweed 2016)–the Tagalog word for “poem”–explores what it means to be the “blood stranger,” the second-generation child of immigrants who is alienated from their language and landscape. Winner of the 2016 Lindquist & Vennum Prize, the book grapples with what it means to be both deeply informed and cut off from your parents’ home. The book was partly inspired by interviews Santiago conducted with his uncles who fought against the Marcos regime–at tremendous personal cost. As he told PBS Newshour, “My uncles gave up so much. It was for a patriotism that I don’t have allegiance to since I was raised here. But I wanted to tell their story to keep their spirit alive.” As Viet Nguyen writes: “Chris Santiago’s poems encourage us to see English the way an immigrant does—as something different, to be broken and remade.” Check out three of his poems in AAWW’s The Margins.

Noel Pangilinan is the editor of AAWW’s online magazine of Asian immigrant communities, Open City. He previously served as an editor and reporter at five major newspapers in the Philippines, as well as publications director at the Philippine Forum. He currently teaches Filipino, Philippine History and Filipino American Literature at the College of Mount Saint Vincent, Rutgers University, and Hunter College.