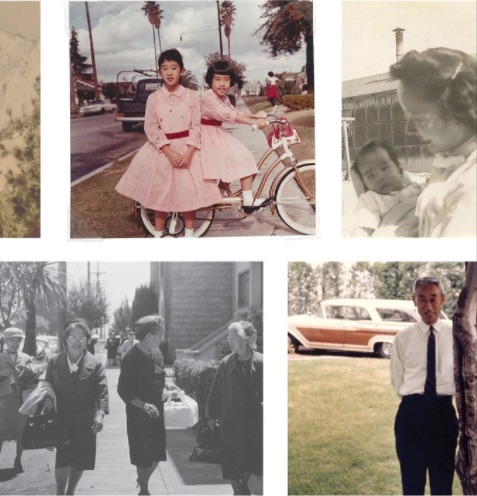 Founded in September 2002, Families for Freedom is a New York-based multi-ethnic human rights organization by and for families facing and fighting deportation. We are immigrant prisoners (detainees), former immigrant prisoners, their loved ones, or individuals at risk of deportation. We come from dozens of countries, across continents. FFF seeks to repeal the laws that are tearing apart our homes and neighborhoods; and to build the power of immigrant communities as communities of color, to provide a guiding voice in the growing movement for immigrant rights as human rights.

Christine Kitano was born in Los Angeles, CA. Her mother is a first-generation immigrant from Korea, and her father is nisei (second-generation) Japanese American. Christine earned an MFA in Creative Writing (poetry) from Syracuse University and a PhD in English and Creative Writing from Texas Tech University. She is an assistant professor at Ithaca College where she teaches creative writing, poetry, and Asian American literature. Research interests include 20th-21st century American poetry, Asian American literature, immigrant poetry, and critical theory. She is the author of the poetry collections Sky Country (BOA Editions) and Birds of Paradise (Lynx House).

Terry Watada’s novel The Three Pleasures (Anvil Press, 2017) explores the untold story of Japanese internment in Canada. Told from the perspectives of three different members of the Japanese community in 1940s Vancouver, Watada chronicles how racial tension built up in the city post WWII and escalated to Canadian police sending young Japanese-Canadian men to internment camps in BC’s interior. Watada is also the author of the novel The Blood of Foxes, Daruma Days, four collections of poetry, and more. He is visiting the workshop from Toronto.

Karen Tei Yamashita is the author of Through the Arc of the Rain Forest, Brazil-Maru, Tropic of Orange, Circle K Cycles, I Hotel, and Anime Wong, all published by Coffee House Press. I Hotel was selected as a finalist for the National Book Award and awarded the California Book Award, the American Book Award, the Asian/Pacific American Librarians Association Award, and the Association for Asian American Studies Book Award. She has been a US Artists Ford Foundation Fellow and co-holder of the University of California Presidential Chair for Feminist & Critical Race & Ethnic Studies. She is currently Professor of Literature and Creative Writing at the University of California, Santa Cruz.

Tamara K. Nopper is a sociologist whose scholarship examines Asian Americans and race and class politics. She has worked in community activism related to Asian immigrants’ neighborhood and work conditions and peace/anti-war organizing.

Letters Beyond Bars: From Internment to Immigrant Detention