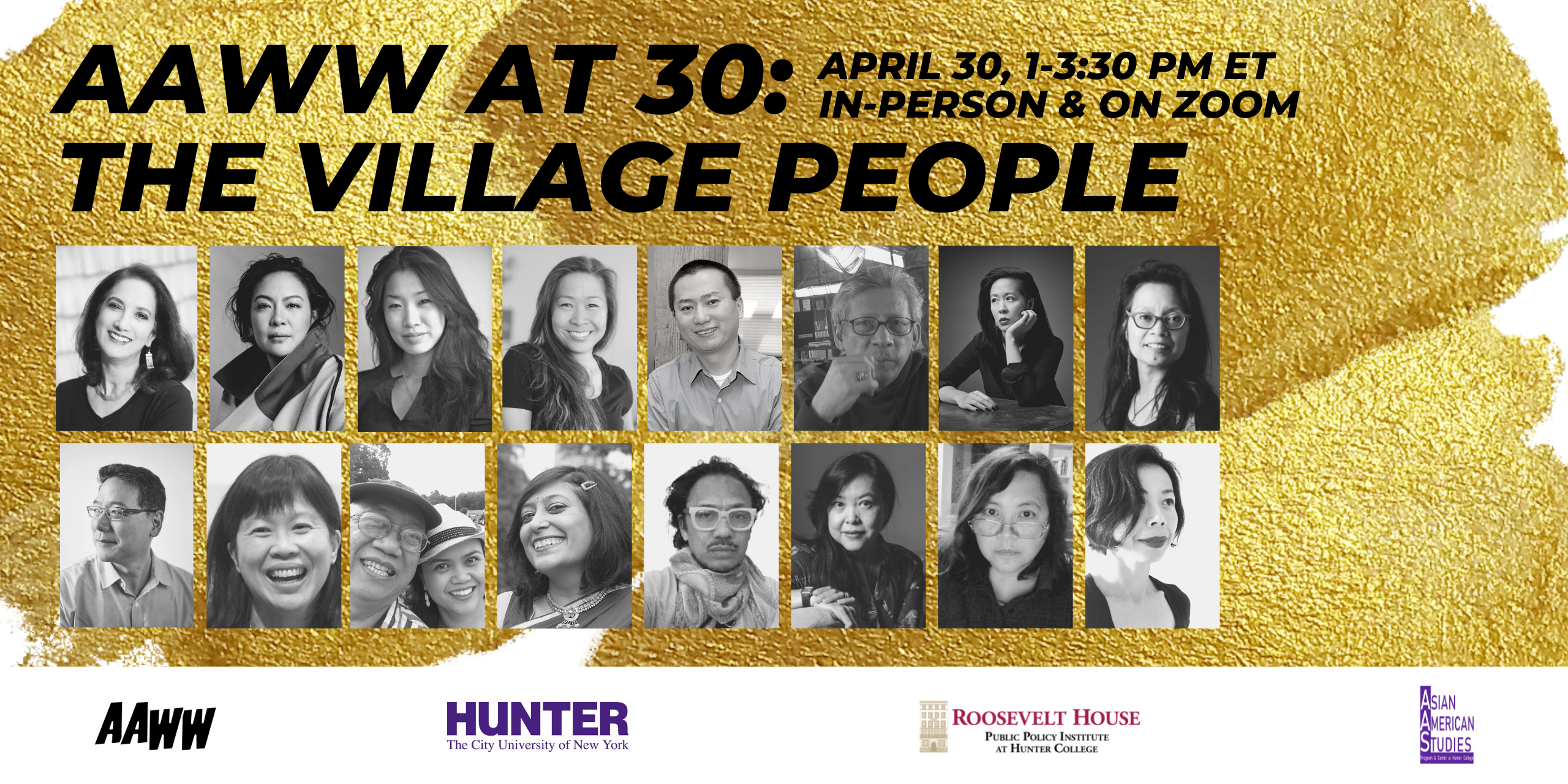 This event is in-person and will also be held on Zoom.

Please note that proof of vaccination is required to attend in person. Please upload at the following link: https://bit.ly/CLEARED4RH.

Location for in person attendees: 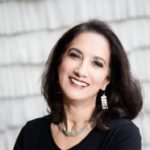 Marina Budhos is an author of award-winning fiction and nonfiction. Her most recent novel is The Long Ride, about three mixed race girls during  a 1970s integration struggle. (Wendy Lamb Books/Random House).  She recently published Watched , a follow-up to Ask Me No Questions, and takes on surveillance in a post 9/11 era. Set in Queens, NYC, Watched tells the story of Naeem—a teenage boy who thinks he can charm his way through life. One day his mistakes catch up with him and the cops offer him a dark deal. Watched received an  Asian/Pacific American Award for Literature YA Honor (APALA) and is an Honor Book for The Walter Award  (We Need Diverse Books). Marina has also co-authored with her husband Marc Aronson, the nonfiction books Eyes of the World: Robert Capa & Gerda Taro & The Invention of Modern Photojournalism, which is currently under TV series development with film director Dev Benegal, and Sugar Changed the World: A Story of Magic, Spice, Slavery, Freedom & Science, which was a 2010 Los Angeles Times Book Award Finalist. Her books have been translated into several languages and Marina has been a Fulbright Scholar to India, received a 2020 NEA Literature Fellowship, an EMMA (Exceptional Merit Media Award), a Rona Jaffe Award for Women Writers, and two Fellowships from the New Jersey Council on the Arts. Her next novel, We Are All We Have, is forthcoming in 2022. 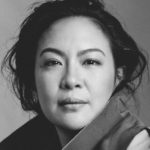 Nancy Bulalacao has been creating public programs for the Asian American community for 30 years. She has spearheaded AAPI programs for organizations and institutions that include Asian American Writers’ Workshop, Asia Society, and Museum of Chinese in America. She was the founder of Poets Theater in the 90s and most recently the nomadic FAM (Filipino American Museum). Last year she coordinated a coalition around a series of panels, titled Quiet Before, examining anti-Asian violence. She currently advises organizations on community outreach and public programs. Her clients include Ma-Yi Theater, National Asian American Theater Company and Newark Museum of Art. 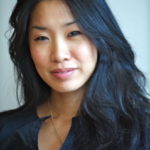 Tina Chang is the author of Half-Lit Houses, Of Gods & Strangers, and Hybrida (W.W. Norton, 2019). She is also co-editor of the Norton anthology Language for a New Century: Contemporary Poetry from the Middle East, Asia, and Beyond. Her poems have been published in journals such as American Poet, McSweeney’s, The New York Times, and Ploughshares.  She has received awards from the Academy of American Poets, the New York Foundation for the Arts, Poets & Writers, among others. She is the Director of Creative Writing at her alma mater, Binghamton University. 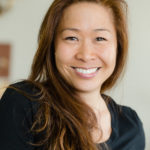 Christina Chiu is the author of the novel Beauty and a collection of interconnected stories, Troublemaker and Other Saints. She curates and co-hosts the Pen Parentis Literary Salon. 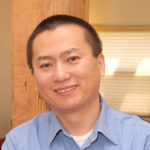 A graduate of the creative writing program at the University of Michigan, Curtis Chin has received awards from ABC/Disney Television, New York Foundation for the Arts, National Endowment for the Arts and more. Chin has screened his films, Vincent Who? and Tested, with over 600 entities in sixteen countries including the White House, Amnesty International, and the Government of Norway. A co-founder of the Asian American Writers’ Workshop, his memoir, “Everything I Learned, I Learned in a Chinese Restaurant” will be published by Little, Brown in 2024. He can be found at CurtisFromDetroit.com. @curtischin 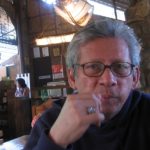 Poet, playwright, and nonfiction writer, Luis H. Francia teaches Filipino Language & Culture at New York University’s Department of Social and Cultural Analysis. His poetry collections include Tattered Boat and Thorn Grass. His play Black Henry, on Magellan’s 1521 disastrous landfall in the Philippines, was staged virtually in 2021 by Atlantic Pacific Theatre Group and produced by NYU’s King Juan Carlos Center and Sulo: Philippine Studies Initiative. Among his nonfiction works are Eye of the Fish: A Personal Archipelago, winner of both the 2002 PEN Open Book Award and the Asian American Writers Workshop Award, and A History of the Philippines: From Indios Bravos to Filipinos. He is in the Library of America’s Becoming Americans: Four Centuries of Immigrant Writing. Lisa Ko is the author of The Leavers, which was a 2017 National Book Award for Fiction finalist, won the 2016 PEN/Bellwether Prize for Socially Engaged Fiction, and was a finalist for the 2018 PEN/Hemingway Award and the 2017 Barnes and Noble Discover Great New Writers Award. The Leavers was a national best seller and named a best book of the year by NPR, Entertainment Weekly, Buzzfeed, The Los Angeles Times, Electric Literature, the Irish Times and others, and has been translated into five languages. Her short fiction has appeared in Best American Short Storiesand her essays and nonfiction in The New York Times, The Believer, and elsewhere. She is the recipient of fellowships from Hedgebrook, the Black Mountain Institute at the University of Nevada, Ucross, Blue Mountain Center, the New York Foundation for the Arts, the Lower Manhattan Cultural Council, and the MacDowell Colony, among others. She has taught creative writing at the City College of New York, Indiana University, the New School, Queens College, the One Story Summer Writers Conference, and in many community settings. She lives in New York City. 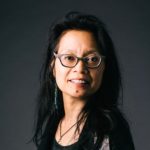 Marie Myung-Ok Lee’s next novel, The Evening Hero, is forthcoming with Simon & Schuster in May 2022. Her young adult novel, Finding my Voice, is considered to be the first contemporary-set YA with an Asian protagonist. She has written for The New York Times, Slate, The Guardian, The Nation, The Atlantic, The Paris Review, and Salon. She teaches fiction at Columbia where she is Writer in Residence. The essay series she did for Slate on treating her son with autism with cannabis was featured in Dr. Sanjay Gupta’s CNN series, “Weed.” 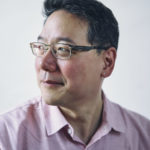 Ed Lin, a native New Yorker of Taiwanese and Chinese descent, is the first writer to win three Asian American Literary Awards. His latest books are David Tung Can’t Have a Girlfriend Until He Gets Into an Ivy League College, published by Kaya Press in 2020, and Death Doesn’t Forget, which will be published by Soho Crime in July 2022. 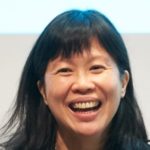 Vivian Louie is Professor of Urban Policy and Planning and Director of the Asian American Studies Center and Program at Hunter College. Louie studies what it means to be an American, civic participation and civic education and the role of race, ethnicity, immigration, social class and gender. She also writes about the factors that shape educational and workplace success among immigrants and the children of immigrants. She is the author of Compelled to Excel: Immigration, Education and Opportunity Among Chinese Americans and Keeping the Immigrant Bargain: The Costs and Rewards of Success in America, and co-editor of Writing Immigration: Scholars and Journalists in Dialogue. 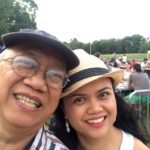 Vina Orden is an Editor for poetry and creative nonfiction at Slant’d magazine and a freelance writer focused on stories about the Filipino American community. Currently, she is a 2022 Open City Fellow, and in addition to AAWW’s The Margins, her nonfiction has appeared in hella pinay, Hyperallergic, Asian Journal, The FilAm, and CUNY Forum. She recently participated in Tin House’s 2022 YA Workshop and will continue working on her first historical fantasy novel for young adults as a 2022 Kweli Sing the Truth! mentee. 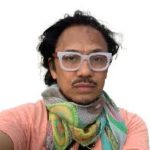 PoemTeller/Fictionist/Educator Bino A. Realuyo is the author of The Gods We Worship Live Next Door and The Umbrella Country, and editor of The NuyorAsian Anthology: Asian American Writings about New York City (AAWW/Temple, 1999).  He recently completed two more books:  Funny Little Island People (short stories) and #TheRebelSonnets (poetry).  His new works can be found in the recent issues of The Harvard Review, The Georgia Review, The Common, Salamander, North American Review, New American Writing, Missouri Review, Painted Bride Quarterly, and ZYZZYVA.  A graduate of Harvard University, he lives in NYC and has worked as an adult educator and immigrant rights/community organizer for the past 25 years.  Read about his reflections on the past 30 years of activism and community work at binoarealuyo.com.  Follow him on Twitter and Instagram:  @BinoARealuyo 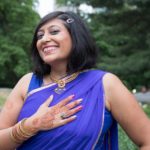 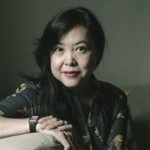 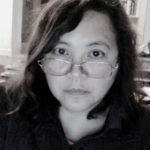 Eileen R. Tabios has released over 60 collections of poetry, fiction, essays, and experimental biographies from publishers in 10 countries and cyberspace. In 2021, she released her first novel DoveLion: A Fairy Tale for Our Times and first French book La Vie erotique de l’art (trans. Samuel Rochery). Her books include a form-based “Selected Poems” series which focus on the prose poem, the catalog or list poem, visual poetry, and tercets; she issues “Selecteds” based on poetry form to show how she expanded a form’s landscape. Her award-winning body of work includes inventing the hay(na)ku, a 21st century diasporic poetic form, and the MDR Poetry Generator that can create poems totaling theoretical infinity, as well as a first poetry book, Beyond Life Sentences, which received the Philippines’ National Book Award for Poetry. Translated into 11 languages, she also has edited, co-edited or conceptualized 15 anthologies of poetry, fiction and essays. More information is at http://eileenrtabios.com 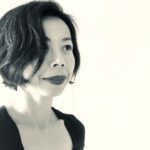 Barbara Tran‘s writing has appeared in Conjunctions, Ploughshares, and The Paris Review. A video poem of hers will tour with the Diasporic Vietnamese Artists Network traveling exhibition “Textures of April 30th” in 2022. A contributor to She Who Has No Master(s)’ collaborative projects, Barbara is a member of the arts and humanities collective AfroMundo. Honors include a MacDowell Freund Fellowship, Bread Loaf Scholarship, Pushcart Prize, and Lannan Foundation Writing Residency. Along with Monique Truong and Luu Truong Khoi, Barbara is co-editor of Watermark: Vietnamese American Poetry & Prose, which will be released in a 25th anniversary edition in 2023. Barbara gratefully acknowledges Hedgebrook for radical hospitality at a crucial time and Canada Council for the Arts for essential support.

[LIVE] AAWW AT 30: The Village People