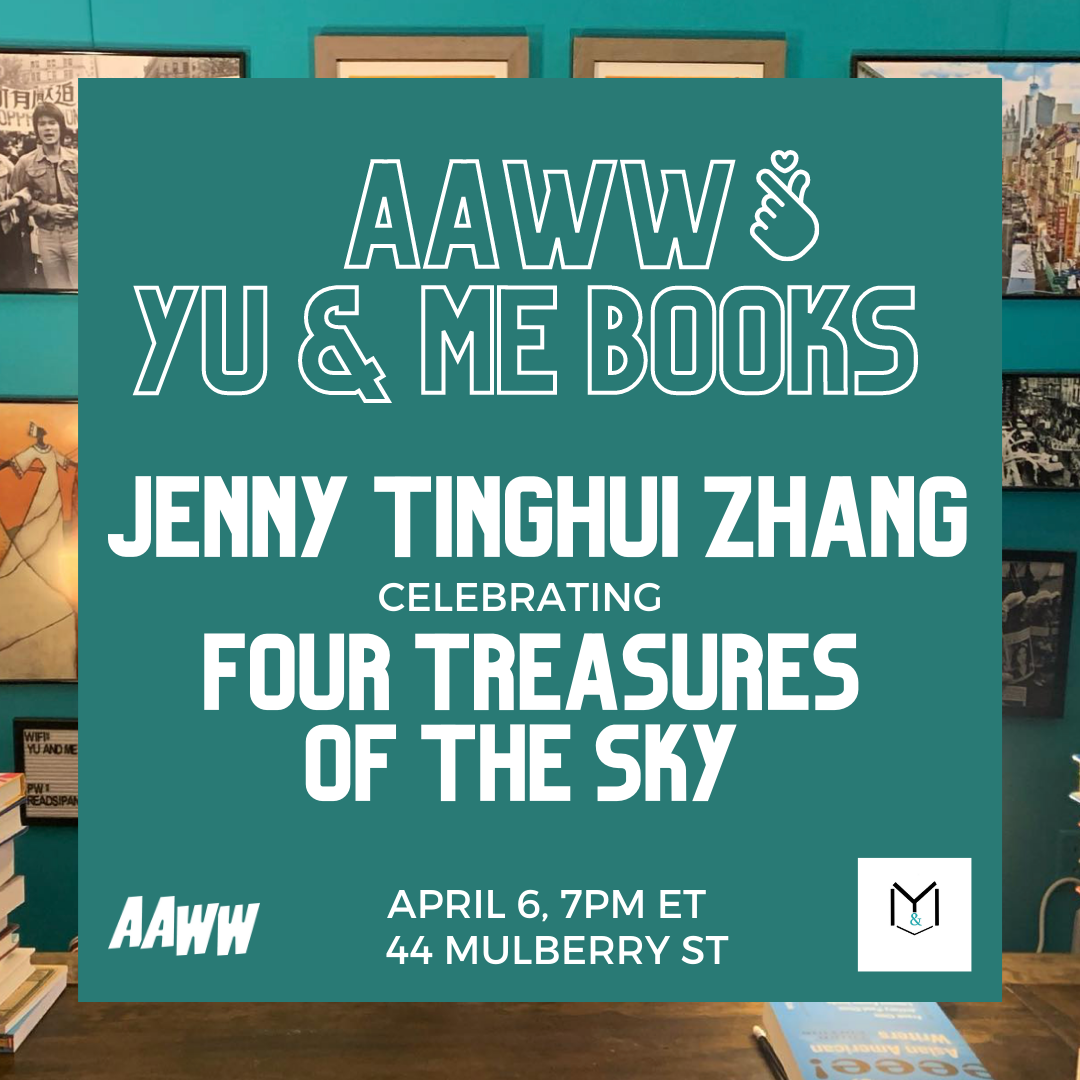 The Asian American Writers’ Workshop, in partnership with Yu & Me Books (NYC’s first Asian American woman-owned bookstore!), presents a reading and conversation with debut novelist Jenny Tinghui Zhang. Jenny will join us to celebrate the publication of her book, Four Treasures of the Sky, “an engulfing, bighearted, and heartbreaking novel” (Ann Patchett), and will speak with AAWW’s Programs Manager, Lily Philpott.

Pre-order a copy of Four Treasures of the Sky from Yu & Me Books’ Bookshop page here. 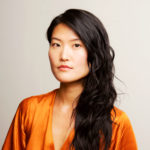 Jenny Tinghui Zhang is a Chinese-American writer. Her fiction and nonfiction have appeared in Apogee, Ninth Letter, Passages North, The Rumpus, HuffPost, The Cut, Catapult, and elsewhere. She holds an MFA from the University of Wyoming and has received support from Kundiman, Tin House, and VONA/Voices. She was born in Changchun, China and grew up in Austin, Texas, where she currently lives. Four Treasures of the Sky is her debut. 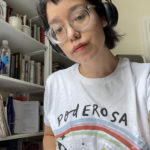 Lily Philpott is a transracial adoptee born in Santiago, Chile, and raised in New England. She has worked with arts and literary nonprofit organizations for nearly a decade – including PEN America, the Guggenheim Museum, and the New York Public Library – and currently manages public programs and fellowships at the Asian American Writers’ Workshop. Her work has been published in khōréō Magazine, and she has contributed interviews with emerging Latin American authors to Huellas Magazine. She is a member of the adoptee writers’ collective, Starlings Collective, and lives in Brooklyn.