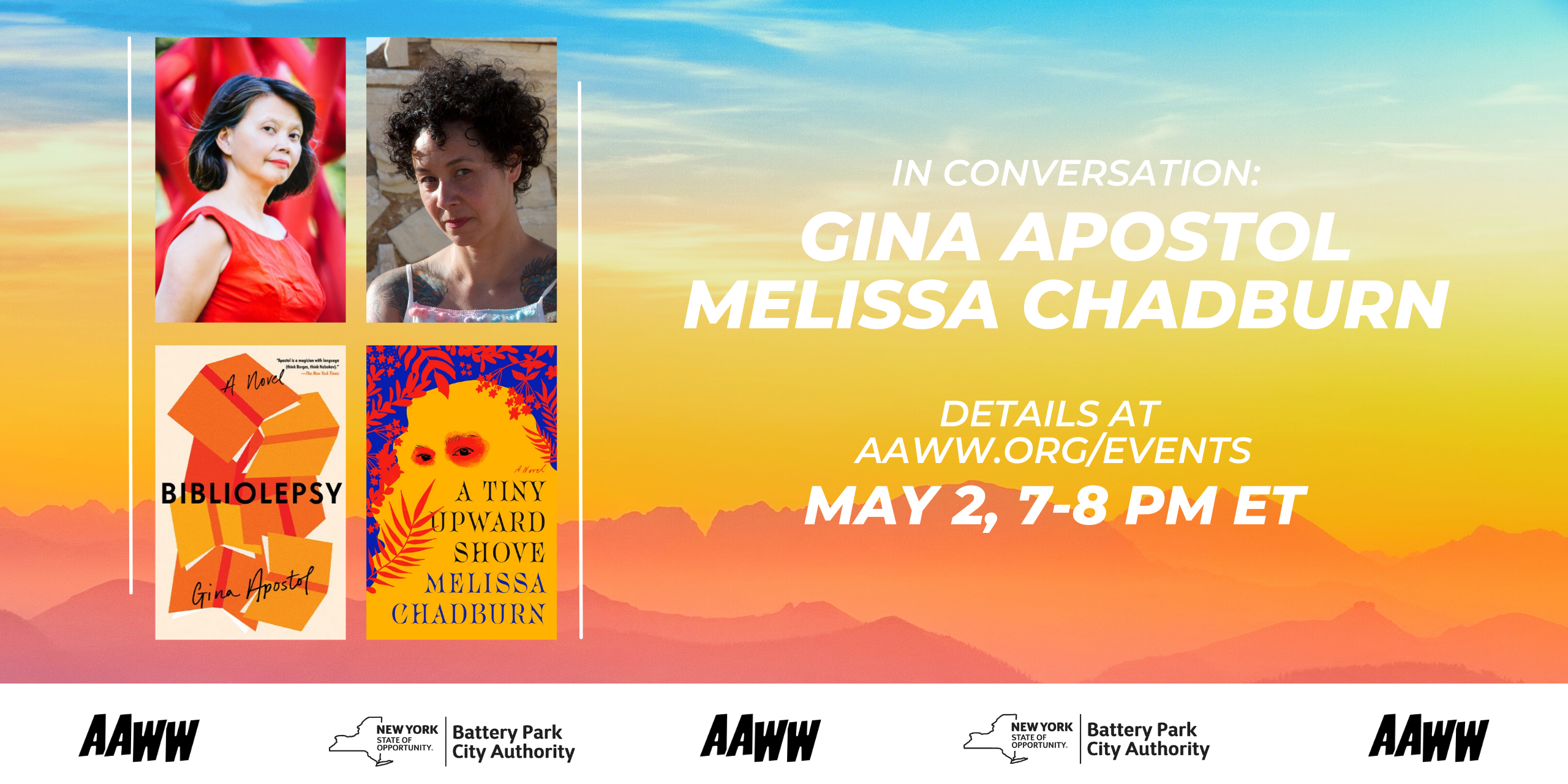 Writers Gina Apostol (Bibliolepsy) and Melissa Chadburn (A Tiny Upward Shove) will join the Asian American Writers’ Workshop in Battery Park City this May, to read from and discuss their books. Drawing on themes of Filipinx myth, folklore, and history, and the women whose fates are entwined in all three, they’ll speak to the power of the written word to liberate us all.

This event is presented in partnership with Battery Park City Authority.

This event will take place outdoors (rain venue to be announced), at Teardrop Park in Battery Park City. Please RSVP for more information on the precise location of where we’ll gather to hear from Gina and Melissa! 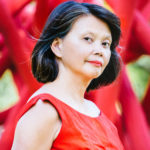 Gina Apostol‘s fourth novel, Insurrecto, was named by Publishers’ Weekly one of the Ten Best Books of 2018. Her third book, Gun Dealers’ Daughter, won the 2013 PEN/Open Book Award. Her first two novels, Bibliolepsy and The Revolution According to Raymundo Mata, both won the Juan Laya Prize for the Novel (Philippine National Book Award). She was a fellow at Civitella Ranieri in Umbria, Italy, and Emily Harvey Foundation, among others. Her essays and stories have appeared in The New York Times, Los Angeles Review of Books, Foreign Policy, Gettysburg Review, Massachusetts Review, and others. She lives in New York City and western Massachusetts and grew up in Tacloban, Leyte, in the Philippines. She teaches at the Fieldston School in New York City. 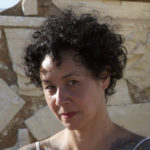 Melissa Chadburn’s writing has appeared in The LA Times, NYT Book Review, NYRB, Longreads, Paris Review online, and dozens other places. Her essay on food insecurity was published in Best American Food Writing 2019. She’s done extensive reporting on the child welfare system and appears in the Netflix docuseries The Trials of Gabriel Fernandez. Her debut novel, A Tiny Upward Shove, is forthcoming with Farrar, Straus, & Giroux. She is a Ph.D. candidate at USC’s Creative Writing Program. Melissa is a worker lover and through her own work and literary citizenship strives to upend economic violence. Her mother taught her how to sharpen a pencil with a knife and she’s basically been doing that ever since.