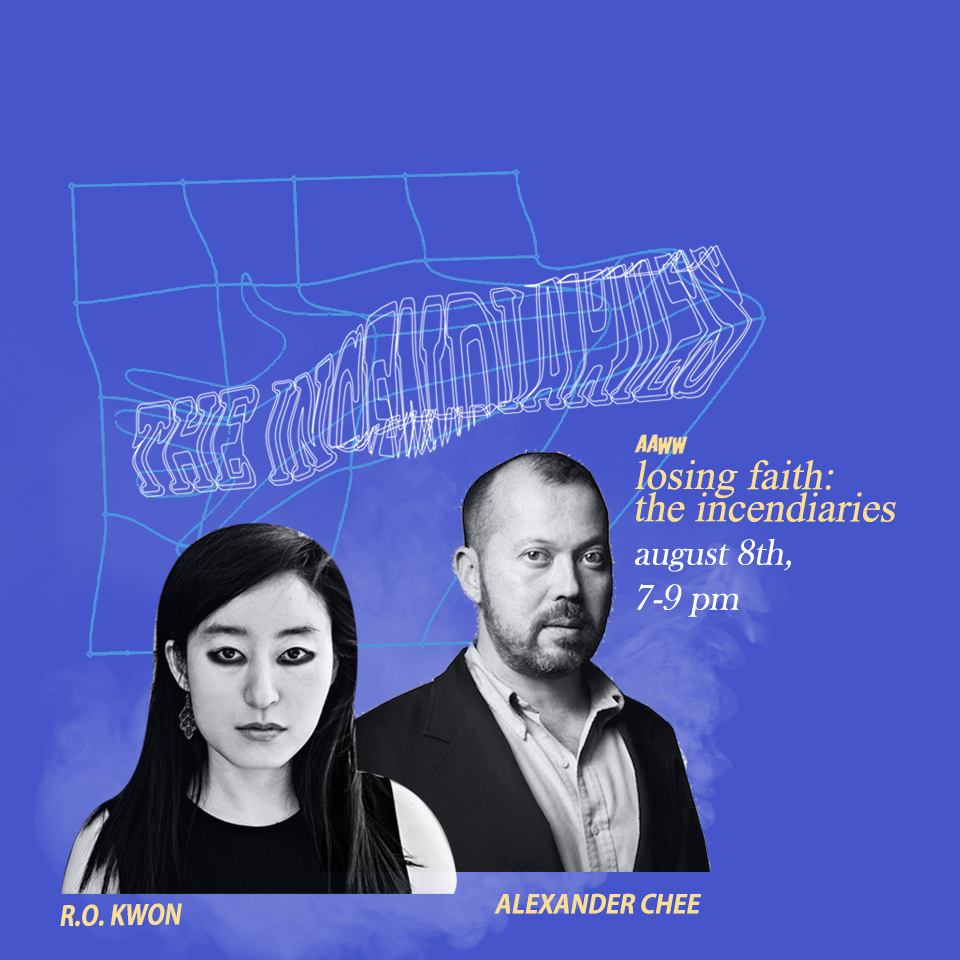 Dark, glittering, and obsessive ― can new love feel the same as new faith? Part fractured love story, campus novel, and thriller turned cult lit, R.O. Kwon’s haunting debut novel The Incendiaries ― named one of the most anticipated fiction debuts of the year by the New York Times and the Millions ― follows the journey of a Korean American college student under the spell of grief, a new love and a classmate who lures her to into acts of domestic terrorism by a Christian cult tied to North Korea. Join us for a special launch event and celebration of the book with R.O. and How to Write an Autobiographical Novel author Alexander Chee, who will interview her about the book, the writing process, and grappling with religion and loss.

The Incendiaries (Riverhead, 2018) follows Phoebe Lin and Will Kendall, two misfits at an elite American university whose relationship becomes strained as Phoebe’s feelings of loss and confusion edges her towards a North Korea-based extremist cult. Viet Thanh Nguyen writes, “To read her novel is to follow an inexorable flame coming closer and closer to the object it will detonate – the characters, the crime, the story, and, ultimately, the reader.” R.O. is a National Endowment for the Arts Literature Fellow. Her writing is forthcoming forthcoming in The Guardian, Vice, Buzzfeed, Time, Noon, Electric Literature, Playboy, and elsewhere. She has received awards from Yaddo, MacDowell, the Bread Loaf Writers’ Conference, the Sewanee Writers’ Conference, Omi International, the Steinbeck Center, and the Norman Mailer Writers’ Colony. Born in South Korea, she has lived most of her life in the United States.

Alexander Chee is the author of the novels Edinburgh, The Queen of the Night, and the essay collection How To Write An Autobiographical Novel. He is a contributing editor at The New Republic, and an editor at large at VQR. His essays and stories have appeared in The New York Times Book Review, T Magazine, Tin House, Slate, Guernica, and Out, among others. He is winner of a 2003 Whiting Award, a 2004 NEA Fellowship in prose and a 2010 MCCA Fellowship, and residency fellowships from the MacDowell Colony, the VCCA, Civitella Ranieri and Amtrak. He is an associate professor of English and Creative Writing at Dartmouth College.

NOTE ON ACCESSIBILITY*The space is wheelchair accessible. No stairs. Direct elevator from ground floor to 6th floor.*We strongly encourage all participants of the space/event to be scent-free.If you all have any other specific questions about accessibility, please email Tiffany Le at tle@aaww.org with any questions on reserving priority seating./\ /\ \/\/ \/\/ 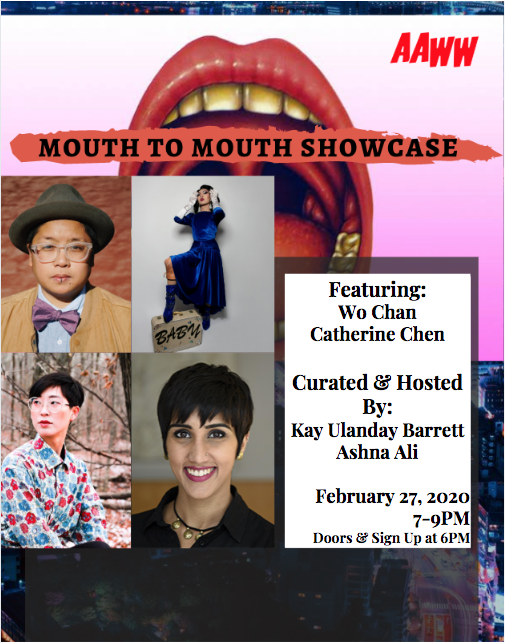 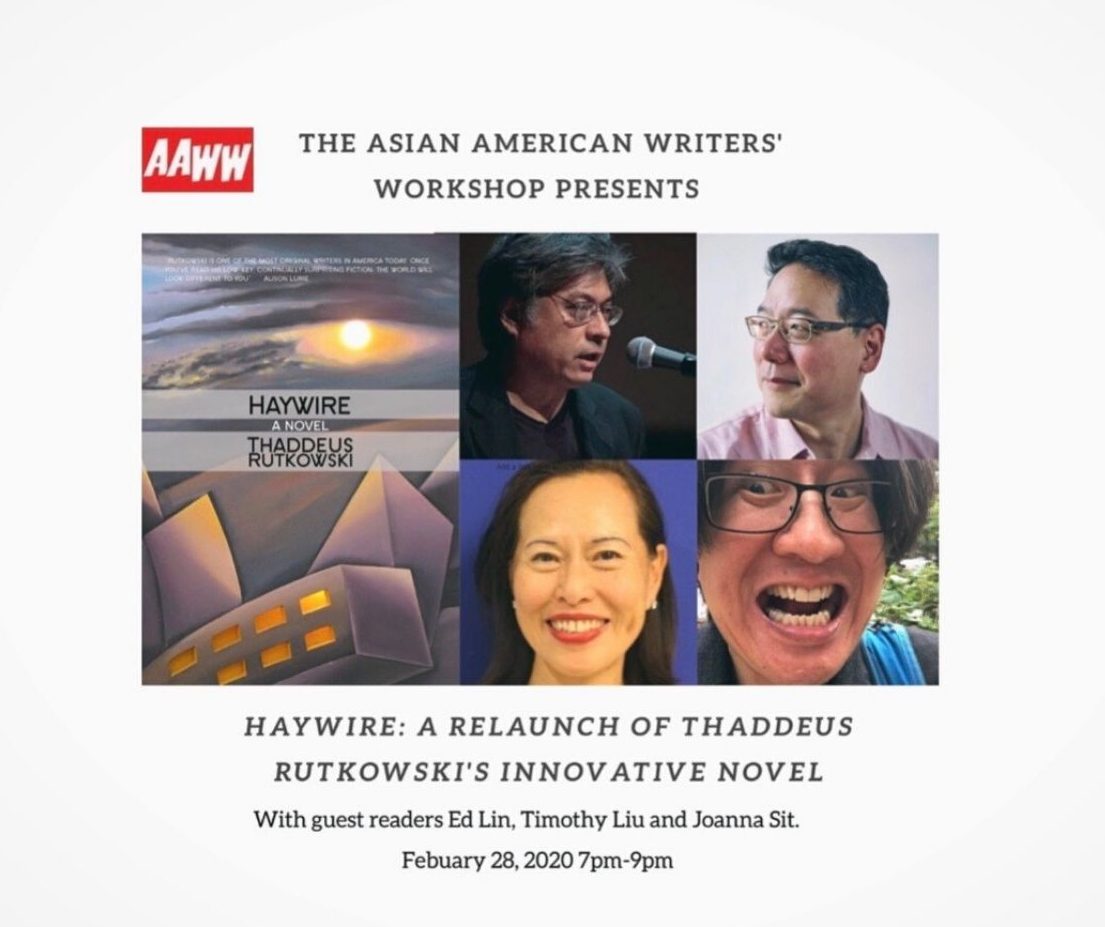 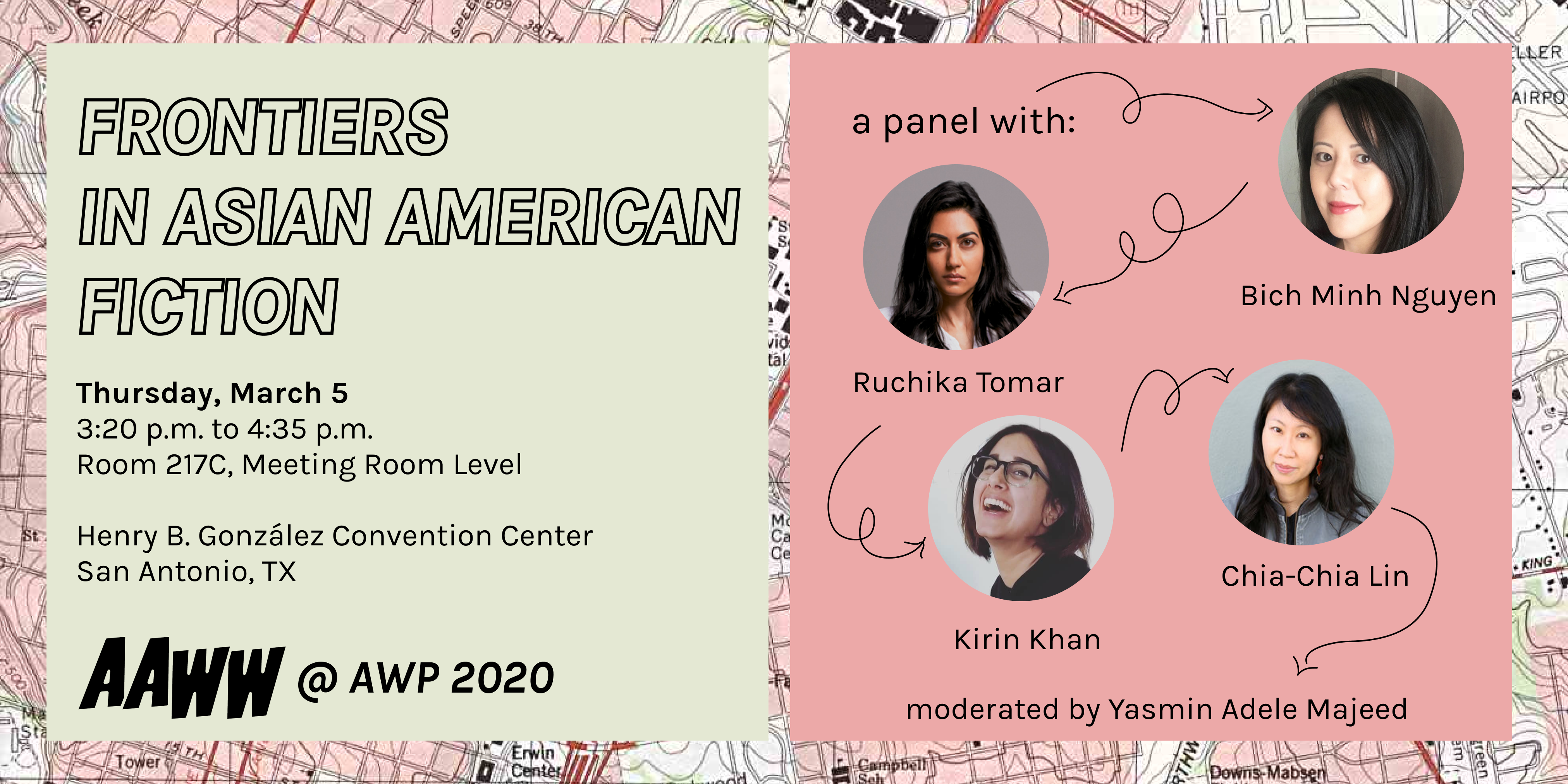 AAWW at AWP: Frontiers in Asian American Fiction
Four fiction writers speak to the ways they tackle questions of the frontier in their work, from immigrant families in the Alaskan wilderness, Little House on the Prairie, and the disturbing legacies of the American West.