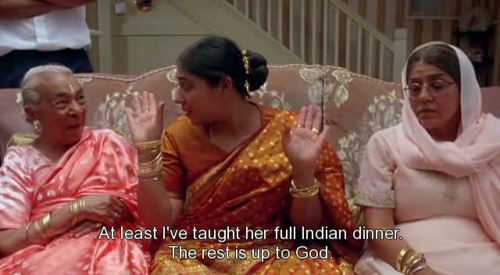 Celebrate Valentine’s Day by hearing two debut novelists—Mira Jacob and Sandip Roy—read about time-hopping stories about love, grief, and the complications of the South Asian immigrant family. Mira Jacob’s The Sleepwalker’s Guide to Dancing begins when Amina–30-ish and single—flies home to New Mexico to visit her South Indian parents: her brain surgeon father Thomas (who is hallucinating visits from ghosts) and her Jesus-loving mother Kamala (who wishes she were married now). Named one of 2014’s best books by the Boston Globe, Kirkus Reviews, and The Millions, Sleepwalker is—in the words of Jim Shepard—“a time-traveling multigenerational saga that still remains intimate in its feel and central focus… [I]t is most eloquent on the subject of a grief so profound that its everyday weight pulls the grievers closer to the dead than to the living. And yet the overall effect, miraculously, is celebratory.” Sandip Roy’s novel-in-stories Don’t Let Him Know begins when Amit finds a letter revealing his father’s romantic infidelities—what he doesn’t know (hence the title) is that his father’s affair had been with another man. A rare South Asian novel dealing with LGBT feelings—and in which it’s the father rather than the second generation kid that’s in the closet—Don’t Let Him Know jumps between Carbondale, Illinois and Calcutta. The book’s structure of linked stories range from Amit losing his virginity in college, his father’s secret relationship, and his mother’s grief as a widow. Visiting New York from the Bay Area, Sandip is a regular Huffington Post contributor and a commentator for Morning Edition on NPR.

The event will be moderated and introduced by former Open City Fellow Tanwi Nandini Islam, author of the forthcoming novel Bright Lines (Penguin Books 2015). Co-sponsored by the South Asian Journalists Association and the Indo-American Arts Council.