In this special 20th Anniversary Workshop reading, we honor Luis H. Francia, poet, journalist, professor, and former board member of The Asian American Writers’ Workshop. Francia will be reading from his just published chapbook The Beauty of Ghosts, alongside writer/friends. Linda Faigao Hall, Nita Noveno, Susan Soriano, and R.A. Villanueva will read selections from Francia’s works, as well as from their own works that resonate with his. 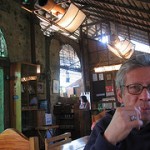 Poet, journalist, and nonfiction writer, Luis H. Francia teaches at Hunter College, and New York University as well as creative writing at the City University of Hong Kong and the University of Iowa summer writing program. Informed by an idiosyncratic sense of personal and collective history, his published writings include the poetry collections Museum of Absences, and The Arctic Archipelago and Other Poems; the memoir Eye of the Fish: A Personal Archipelago, winner of both the 2002 PEN Center Open Book and the 2002 Asian American Writers literary awards;Memories of Overdevelopment (1998), a collection of essays and reviews; and A History of the Philippines: From Indios Bravos to Filipinos (2010). He edited Brown River, White Ocean, an anthology of Philippine literature in English, and co-edited Flippin’: Filipinos on America, and Vestiges of War: The Philippine-American War and the Aftermath of an Imperial Dream, 1899-1999. His work has appeared in several literary anthologies as well as in The Village Voice, The Nation, Far Eastern Economic Review, and Asiaweek. He writes an online column for Manila’sPhilippine Daily Inquirer. 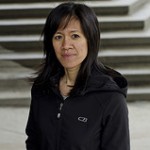 Nita Noveno was born and raised in Southeast Alaska. She is a graduate of the New School MFA Creative Writing Program in Creative Nonfiction, and is the founder and co-host of Sunday Salon (www.sundaysalon.com), a monthly prose reading series in its ninth year in NYC. She also edits the online literary zine, Salonzine. Her writing has appeared in The MacGuffinand Ducts.org, amongst other places. She is working on a collection of stories that merge tropical and temperate landscapes and the disparate lives of a father and daughter. Nita teaches English Composition at Lehman College and LaGuardia Community College. 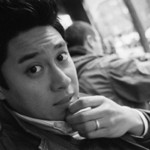 Linda Faigao-Hall’s most recent production was God, Sex and Blue Water at the Lion Theater. Other produced plays include Sparrow, The A –Word, The FeMale Heart, Woman From the Other Side of the World(most recently done in Khobar, Saudi Arabia), and State Without Grace. Her current full-length play, Dying in Boulder, was read recently at the Ensemble Studio Theater with Laila Robbins in the lead directed by Ian Morgan, Artistic Associate Director of the New Group. Her current work in progress Lay of the Land will be read at the New Group on April 26, 2011. She is currently teaching English at the College of New Rochelle and also runs the Writing Center at Mercy College.

As a media executive and PR consultant, Susan Soriano has worked at Pantheon Books, Conde Nast Traveler, National Geographic Traveler, New York,Parenting and Time magazines. She earned a graduate degree from the University of Chicago and has studied poetry with with Luis Francia, Miranda Field, and Marie Ponsot. She lives and works in New York City and Hastings-on-Hudson where she is serving a 5-year term on the town’s recently revived Village Arts Commission.